Six people have been hit by lightning while watching the FedEx Cup in Atlanta.

At least three of the spectators – who were on the green watching the golfing event – were seen lying on the ground after the incident occurred early Saturday afternoon.

Another man was seen being rushed into the back of an ambulance as he lay on a stretcher.

The condition of those struck by the lightning is not yet known.

Golfers were forced off the green in order to seek shelter during the vicious storm, which began shortly after midday.

Four people were struck by lightning while watching the FedEx Cup in Atlanta on Saturday afternoon. One of the men is seen being rushed into an ambulance on a stretcher 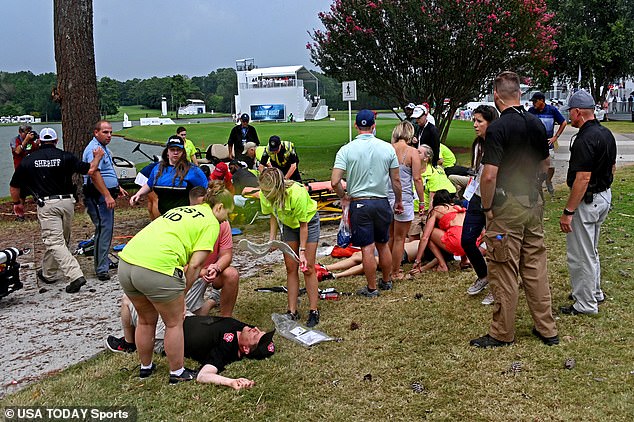 Medics who were on standby during the golfing event