It’s one of the most requested holiday periods of the year because of the school half-term.

But that didn’t stop six top Radio 2 presenters taking time off this week.

The line-up of hosts was rearranged so that Zoe Ball, Ken Bruce, Jeremy Vine, Steve Wright, Sara Cox and Trevor Nelson could all have breaks.

Regular listeners were surprised to hear a raft of stand-in presenters for most of the day – from 6.30am to midnight. 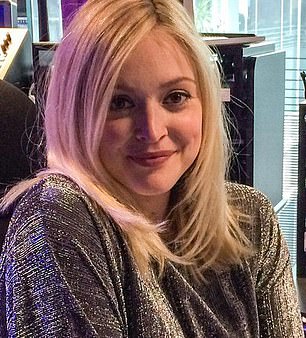 The line-up of hosts was rearranged so that Zoe Ball (left), Ken Bruce, Jeremy Vine, Steve Wright, Sara Cox and Trevor Nelson could all have breaks. Zoe will be replaced with Fearne Cotton (right)

Only two of the eight slots had their normal hosts. Fearne Cotton, 37, has been covering for the breakfast show host Miss Ball, 48, who informed her Instagram followers that she was ‘off camping’.

Bruce appeared to be having a low-key week as he spent some time with his tortoises. He shared a video of his pets munching on leaves, with the caption: ‘I’ve shelled out on a wild week off.’

Jeremy Vine, 54, was also on holiday as BBC media editor Amol Rajan, 35, took over his lunchtime current affairs show. Vine appeared to be enjoying a spot of culture as he paid a visit to author Agatha Christie’s house in Devon. 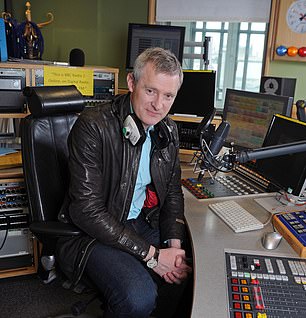 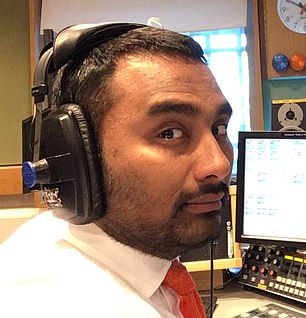 The presenter, who has two young daughters, shared a video of himself exploring Greenway House on his Instagram account yesterday. Steve Wright, 64, who presents the 2pm to 5pm slot, had the first part of the week off, replaced by OJ Borg, but was back on air for his afternoon show yesterday. Sara Cox, 44, who presents the drivetime show, is also absent from the airwaves this week, with Vanessa Feltz, 57, drafted in to front the show.

DJ Spoony, 48, has been sitting in for Trevor Nelson, 55, this week while he holidays in the Caribbean. The DJ, who fronts the 10pm to midnight programme, shared a video of himself from his sunbed by the beach over the weekend. 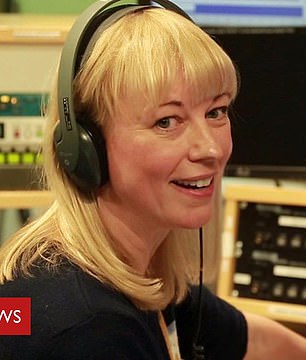 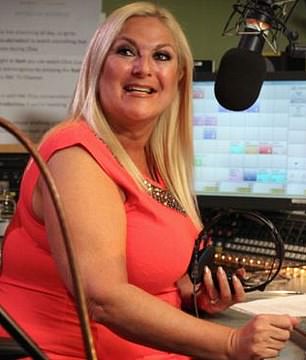 Sara Cox, 44 (left), who presents the drivetime show, is also absent from the airwaves this week, with Vanessa Feltz, 57 (right), drafted in to front the show

The decision to allow six top DJs to be off the air all at the same time has raised eyebrows.

In an online forum for former BBC staff and freelancers, one contributor noted: ‘Looking ahead this week – Monday to Friday – I note that at least six (80%?) of the daytime shows on Radio 2 are being presented by guest DJs in the absence of the main presenter. The main DJs are obviously on half-term leave.

‘In the good old days annual leave was strictly rostered in both office, operational and presentational areas, was it not?’ Another community member responded: ‘I recall that in our terms of service, leave/working hours were ‘subject to the needs of broadcasting’.’

He said: ‘When show presenters are on holiday their programmes are presented by a range of brilliant Radio 2 talent.’

The station is the most popular in the UK, attracting 15million listeners a week. Miss Cotton previously stood in for Miss Ball in March when she took two weeks’ leave.