Strength in the skies: Six US B-52s flew over all 30 NATO nations in a single day flanked by around 80 allied planes as US colonel says airforce stands in ‘lock step’ with British counterparts

Six US B-52s joined allied planes in a NATO exercise for the first time as air forces flew over all 30 nations in a single day.

Fighter jets took to the skies as the United States Air Force was joined by the UK’s Royal Air Force and others in a huge training exercise.

Around 80 aircraft flew in Exercise Point Blank on Thursday, including some from the Royal Netherlands Air Force.

The US B52 bomber planes took part for the first time this year, with other aircraft joining from an American base in Italy and USAF’s Europe and Africa units.

The annual operation is designed to hone tactics and ensure readiness among allied nations.

NATO said: ‘Six US air force B-52 bombers flew over all 30 NATO allies in one day.

‘They were escorted by 80 allied fighter aircraft, boosting their ability to train and operate together.’ 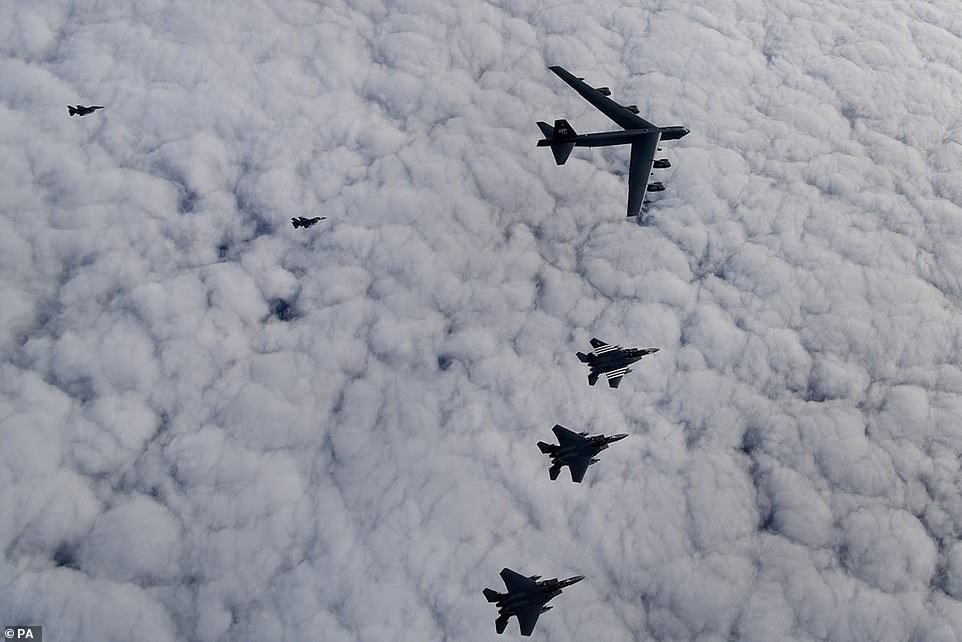 The Boeing B-52 Stratofortress has been operated by the United States Air Force since the 1950s.

Colonel Jason Camilletti, commander of USAF’s 48th Fighter Wing, based at RAF Lakenheath in Suffolk, said: ‘What started as a small grassroots training initiative between the US and Royal air forces has now grown into an adaptable large-scale exercise capable of incorporating joint service and multinational assets across the spectrum of conflict.

‘We stand in lock-step with our British and Nato counterparts, and are proud that our collective efforts ensure that we are always ready to own the skies.’ 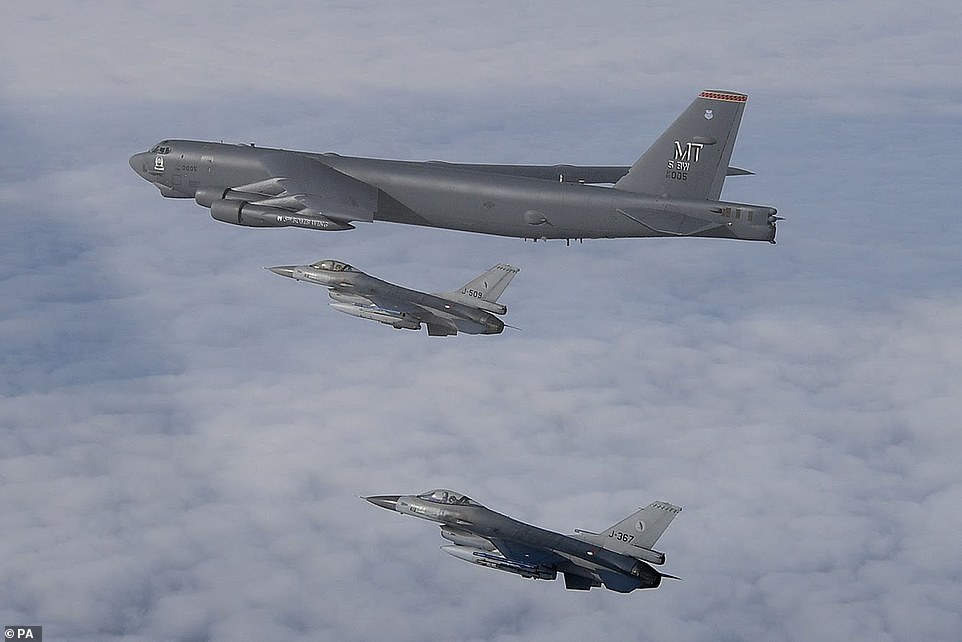 ‘Flying alongside our RAF partners and coordinating with the joint terminal attack controllers on the ground does just that.

‘The realism we achieve by replicating threats and partnering with our allies to achieve shared operational objectives ensures both of our nations are trained and ready to fly, fight and win together, whenever called upon.’

Last year, UK ground controllers integrated with US aircraft during a large force exercise for the first time, continuing the existing readiness training partnership between the two nations