A size 26 mother who once struggled to keep up with her young son is now training for the London Marathon after losing 7st.

Clarie O’Hara, 29, from Liverpool, piled on the pounds while gorging on pastries, sugary drinks and take-away meals, eventually tipping the scales at nearly 19st.

She described how she was so self-conscious of her size she refused to walk down the street and would instead drive the short distance to the local shop.

But after overhauling her diet and introducing exercise in December 2016, Claire has seen her weight drop to 12st – and she now slips her slimmer figure into size 10 jeans.

Before: Clarie O’Hara, 29, pictured, from Liverpool, piled on the pounds while gorging on pastries, sugary drinks and take-away meals, eventually tipping the scales at nearly 19st 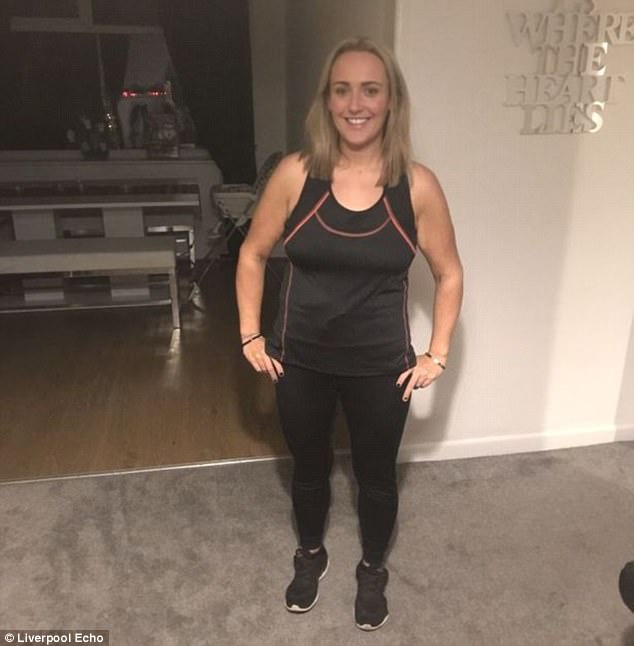 After: Claire, pictured today, vowed to turn her life around after struggling to keep up with her toddler son. Once too embarrassed to walk down the street, she is now training for a marathon

Claire, a digital banking advisor, started to put on weight in her mid-20s and saw her confidence start to suffer as her figure changed.

She said: ‘I would get in the car to go to the shop. It wasn’t that physically couldn’t walk, it was that I was just so, so lazy.

‘I would never go out and walk. It was pure laziness, but I also used to think people would be staring at me and talking about me. I used to just drive everywhere. 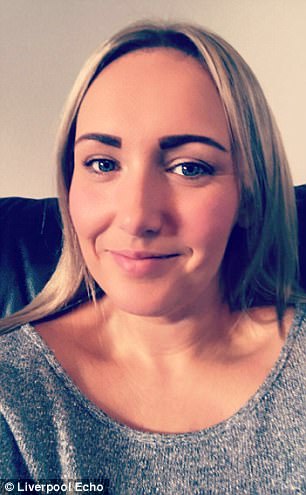 ‘I wouldn’t go out shopping because I wouldn’t fit in clothes, so I used not having clothes as an excuse not to go out. I’d be scared of people staring at me or judging me.’

Claire explained how she put on weight after her son William was born premature and she spent much of the next three months at his bedside in hospital.

She said: ‘It was literally a case of eating whatever was convenient and I never exercised. I’d always skip breakfast then I’d probably have a chocolate bar and crisps at about 10.

‘For lunch I’d have a pre-made sandwiches or pasties, and then for tea I’d literally have a takeaway.

‘It might have been a Chinese, or a pizza, or whatever was convenient really. I don’t really drink [alcohol] but I’d drink coke or fizzy drinks.’

Despite becoming more and more reclusive, Claire only realised things needed to change when she couldn’t keep up with her little one when he was walking around and playing.

She then vowed to turn her life around and joined a local Slimming World club alongside her mum.

Now, she has ditched the take-away convenience food in favour of healthy, home-cooked meals and has swapped her baggy clothes for figure-hugging mini skirts and fitted tops.

After beginning to document her journey online, Claire has gathered a huge following – with over 10,000 fans who check her Instagram daily to what she’s been eating and what she’s been wearing.

She has also started a new exercise regime, including gruelling boot camp sessions, weightlifting classes and running. Now she is training for the London Marathon in April and is fundraising for homeless charity Centrepoint.

Claire added: ‘My overall goal was to run in the London Marathon, and I thought “you know what, I’m going to do it”, so I applied and I got my place.

‘When I was out running I started to notice a lot of young homeless people. I’d already raised over £1,000 for the neonatal unit so I decided I’d do something for the homeless.’