Sizzling Saturday! Bunnings fans celebrate the return of the beloved sausage sanger – but a LOT has changed thanks to coronavirus restrictions

Hundreds of hungry Australians flocked to Bunnings on Saturday as it relaunched the famed sausage sizzle.

The iconic snack made a much-celebrated return to select stores in Queensland, Western Australia and South Australia on Saturday.

Though many people saw the sausage sizzle’s return as a sign that things are returning to normal, Bunnings made sure to implement several new safety measures to curb the spread of COVID-19.

This comes after the delicious shopping snack returned to Tasmania and the Northern Territory in early July.

The famous Bunnings sausage sizzle (pictured) made a much-celebrated return to select stores in Queensland, Western Australia and South Australia on Saturday 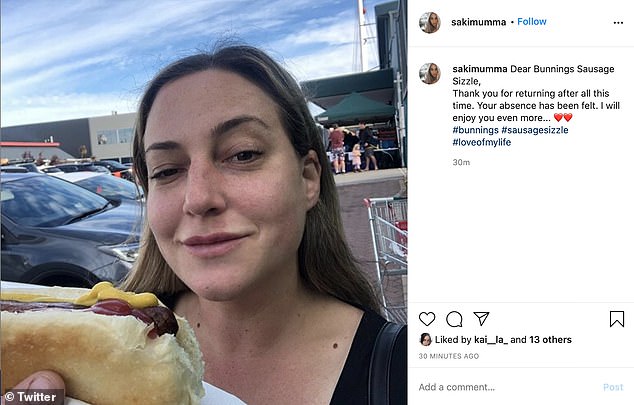 Though many people saw the sausage sizzle’s return as a sign that things are returning to normal, Bunnings made sure to implement several new safety measures to curb the spread of COVID-19

They rostered on additional team members to encourage physical distancing and increased signage to guide customers to the delicious sausage sizzle.

Hungry Bunnings’ shoppers followed the new safety measures and posted pictures online of themselves enjoying a sausage sandwich on the weekend.

A woman said on Instagram: ‘Dear Bunnings’ sausage sizzle. Thank you for returning after all this time.’

‘Your absence has been felt. I will enjoy you even more.’ 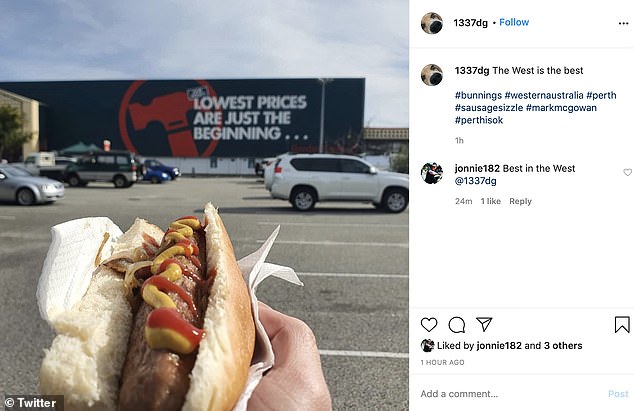 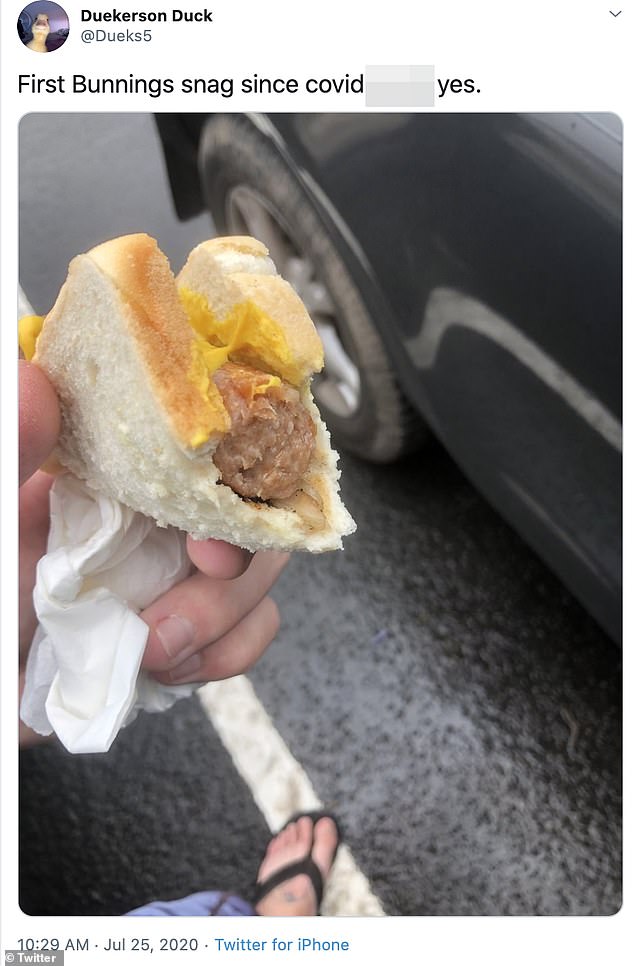 A man from Western Australia posted an image of a sausage sandwich covered in mustard and tomato sauce and said: ‘The West is the best.’

‘The Bunnings snags have returned, the earth is healing,’ a man said on Twitter with a picture of a half-eaten sausage sandwich.

A woman from South Australia said: ‘Bunnings sausage sizzles started up again in my state today. If you’re Australian, you get it.’

‘Bunnings snags are back. The best stuff,’ a Queensland man said. 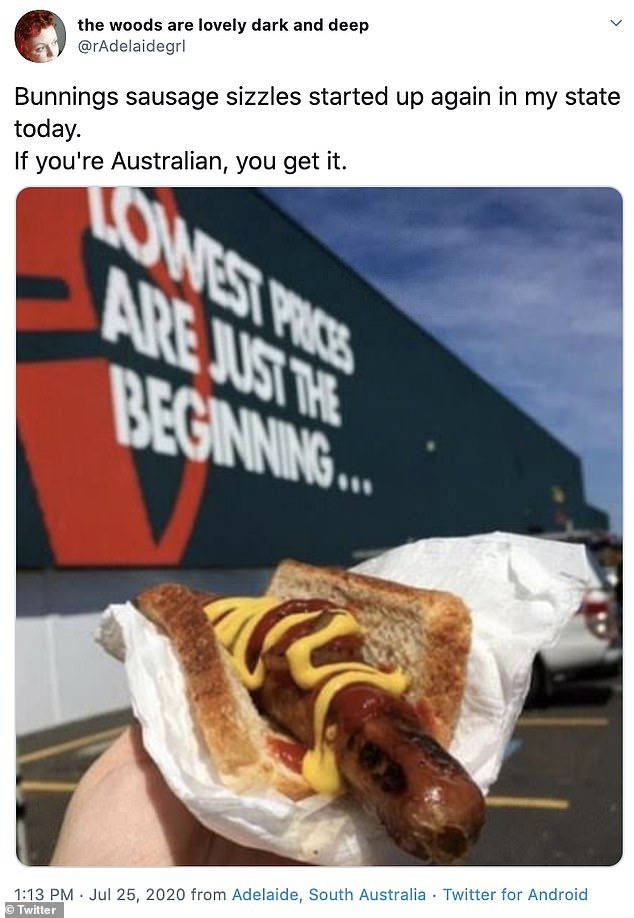 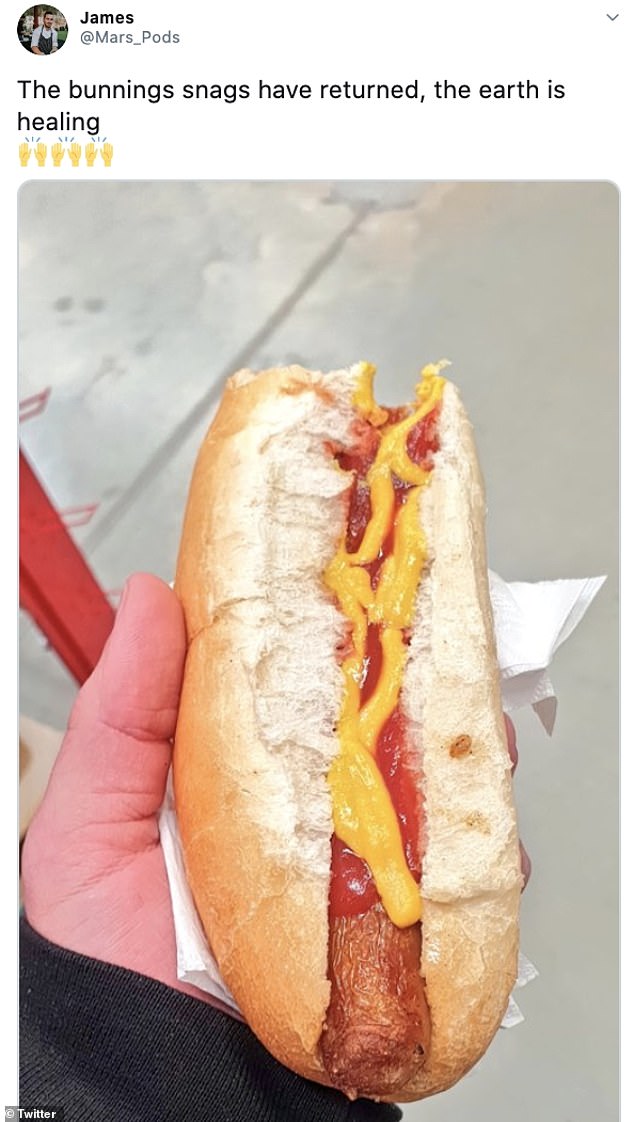 Bunnings Chief Operating Officer, Deb Poole, said she was excited to bring back the sausage sizzle to select stores.

‘We know community groups and customers in other states are just as keen to see them return, so we’re really excited to be bringing them back to Queensland, South Australia and Western Australia this weekend,’ Ms Poole said.

‘While our community groups are taking a number of extra precautions, what hasn’t changed is the great feeling of supporting a local community group and the unmistakable taste of an Aussie sausage sizzle.’

Bunnings suspended community sausage sizzles in March due to COVID-19.

For community groups that were booked over the following month, Bunnings donated $500 gift cards to these local organisations to assist with their fundraising activities.

Community groups who had sausage sizzles pre-booked during the lockdown are being prioritised for the restart with around two hundred groups booked for this weekend in QLD, SA and WA.

Bunnings is also planning for the return of sausage sizzles in NSW and the ACT and said they will continue to consult with government, team members and community groups and continue to follow the latest health advice. 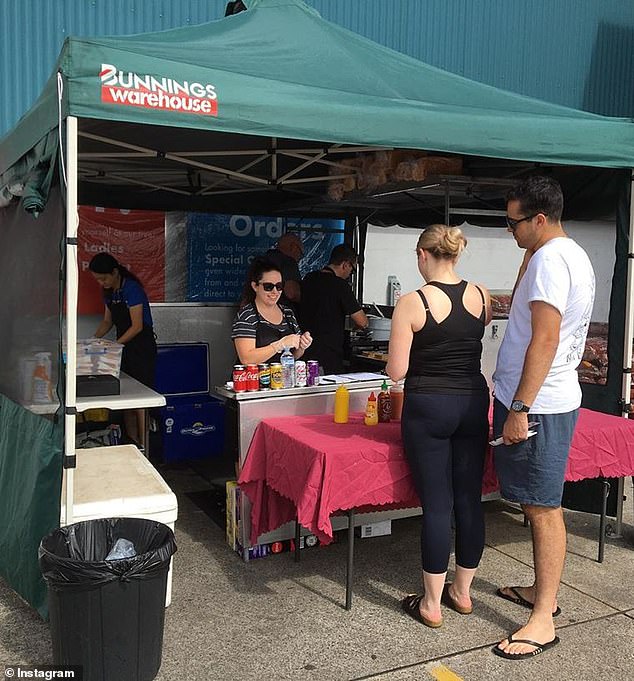 Stores where Bunnings plan to have sausage sizzles this weekend