Skateboarder, 10, on track to be youngest ever British summer Olympian at the Tokyo games

A 10-year-old skateboarder is on track to become Britain’s youngest-ever summer Olympian at next year’s Tokyo Games.

Sky Brown is one of five athletes identified by Skateboard GB to be given special funding in the run-up to the Games.

She is already the youngest professional skateboarder in the world and has 300,000 followers watching her tricks on Instagram.

If Sky qualifies for Tokyo, she will be 12 years and 15 days old when the skateboarding competition begins in Japan. 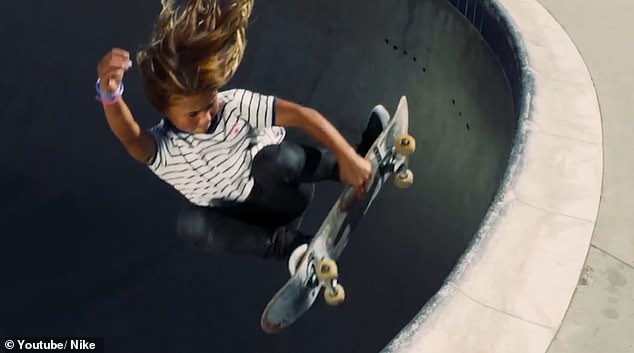 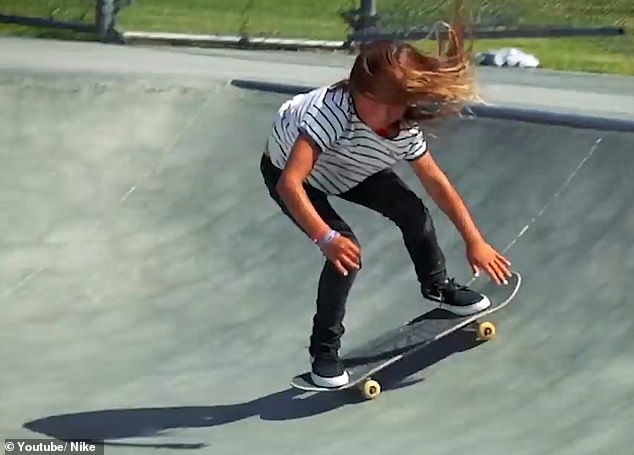 Videos of Sky Brown, 10, and her extraordinary skateboarding skills have been viewed more than 50 million times on YouTube 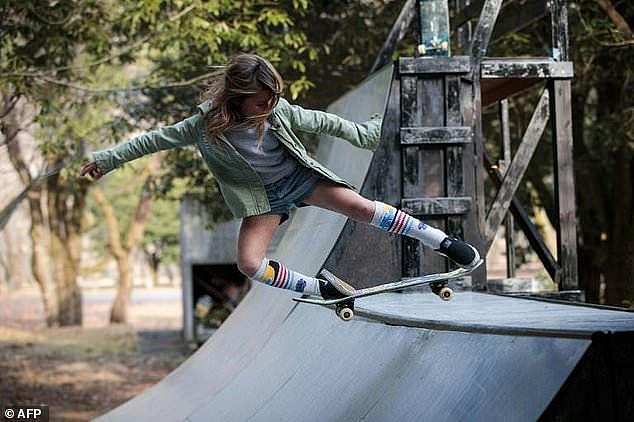 That would beat the record set by swimmer Margery Hinton, who was aged 13 years and 14 days at the 1928 Olympics in Amsterdam.

Born in Japan to a British father and a Japanese mother, Sky – who became Nike’s youngest sponsorship signing at the age of eight – will need to be ranked in the world’s top 20 to compete in Tokyo.

In 2016, Sky became the youngest-ever competitor in the Vans United States Open Pro series, skating against women twice her height. Since then she has won competitions in Singapore, Sweden and Estonia.

She said: ‘I’m really looking forward to be given the chance to qualify for the Olympic Games. Although I like skating because it’s fun, it would be really cool to compete in the city where I was born.’ 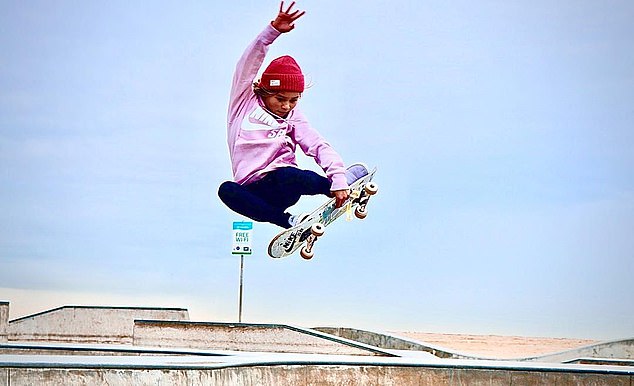 ‘Although I like skating because it’s fun, it would be really cool to compete in the city where I was born,’ said Sky 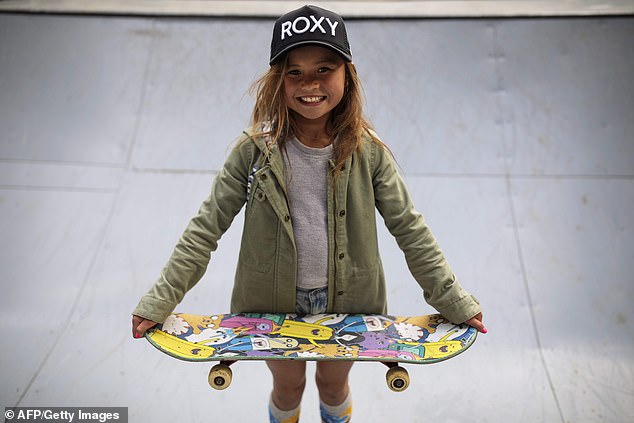 In 2016, Sky became the youngest-ever competitor in the Vans United States Open Pro series, skating against women twice her height 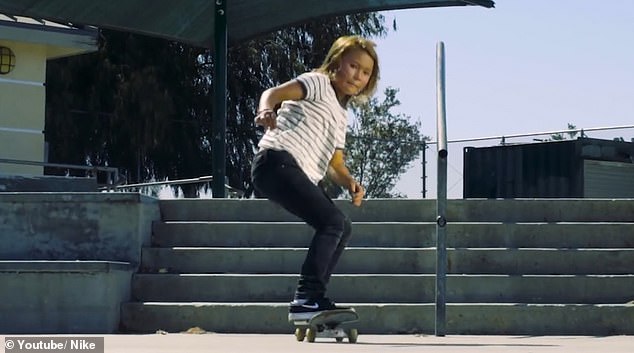 The youngster already has more than 300,000 followers on social network Instagram 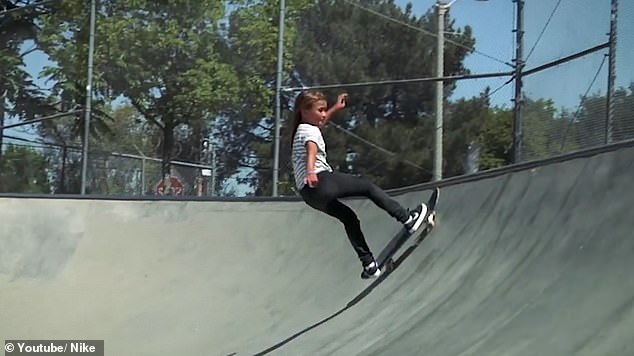 She said: ‘I like skating because it’s fun,’ adding ‘it would be really cool to compete in the city where I was born’ 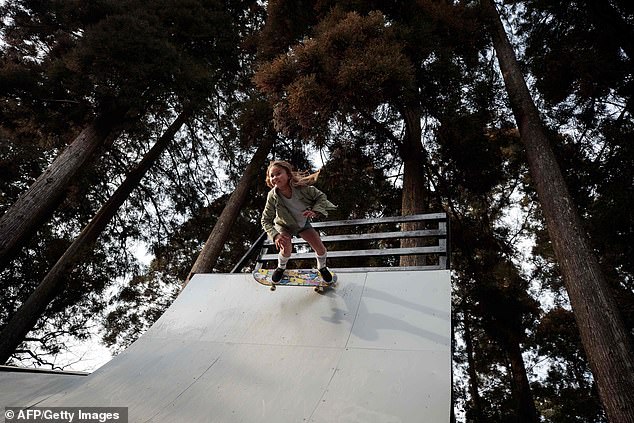 Until last year Sky had indicated she wanted to compete for Japan but she has now changed her mind and decided to compete for Britain. Her father Stu said: ‘You have a little girl and you want to wrap her in cotton wool. But it was the one toy she kept going back to.

‘She used to get burnt constantly by older boys and grown men. But instead of backing down she just got fired up and is on a mission.’

Skateboarding will make its Olympic debut in Tokyo, where the sport will be split between two disciplines – park and street. Sky competes in the park discipline, and with Alex Decunha, Sam Beckett, Jordan Thackeray and Alex Hallford, she will receive support from UK Sport’s Aspiration Fund.

The fund was set up to help athletes in sports that are not part of the World-Class Performance programme. 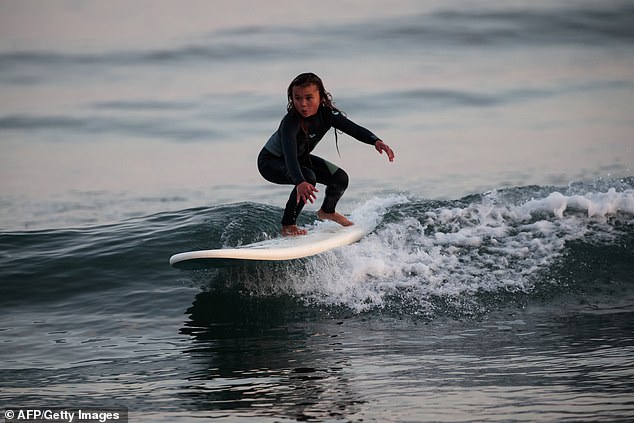 Nine-year-old Sky Brown has set her sights on Tokyo 2020, when skateboarding makes its Olympic debut, along with karate and surfing – at which she is already a professional 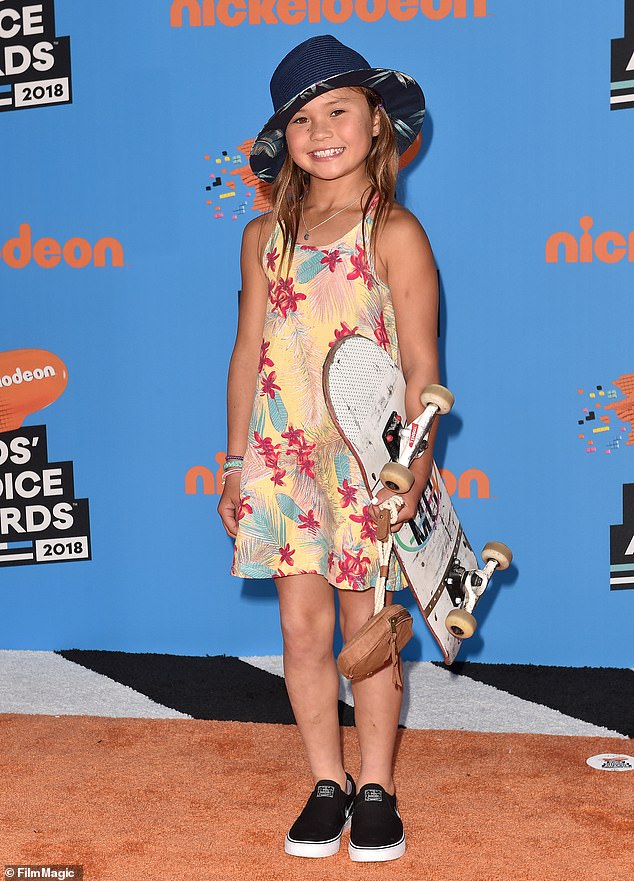 James Hope-Gill, the chief executive of Skateboard GB, said: ‘With just 18 months until the first Olympic skateboarding event, we’re thrilled to announce the five skateboarders who we can now support on their journey to qualifying for Tokyo 2020.’

The youngest British Olympians are Cecilia Colledge and Megan Taylor, who were 11 when they competed in figure skating at the 1932 Winter Olympics in Lake Placid, New York.

The youngest-ever Olympian was a boy believed to be under ten who was plucked from the crowd to cox the Dutch rowing pair at the 1900 Paris Olympics, after the original cox was deemed too heavy.

He is seen in podium photographs after the pair won gold, but his name is unknown.