A Perth skateboarder has died in a freak accident after falling from his board with a beer bottle in his pocket.

CCTV footage captured the man tumble while skating on the footpath on McKimmie Road in Palmyra with a pizza in his hand on Friday night.

The man had a glass beer bottle in his pocket, which smashed when he hit the ground and severed his femoral artery.

7News reported bystanders who tried to help the man before paramedics arrived could barely see the pavement through his blood.

They said the skateboarder’s last words to paramedics were ‘help me, I’m dying’.

He died at the scene.

It is not yet known what caused the skater to fall off his board, though poor lighting on McKimmie Road and uneven footpath are potential factors.

City of Melville council rangers put up a sign warning pedestrians to watch their step at the spot where the skateboarder died on Monday.

The skateboarder’s identity has not been revealed as his death is being investigated by police, with the council unable to comment.

Flowers in memory of the skater have been laid at the scene. 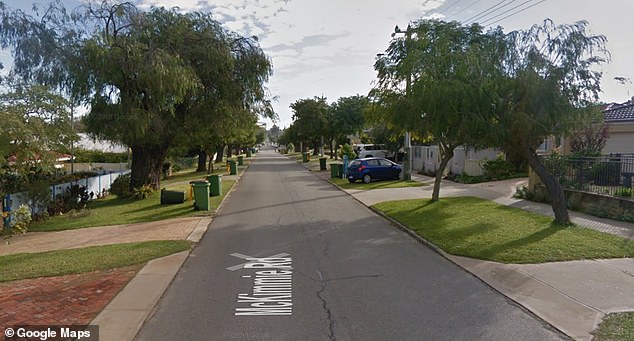 The man was skating along the footpath on McKimmie Road (pictured) with a beer bottle in his pocket when he fell, with the broken glass severing his femoral artery 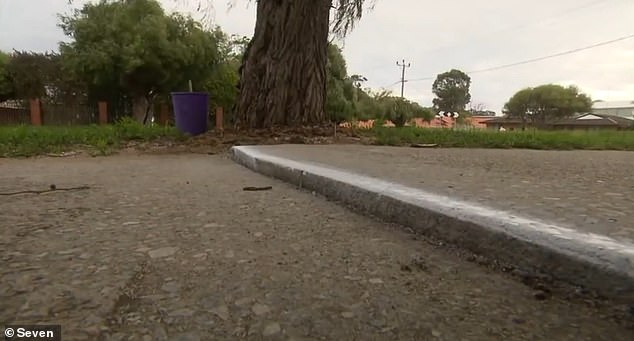 Uneven footpath has been listed as a potential factor in the skateboarder’s death, with council rangers putting up a sign warning pedestrians to watch their step at the spot where he died on Monday