A skier was lucky to survive when a high-speed avalanche chased him down a mountain before engulfing him.

The terrifying moment was captured by a GoPro attached to his helmet while he was skiing on an off-piste track in France unaware of the snow slide rapidly heading towards him.

The video begins with an idyllic snowy mountain scene where it is possible to make out what looks like a fellow skier heading towards him in the distance.

The skier turns around to reveal a beautiful mountain range as he cuts through the fresh, untouched snow with his skis.

He cheers ‘woohoo’ as he glides through the powdery snow and makes his way down the unmarked piste with ease.

The shocking footage pans around to reveal an enormous avalanche hurtling towards him but he continues on blissfully unaware of what is happening behind him. 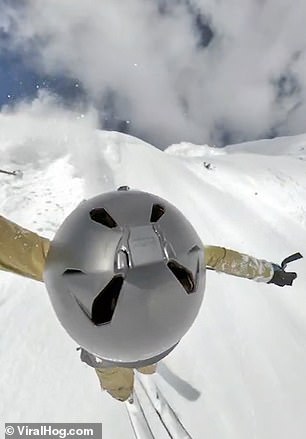 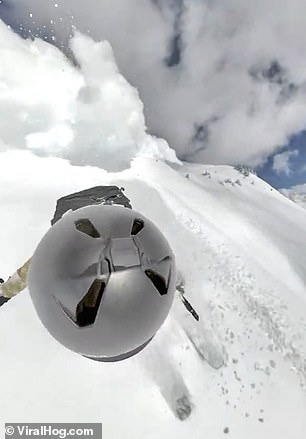 It comes crashing down the mountain and within seconds has caught up with him, covering him in snow and knocking him off his feet.

Snow covers the camera but the skier can be heard groaning as he is taken out by the high-speed avalanche and inflates his airbag.

The skier believes the incident, which happened on March 7, was triggered by someone at the top of the mountain who didn’t wait for him to finish his descent and didn’t help rescue him after it happened. 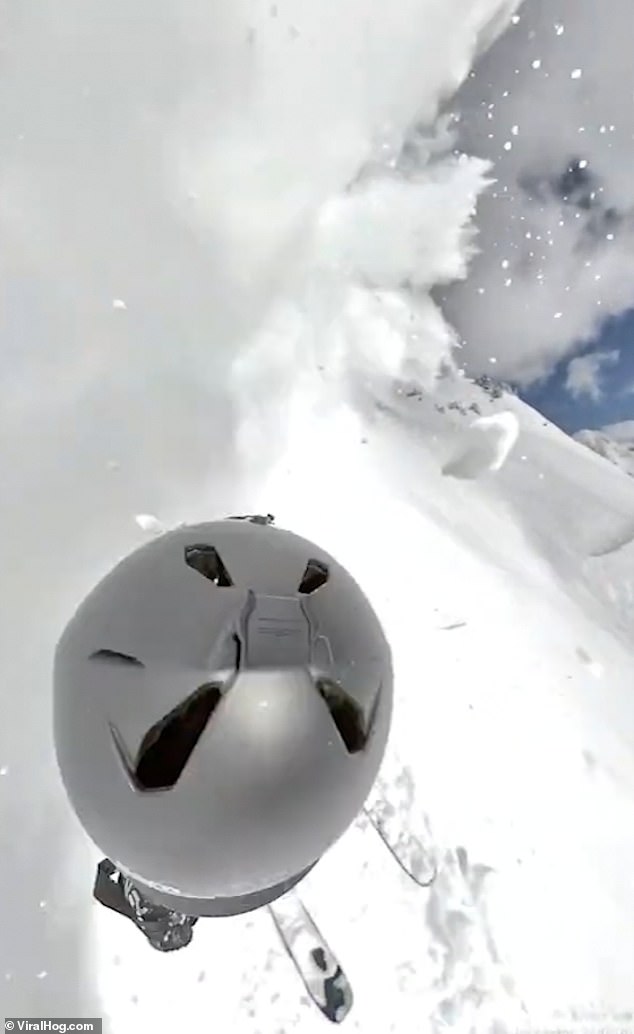 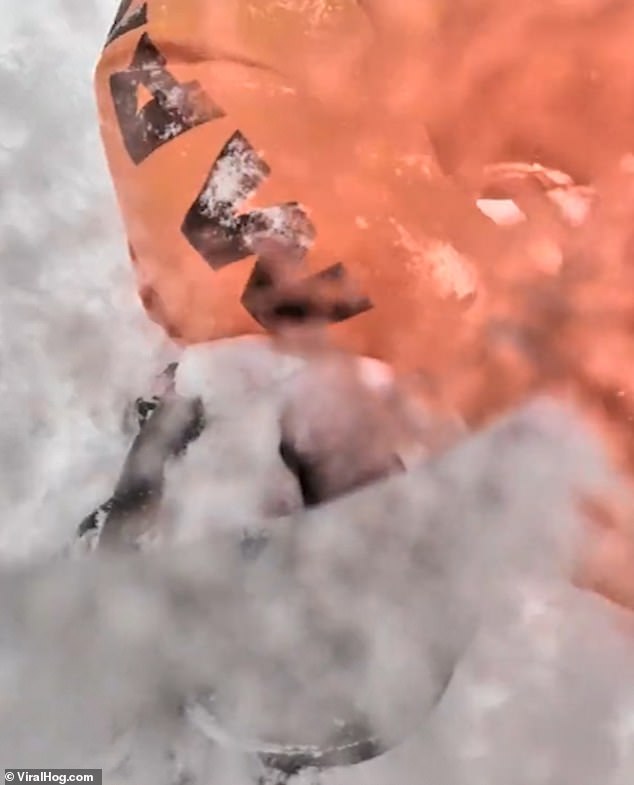 The snow covers the camera but the man’s bright orange inflated airbag, which saved his life, is visible

He told ViralHog: ‘It was a mix between a windstorm that lifted me and a huge ocean wave that shook me all over the place.

‘I was very scared, the reflex of pulling on the handle of my airbag saved my life.

‘It is an experience that I will never forget.’