The Professional Footballers’ Association was accused of sexism after ‘scantily-clad’ backing dancers performed alongside a music act at an awards ceremony this weekend.

Some of those present felt the presence of the backing dancers went against the message of sexual equality which football is trying to encourage. 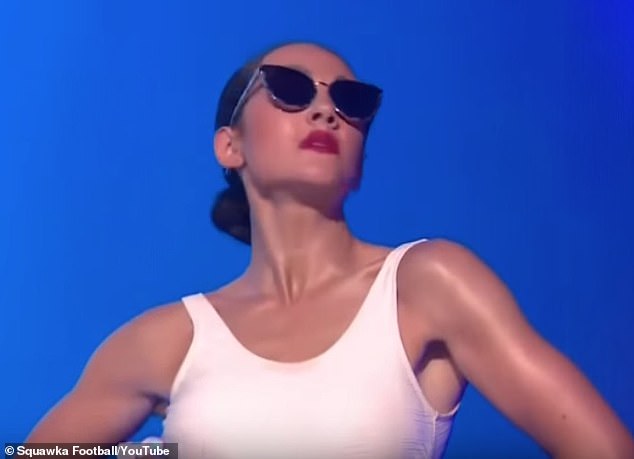 The women, dressed in white swimwear, performed with music act The Manor at the event

Sky Sports presenter Clare Tomlinson tweeted: ‘At The PFA Awards – some very strong messages about racism and diversity from the Chairman and Cheif Exec – and then they put on the scantily clad dancing girls.’

One of her followers tweeted in reply: ‘They’re trying to work on racism in the game. But sexism still needs work.’

But other Twitter users defended bringing in the dancers.

One writer tweeted: ‘Dancers love dancing and they get paid for it, if seeing a woman earning a living doing something she loves is offensive we are truly lost.’

The dancers – wearing revealing white swimsuits – danced alongside The Manor before host Manish Bhasin said ‘Thank you ladies’ as they walked off stage. 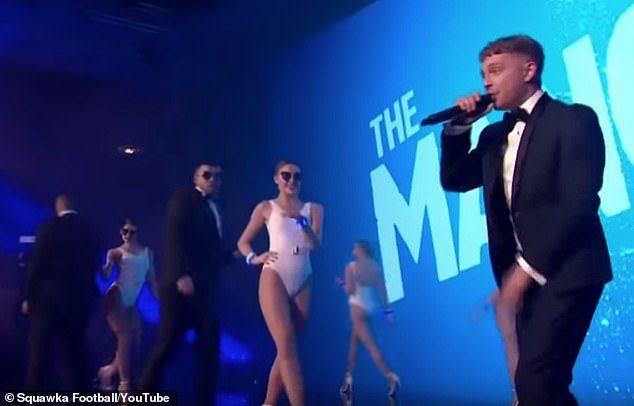 While some criticised the act, others said there was nothing sexist about women dancing