A skydiving instructor captured his own mid-air emergency on camera when his parachute tangled and he had to deploy his emergency chute.

The terrifying video, apparently filmed on a helmetcam, shows the instructor, identified only as Joseph, on a routine work jump above Shelbyville, Tennessee, on June 13,when his parachute becomes tangled.

Another skydiver is videoed free-falling before releasing his parachute and gliding high into the air, but Joseph comes into serious difficulty.

The parachute twists and malfunctions, leaving him spinning through the air as he tries to get the chute under control.

As the ropes continue to tangle themselves together, the experienced skydiver continues to fall.

But the quick-thinking instructor manages to release his first parachute and open his reserve chute, regaining control of his skydive.

Joseph falls for around ten seconds thousands of feet above the ground as he tries to open his backup chute. 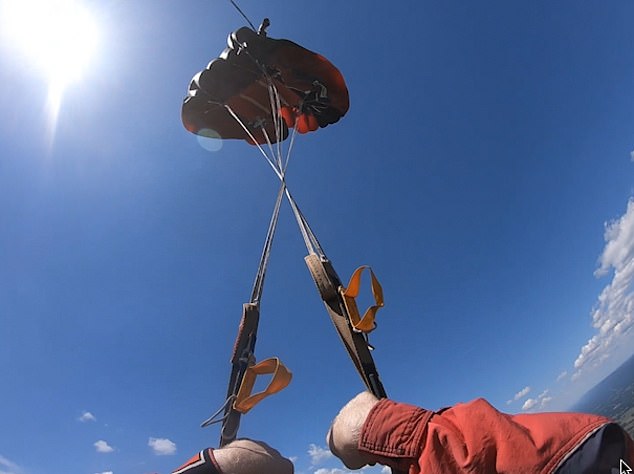 The parachute twists and malfunctions, leaving him spinning through the air as he tries to get the chute under control, forcing him to open his emergency chute 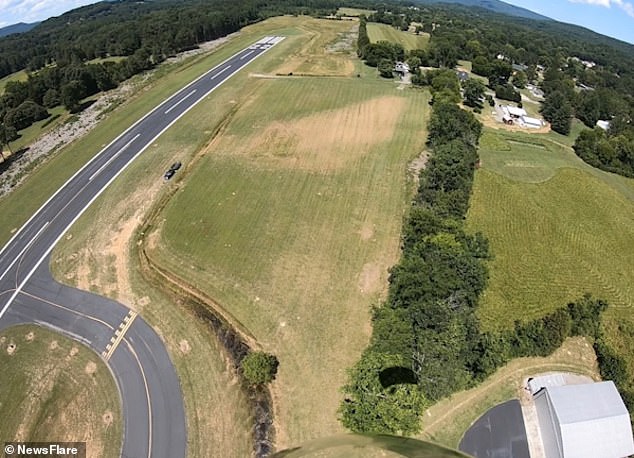 In the heart-stopping moment, Joseph manages to abandon his main parachute and release his emergency parachute in a matter of seconds.

Luckily, Joseph is then able to guide himself towards the ground and slowly descends, abandoning the rest of his skydive.

He directs himself towards a wide open field with no obstructions to safely land and manages to come to a steady stop, landing on his two feet.

The coach had a lucky escape, as he was able to regain control of his flight high enough above the ground that he avoided a fatal crash.