She’s the former Big Brother star with a penchant for chronicling her every move on social media.

But Skye Wheatley appears to have taken her life documentation just a little too far while enjoying a holiday with her gal pals in Bali.

In a YouTube video about her vacation, the 23-year-old  appeared to reference the country’s harsh drug laws, by joking that people around her had taken ‘mushies.’

‘Just kidding!’: Skye Wheatley was recently in Bali, and whilst in holidaying in the country appeared to poke fun at the country’s strict drug laws by joking that people around her had done ‘mushies’

‘Hey hey hey it’s Saturday… not it’s not it is Monday,’ Skye begins her seemingly non-sensical monologue in the video.

She then clarifies: ‘We’re about the go riding on the horsies, yay! Yay horsie time!’

Their activity was short lived with a tropical thunderstorm thwarting Skye and her friends’ plans for horse riding, with the group confined to a restaurant. 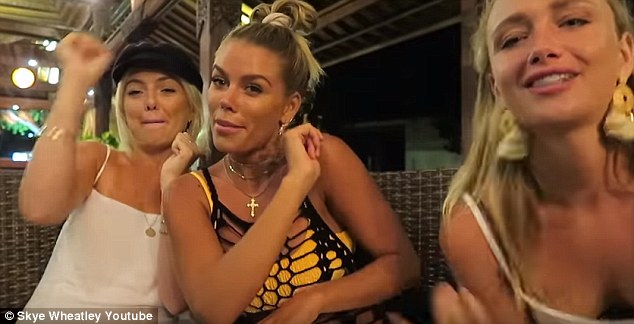 Girls just wanna have fun! The ladies plans for ‘horsie’ rides were thwarted by the rain

However, the former reality star still managed to have a good time, twerking alongside a local waiter.

Her surgically enhanced cleavage and pert derriere were both on clear display. 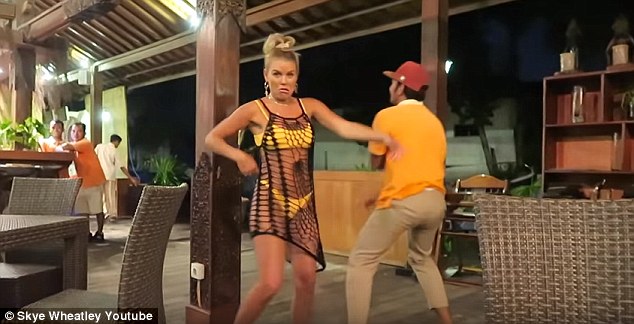 Bonding with the locals: The former reality star still managed to have a good time, twerking alongside a local waiter

The Big Brother star completed her look with a black netting dress which she had thrown over the top of her bikini.

Appearing to enjoy bonding with the locals, Skye pretended to slap a waiter on his bottom as he showed off his dance moves for the starlet’s giggling gal pals.

Skye shot to fame after appearing on the 2014 season of the reality TV show. 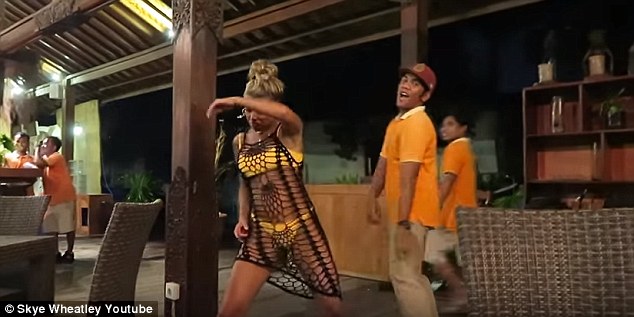 Quite the traveller, the Gold Coast makeup artist traveled to Bangkok in 2015 for a $3,800 breast augmentation.

Skye later revealed that the surgery was ‘botched’ and had left her with a ‘double bubble’ in one breast. 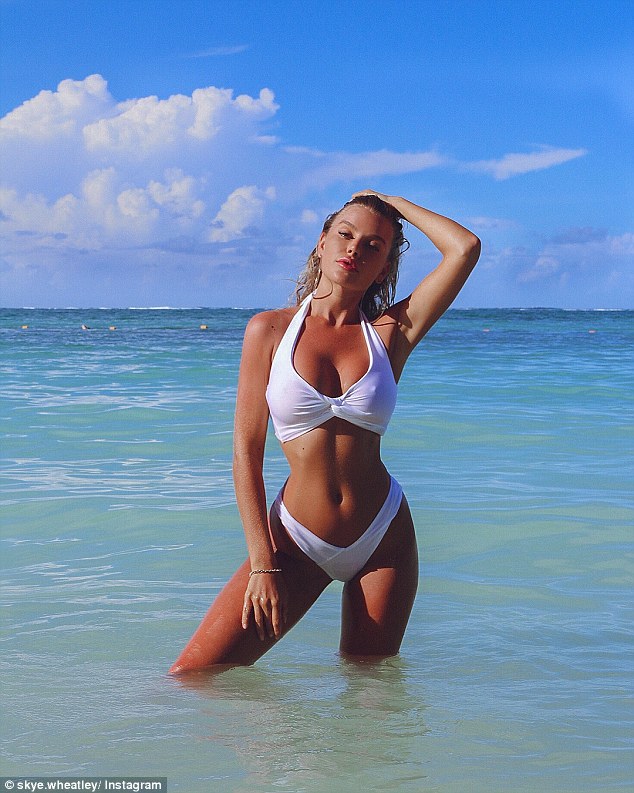 Wanderer: Quite the traveller, the Gold Coast makeup artist traveled to Bangkok in 2015 for a $3,800 breast augmentation