The widow of a slain Massachusetts police officer screamed abuse at his killer on Thursday as he pleaded not guilty.

Emanuel Lopes, 20, shot and killed officer Michael C. Chesna with his own gun in Weymouth in July this year.

Lopes had been driving erratically and Chesna, a father and husband, had approached his vehicle.

On Thursday, as Lopes’s lawyer said he was mentally unfit and therefore should not stand trial, Chesna’s widow Cindy watched in tears from the public gallery of a courtroom.

As her husband’s killer walked past her at the end of the hearing, she could not contain her emotions.

Cindy Chesna (far right) is seen screaming at Emanuel Lopes (left in orange jumpsuit) as he leaves court on Thursday after pleading not guilty to charges relating to killing Cindy’s husband, cop Michael Chesna, in July 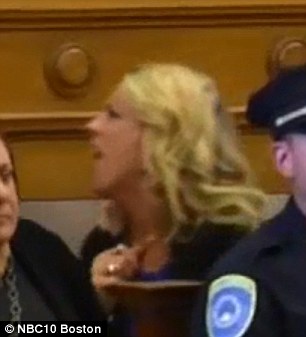 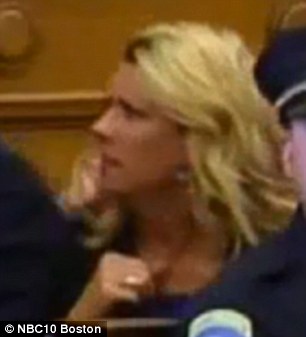 She also called him a ‘monster’.

Cindy was surrounded by her fallen husband’s colleagues who hugged her and tried to console her after Lopes left the court.

Vera Adams, 77, a widow who was inside her home when Lopes attacked Chesna outside, was also killed by a stray bullet which pierced the window of her home and struck her. 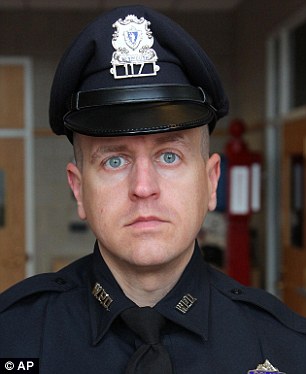 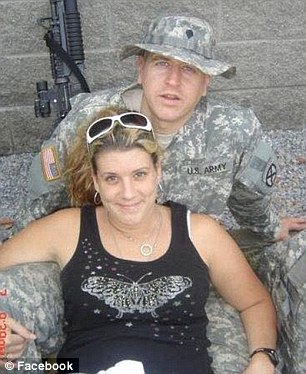 Weymouth cop Michael C. Chesna was shot multiple times in the head, neck and torso, last July. He is pictured, right, with Cindy. He was an army veteran, a father-of-two and a cop who worked the traffic shift, normally a quiet job, between midnight and 8am 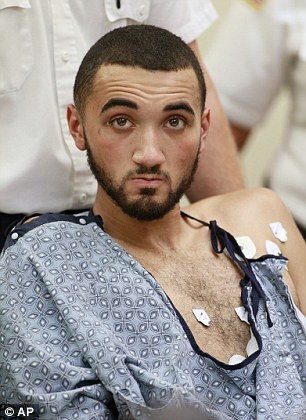 Emanuel Lopes is pictured at a hearing in July. His lawyer claims he is unfit to stand trial. Hi own mother is afraid of him and tried to have him sectioned before he killed Chesna

He pleaded not guilty on Thursday, claiming diminished responsibility.

His lawyer argued that he had suffered mental health problems since he was young.

He described him affectionately as a ‘young man’. 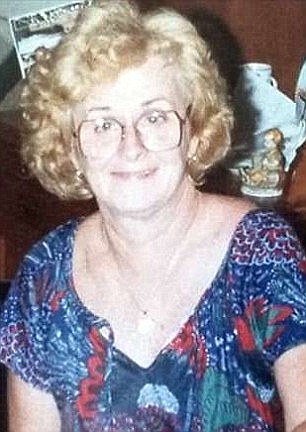 Widow Vera Adams, 77, was also killed by a stray bullet which pierced her window

Lopes, who wore an orange prison jumpsuit, spoke only to plead not guilty to the charges.

At the time of the cop’s killing, Lopes’s own mother said she had been trying to get him help because she thought he was a danger to society.

She wanted to have him committed but was never able to, she said.

Chesna was a father-of-two and had been with the Weymouth Police Department for six years.

He worked in the traffic division between midnight and 8am.

His killing rocked the community.

The 42-year-old served in Afghanistan and in Iraq before returning home to join the police force. 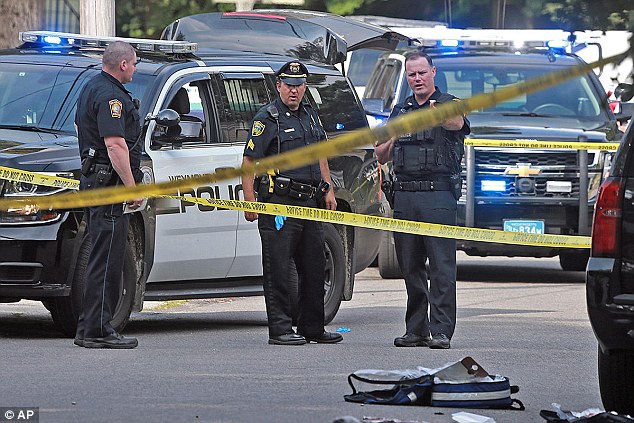 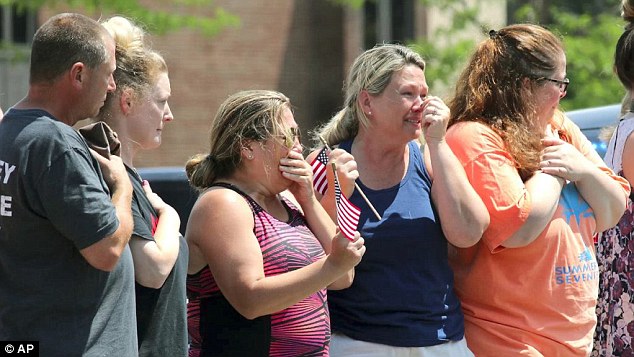