The statistics will say Luis Suarez’ wait for a Champions League goal on the road goes on, but it was his close range shot that gave Barcelona the three points in Prague.

From Lionel Messi’s free-kick he turned the winner in from a tight angle but only off the chest of Peter Olayinka who will be credited with own goal.

That leaves him without his name on the scoresheet away in Europe for over 30 hours of football. He was similarly denied last season when his goal at Old Trafford was given to Luke Shaw. 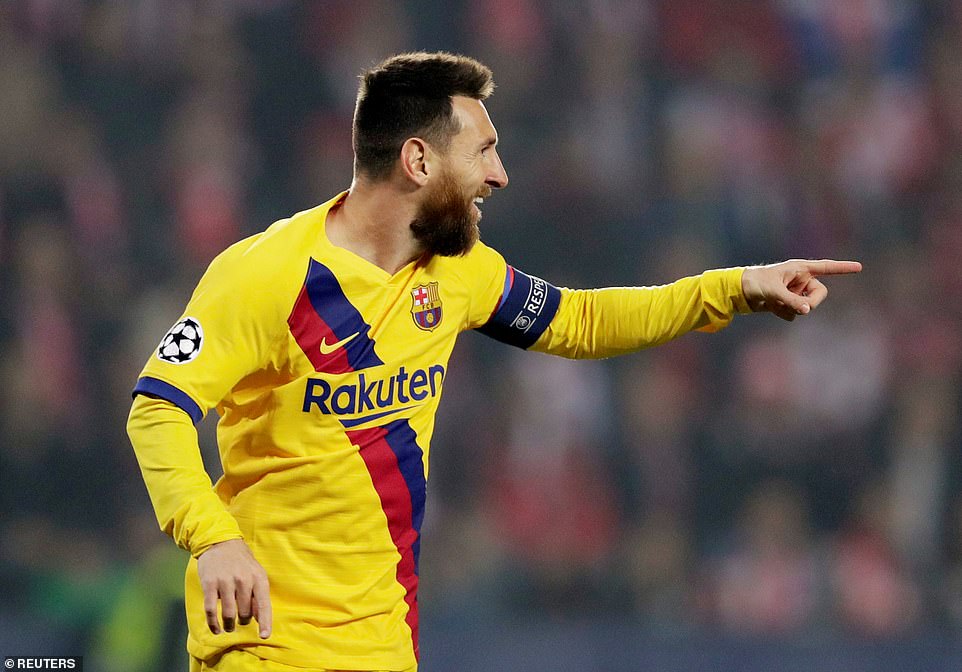 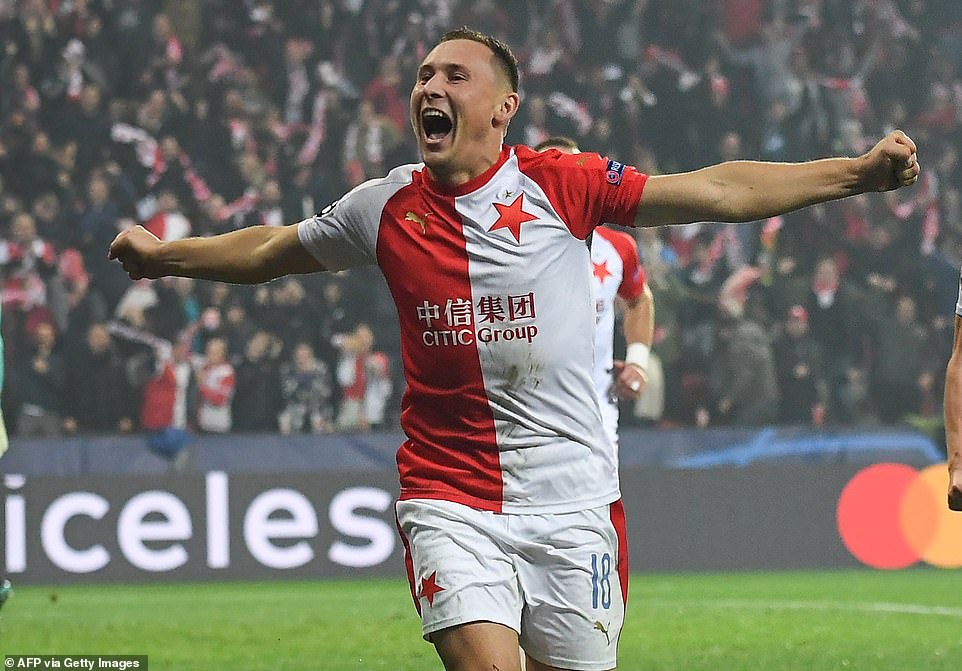 Messi got the first for Barcelona in this 2-1 win. He had never played Slavia Prague before but he took just three minutes to introduce himself properly.

He won the ball back from Petr Sevcik in midfield, swapped passes with Arthur and with a quick control and shot beat Ondrej Kolar to give Barcelona the early lead.

Slavia Prague’s plan had been to suffocate Barcelona with a high press but they were struggling to get out of their defensive third in the first 20 minutes.

He saved from Jaroslav Zeleny, Lukas Masopust and Olayinka in a shaky ten minutes for Barcelona. They might have put distance between themselves and the Czech champions had Suarez been able to finish. Twice he was presented with first half chances to bring to an end his 1,498 day away day European scoring drought, and twice he couldn’t beat the keeper.

It seemed to be getting to him late in the half when he put one pass straight out of play. Scottish referee Bobby Madden booked Jordi Alba late in the half for a push on Slavia Prague captain Tomas Soucek. That aside Barcelona were keeping their heads against a team that has already taken points from Inter this season.

But when the second half started Barcelona didn’t start with it and were punished when on 50 minutes Jan Boril equalized.

The full-back appeared from nowhere between Gerard Pique and Jordi Alba before firing past Ter Stegen.

Parity lasted only eight minutes and when the equalizer came it was Suarez wheeling away to celebrate but it will not count as his goal. Messi’s free-kick fell to him at the far post but he had only been able to turn the ball in from the angle off of the chest of Olayinka.

Barcelona sent Ousmane Dembele on for Antoine Griezmann and he sprinted clear before teeing up Suarez but the forward shot wide. The Barcelona number nine also sent an angled shot wide of the far post after Messi had played him in. 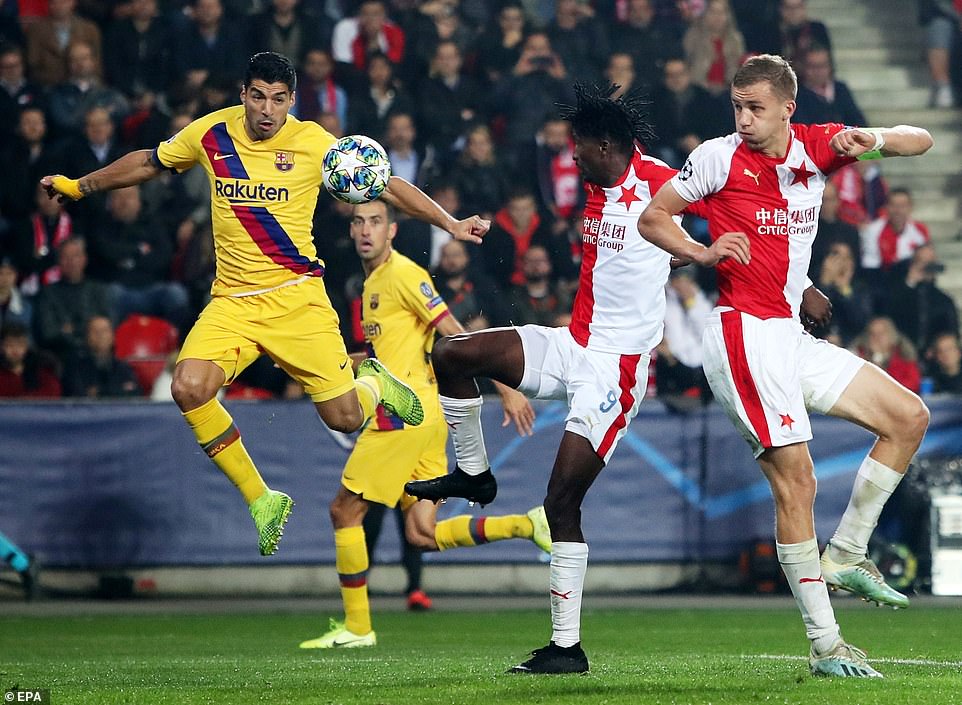 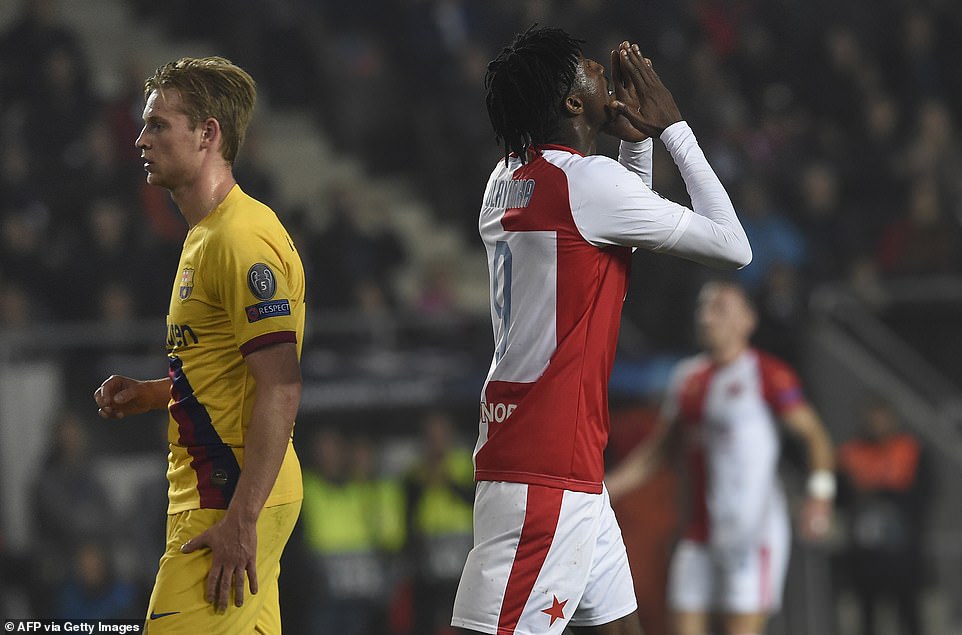 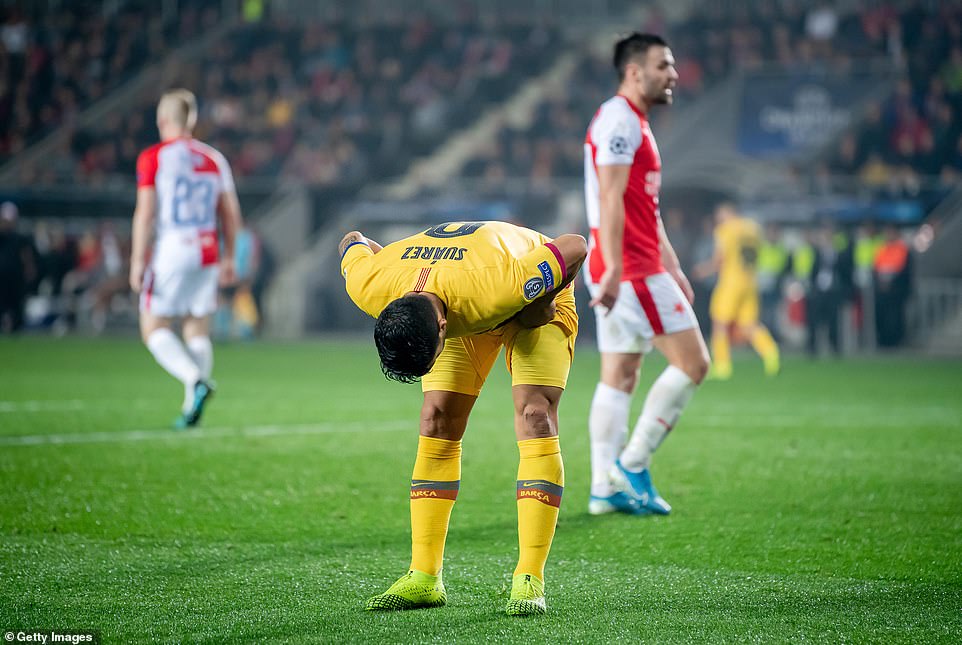 Messi missed from an Alba cross with the goal gaping. The cross seemed to invite a right foot finish but Messi’s left foot hooked the ball wide. It didn’t matter. His early goal and the Suarez-provoked second were enough for Barcelona to win the game and go top of the group.

The needed brave defensive clearances from Lenglet and substitute Ivan Rakitic throwing themselves in front of shots, to see them over the line, but they took the three precious points.

If they beat Slavia Prague at the Camp Nou in a fortnight they will be all but qualified for the last-16. 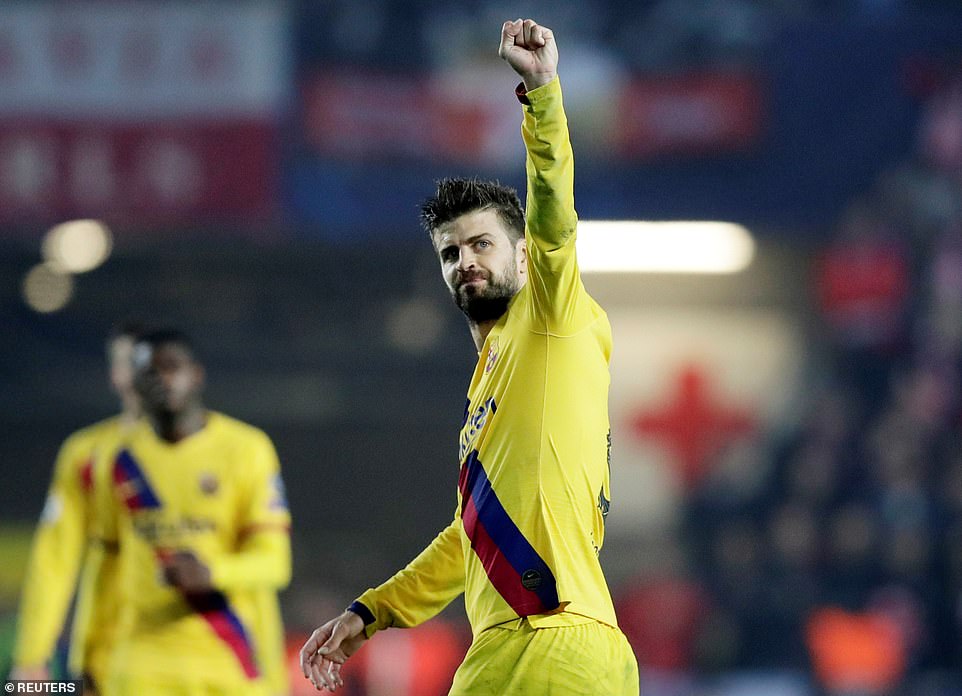