This gives new meaning to the phrase, no rest for the weary.

People who are sleep deprived could actually improve how they walk by catching a few more winks, as it takes more brain involvement than previously thought, according to a new study.

The research, led by scientists at MIT and Brazil’s University of São Paulo, found that people who get less than the recommended amount of sleep have trouble walking, ultimately impacting a person’s stride or gait.

Using student volunteers over a period of 14 days, the researchers found that the less sleep a student got (on average, six hours a night), they less control they had when walking on a treadmill. 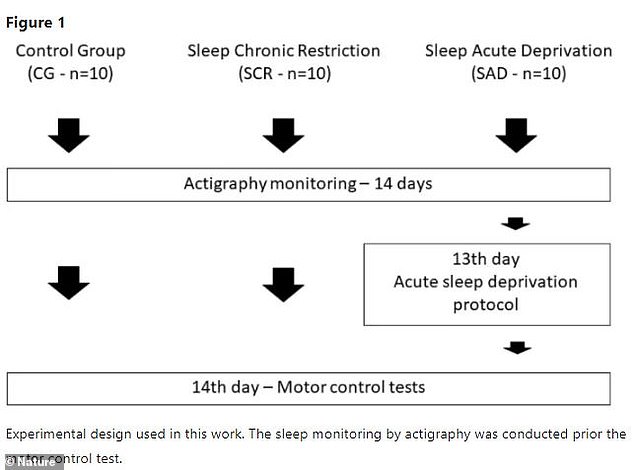 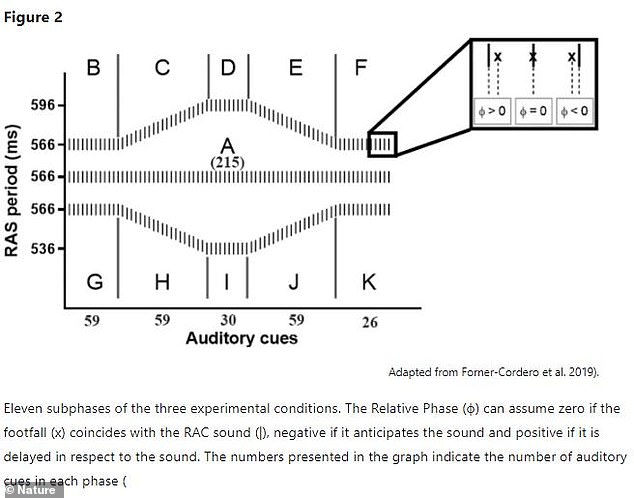 For students who got no sleep at all, the gait control plummeted

For students who got no sleep at all, the gait control plummeted.

However, those students who had ‘less-than-ideal’ sleep during the week, but were able to sleep in on the weekends had better performance than those who did get the extra sleep.

‘Scientifically, it wasn’t clear that almost automatic activities like walking would be influenced by lack of sleep,’ said one of the study’s authors, Hermano Krebs, in a statement.

‘We also find that compensating for sleep could be an important strategy. For instance, for those who are chronically sleep-deprived, like shift workers, clinicians, and some military personnel, if they build in regular sleep compensation, they might have better control over their gait.’ 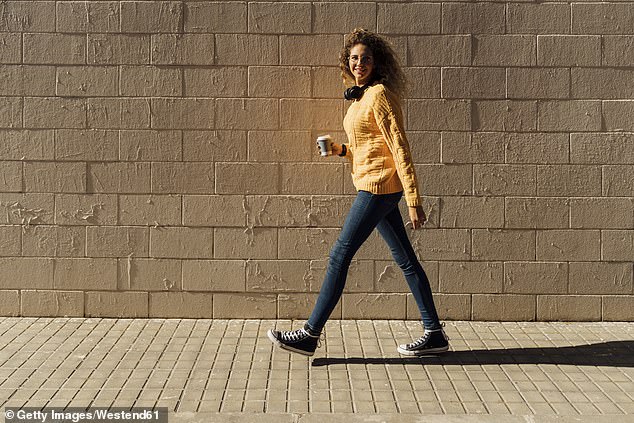 Researchers previously believed that walking was an automatic process, but that’s only true for our four-legged friends, with Krebs adding that ‘the idea was more controversial in humans.’

Instead, walking actually takes a bit more brain involvement than previously thought, as researchers have identified people’s gaits and the mechanics of walking in an effort to help create robots for stroke patients or others who have suffered debilitating issues.

‘Our results suggest that partial or total sleep deprivation leads to a decrease in the performance in the sensorimotor control of gait,’ the researchers wrote in the study.

‘The superior performance of the chronic sleep group when compared to the acute group suggests that there is a compensatory mechanism that helps to improve motor performance.’

Krebs, who has done previous studies on the topic, previously found that ‘healthy’ subjects to slightly alter their gait without realizing they are doing it, just by looking at it. 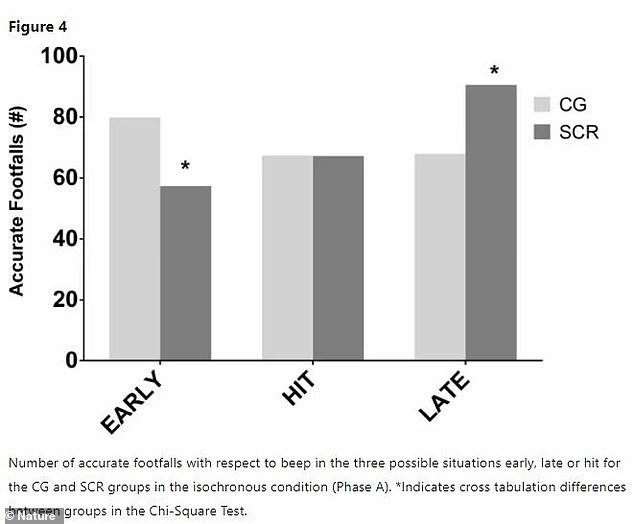 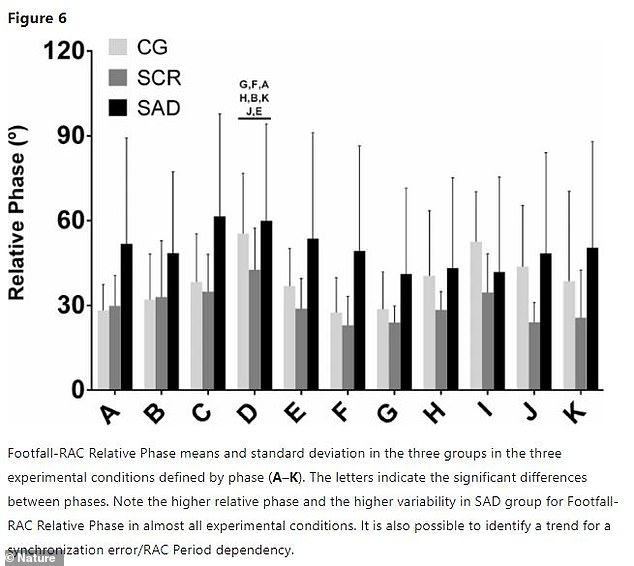 This suggests that there is some level of conscious influence.

‘That suggested the concept of gait being only an automatic process is not a complete story,’ Krebs explained. ‘There’s a lot of influence coming from the brain.’

Krebs and lead author Arturo Forner-Cordero analyzed the University of São Paulo students over a period of 14 days and found that they slept on average, about six hours per night.

Some students, however, compensated, sleeping additional time during the two weekend periods.

On the evening prior to the 14th day, one group was awake the entire night.

When the researchers got all of the groups into the lab, they were told to walk on a treadmill at the same speed with a metronome playing in the background and the students were asked to keep pace, slightly raising and altering the speed.

‘They had to synchronize their heel strike to the beat, and we found the errors were larger in people with acute sleep deprivation,’ Forner-Cordero said.

‘They were off the rhythm, they missed beeps, and were performing in general, worse.’

‘That’s paradoxical,’ Forner-Cordero added. ‘Even at the peak of when most people would be tired, this compensating group did better, which we didn’t expect.’

Krebs said: ‘The results show that gait is not an automatic process, and that it can be affected by sleep deprivation.

‘They also suggest strategies for mitigating effects of sleep deprivation. Ideally, everyone should sleep eight hours a night. But if we can’t, then we should compensate as much and as regularly as possible.’

The study was published on Tuesday in Scientific Reports.