A former Slimming World poster girl has told how she was ‘destroyed’ by a text message sent to her by mistake by her consultant – that appeared to cruelly mock her subsequent weight gain.

Jennifer Ginley-Hagan, 28, from Liverpool, who weighed 19st 4lbs at her heaviest, was crowned Miss Slinky 2017 after shedding 9st 9lbs, and appeared on the cover of the brand’s magazine that year.

Now the Citizens Advice caseworker, who had regained some weight in the time since, has shared a screengrab of a text she received – apparently about her but intended for somebody else – which pointed out that ‘Princess P’ weighed 14st 4lbs – making her only ‘5 stone lighter’ than she had been at her biggest.

She told her 200,000 Instagram followers in the post, which has since been deleted, that she ‘hardly ate for three days’ after receiving the message.

Jennifer said she had left her target zone and had been trying ‘to get back there’ since July 2017 – so was devastated to get the message from the woman who had taken her measurements in June this year.

Slimming World said it would not comment on specific cases, but did confirm that one consultant had their licence terminated ‘as a result of a recent investigation’.

Jennifer Ginley, 26, from Liverpool, was been named as Slimming World’s Miss Slinky 2017 after losing half her body weight, but was left ‘destroyed’ when she received a text message mistakenly sent to her mocking her weight loss 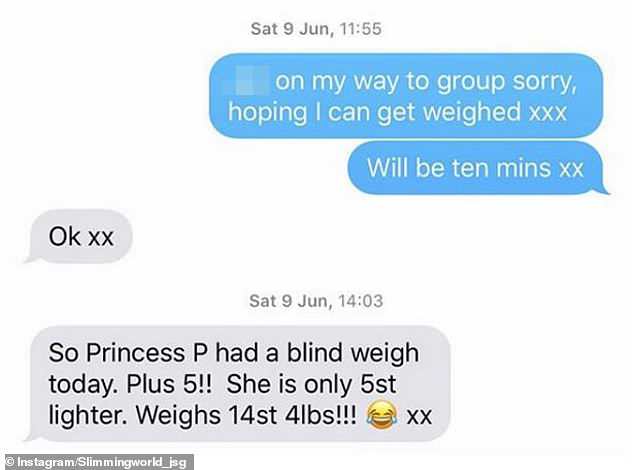 Jenniger posted the screen grab of the text message on her Instagram account calling out a consultant who had sent it to her by accident after her ‘blind weigh-in’, but she has since deleted the post 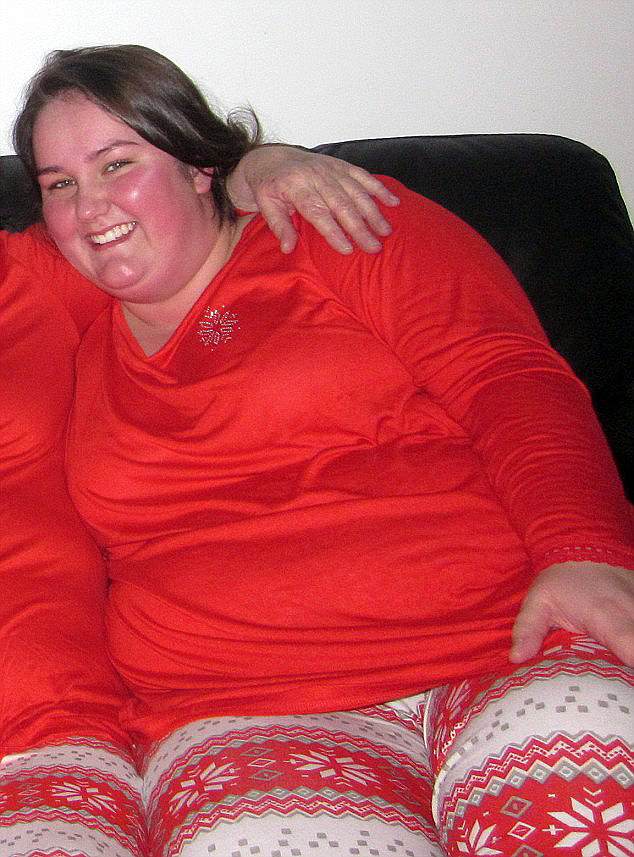 The slimmer, pictured at her heaviest, dropped from 19st 4lbs to 9st 9lbs and from a dress size 24/26 to a 8/10, but had gained some weight so returned back to the Slimming World club

The former Miss Slinky had been worried she had gained weight so attended a Slimming World meeting on June 9, according to the Mirror, but asked for a ‘blind weigh-in’, meaning she would not be informed of the detail of any gains or losses.

But on the same day she received the message from her consultant, who Jennifer said had not been in contact for six months until that point.

Writing in the accompanying caption, which has since been deleted from her Instagram page, Jennifer fumed:

‘It SICKENS me that I am having to make this public but I can only take so many LIES. I have never made this public for the sake of the person involved but I now do not care as I am being blamed for something that is NOT my doing.

‘My consultant never contacted me to discuss the gain and I didn’t contact her, she hadn’t reached out in whole six months when I’d put on 3 stone.

‘This is a text she was sending about me; ‘Princess Perfect’.’

She continued: ‘My gain, my exact weight and to finish it off. She mistakenly sent it to me. The intention is clear and undeniable [sic].

‘I was destroyed and hardly ate for about 3 days, I was ill. I felt like I was 19 and a half stone again and being mocked for my weight. My weight gain was MY fault. I didn’t deserve this. Imagine YOU received this.’ 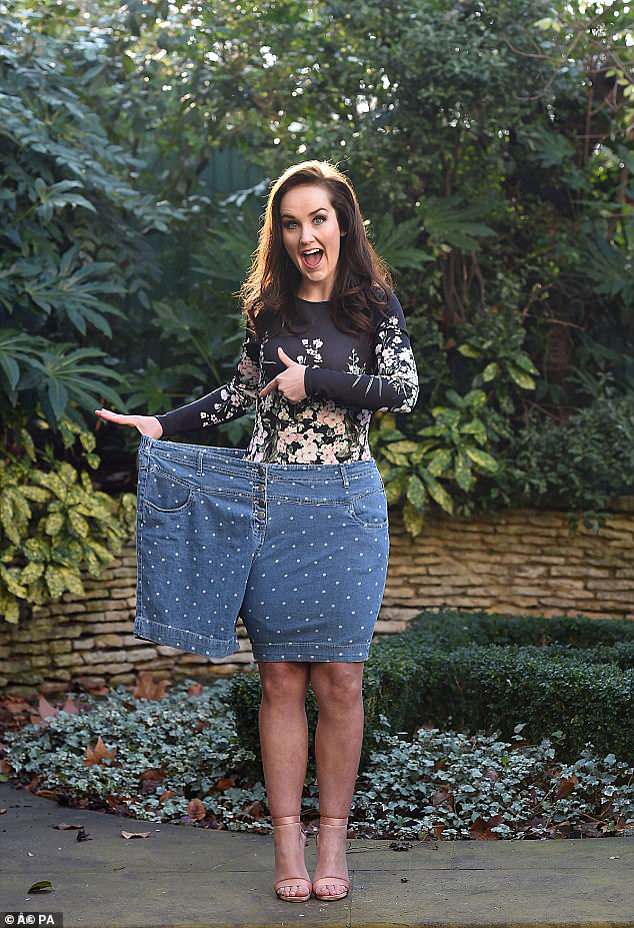 Jenna lost 9st 9lbs in just over a year, dropping from a size 24/26 to a size 8/10, but has since being trying to get back in to her target range since July 2017 after appearing on the company magazine cover 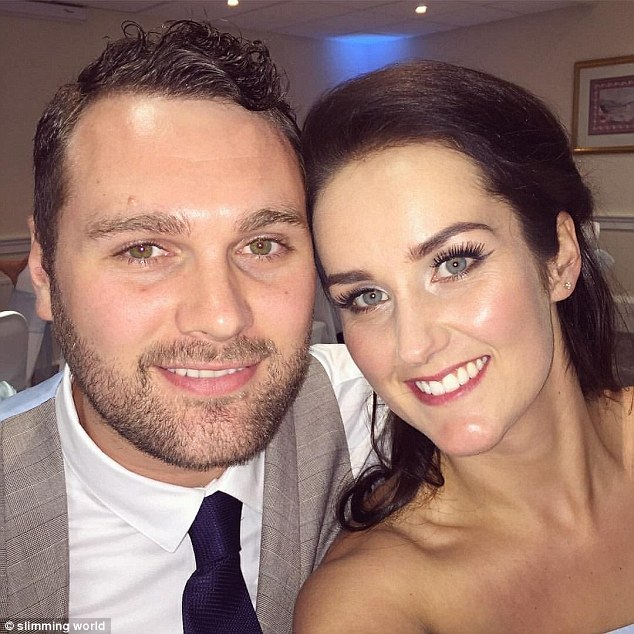 Jennifer was shocked by holiday snaps of herself so shed nearly ten stone to get a fairytale ending as she marries her childhood sweetheart, Luke Hagan, 27 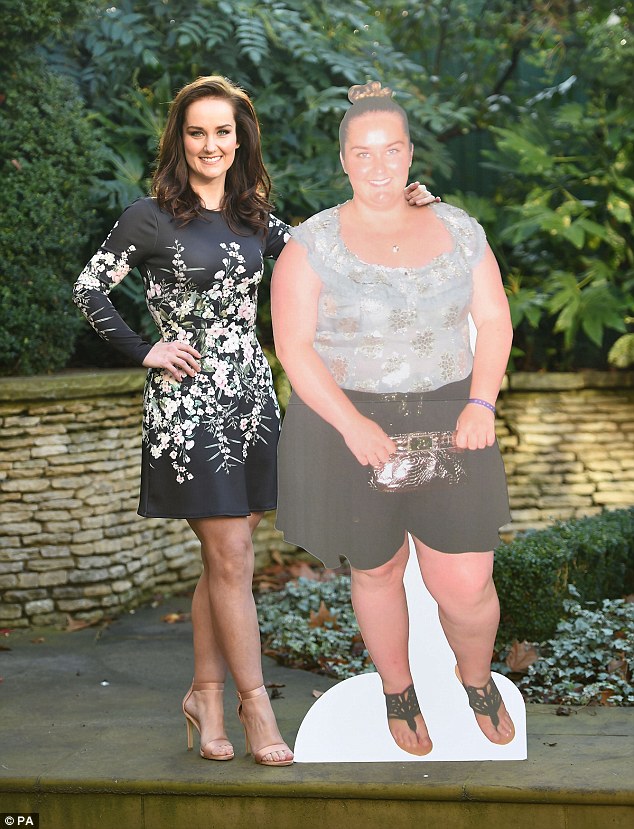 A spokesperson for Slimming World said of the post, which is no longer available on her account: ‘Every one of Slimming World’s 5,000 Consultants is committed to, and accountable for, treating our members with respect, kindness and care, and to keeping our promise to maintain absolute confidentiality especially in relation to members’ weights.

‘While we cannot comment on the details of specific cases, we can confirm one Consultant had their licence terminated as a result of a recent investigation.’

The self-confessed ‘serial failed-dieter’ had even discouraged her boyfriend of 11 years from proposing because she didn’t want to be a ‘fat bride’.

After losing over half her body weight, she was named Slimming World’s Miss Slinky 2017, and gained thousands ofInstagram followers and an engagement ring in the process. 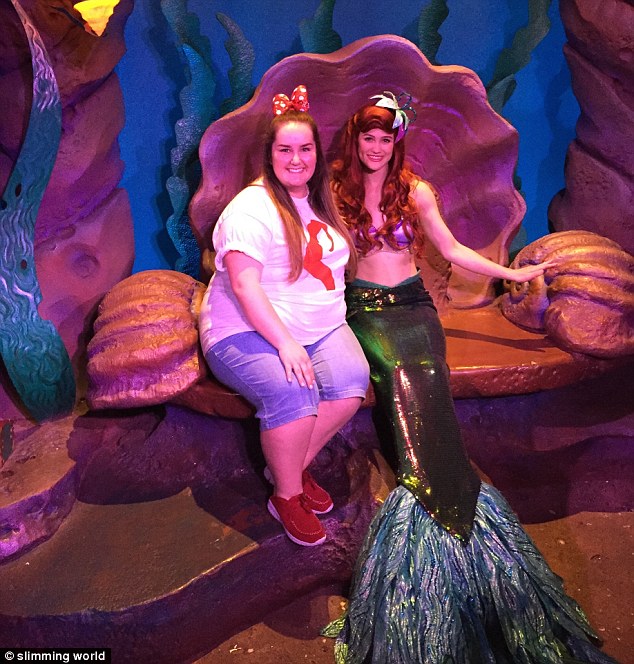 A size 26 Jennifer said it was this photo of her with Little Mermaid – her favourite Disney character – that made her gasp. ‘I saw myself in a whole new light – I looked so unhealthy that I cried, wondering how and why I had done that to myself,’ she said

After losing over half her body weight, Jennifer, left, before, and, right, after, has now been named Slimming World’s Miss Slinky 2017 and has gained 75,000 Instagram followers in the process 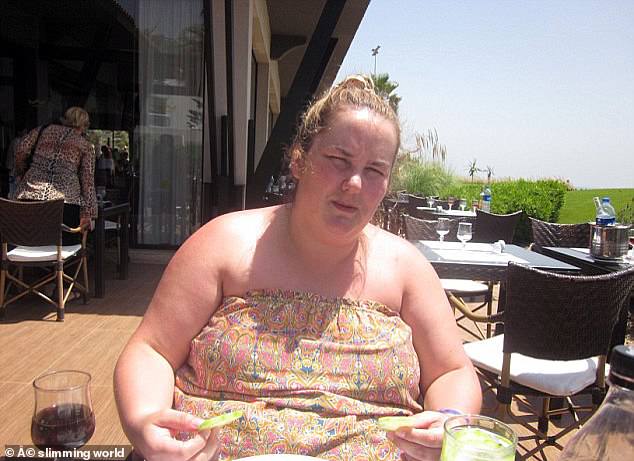 She said: ‘Before Slimming World I wouldn’t eat any breakfast or prepare any lunch or snacks for work, so I always found myself eating whatever I could lay my hands on, shop-bought sandwiches, packet noodles, chip shop meals’

Jennifer has since addressed the misunderstanding in a second post writing in the caption: ‘Chapter closed. These are the last words that will ever be typed about this situation, and I will never speak about it again.

‘Yesterday I reluctantly shared details of a horrible situation I endured 4 months ago. I done so as the truth was required. There is only so many lies and slanderous comments a person can take.

‘I dealt with this situation privately and had closure. Due to people attacking my character using these lies I had to be open about this. I HATE that I had to share it. I have been weight shamed many times before and sadly I probably will again in the future whatever my weight. That does not mean it is acceptable. Thankfully I am a strong person.’

She explained how as a Slimming World member and consultant she it had been dealt with as a priority and wanted the ‘chapter closed’ and to move on.

Jennifer, who recently got married to her partner, added that she would be taking time away from Instagram for a week and would be deleting any comment relating to her previous post.

‘I will not engage in any comments about this again, nor be the platform for negativity relating to it.’