‘I was the student that worked there whilst I was studying and going through law school,’ says the chief executive of the specialist distributor and retailer of building, plumbing, heating and DIY goods.

When decision time came to qualify as a solicitor or move into the business proper, he plumped for the latter. ‘There were times when I wondered why I had chosen this path when I was working behind the counter of shops with no heating, or I was lugging around pots of paint.’

He’s now at the very top of the tree, but it seems those formative experiences have shaped the way the Lords boss has developed the business as one that invests in its people. It is one of the company’s three ‘Ps’ that are the basis for its success.

The others are plant and premises. Judging from the branch I visit regularly, the premises have come a long way from when Patel was shivering behind that counter. They are light, airy and the complete antithesis to the traditional high street hardware shop.

‘In order to drive growth, you inject investment; but it doesn’t have to be investment always in capex [capital expenditure],’ says the Lords CEO.

‘Investing in your premises and people sometimes has the best reward. But we know, because we’re in a quite operationally heavy businesses – distribution, merchanting retail – there’s always going to be investment in our plant and machinery needed and, of course, into digital [infrastructure].’

I’m speaking to Patel at a critical juncture in the company’s 35-year history, one that should accelerate the growth trajectory.

Lords’ London Stock Exchange float is expected to value the business at £150million. Crucially, it will provide management with £30million of cash that will fund a mix of organic and acquisition-led expansion.

The aim is to almost double turnover to £500million by 2024 from £288million currently. At the same time, Patel and his team aim to increase the net return on sales from ‘edging towards 5 per cent’ to the 6 per cent-7 per cent enjoyed by larger operators such as Travis Perkins.

That latter goal provides the potential future reward for investors getting in at the IPO, the Lords CEO believes. ‘That 200 basis point delta [two percentage points increase] between where we are currently and where we want to be…that’s really the upside for anybody wanting to invest in this business.’ 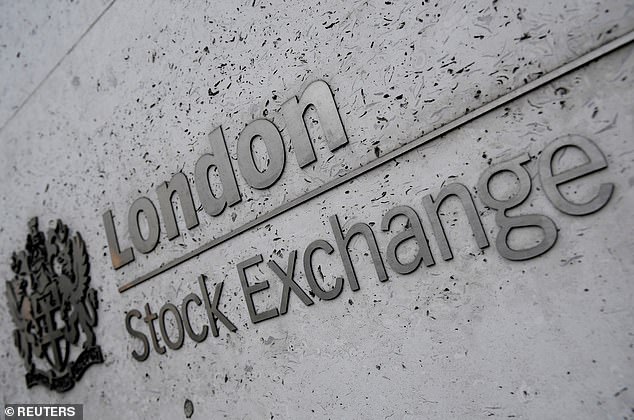 Worth: Lords’ London Stock Exchange float is expected to value the business at £150million

Having scaled up when it bought its plumbing and heating business, Lords is looking at bolt-on deals to supplement self-generated growth and help boost the all-important net profit margin. To date it has completed 11 transactions.

Negotiations normally kick off in the same vein, which speaks to the emotionally intelligent way the Lords team conducts business. They start with lunch. It may sound a loosely informal means of initiating talks over a transaction costing millions of pounds, but there is method to this approach.

‘You are giving the respect to the vendors for what they have created,’ says Patel of the practice.

‘Generally, these are owner-managers who might have family in the business. There might be five issues they want to discuss with us before we get to price.

‘You do that over lunch; you have a conversation. You find out what really matters [to the vendor]. You’ve formed a relationship. And that relationship, if it starts well, it makes the transaction easier.’

The potential sleeper in the Lords business is the online operation, which at just under 10 per cent of sales still represents a fairly chunky £25million of annual revenues and is ‘growing rapidly’.

‘We are not just what you see online. We are online-in-store,’ says Patel.

‘The trouble with a pure online company is it’s a one-time transaction event with a customer. The thing with us is you can transact with us online and in store, on the telephone, via email, whichever channel you prefer to use, you can use it. But then we’re local in terms of our fulfilment.’

Patel says the City’s feedback from a round of talks with investors ahead of the IPO has been positive. Those funds and institutions likely to take a stake have bought into the vision and ethos as well as the financial projections.

With a free float of shares 34.5 per cent – i.e. the percentage of shares not held by committed long-term holders – Lords will still ostensibly be a family-run business.

But as Patel points out some of the world’s best and biggest companies are just that – run on the family equity model. The American retail giant Walmart is dominated by the Walton clan, luxury goods group Richemont and Nike also remain under the control of the founding families.

‘We are a family-owned and professionally-run,’ says Patel. ‘Professionalism is everything for us. But we are not just driven by a buck; we are driven by doing things right by all our stakeholders.’

The shares begin trading on July 20.