The decision whether to invest in Medica Group, the provider of services to hospital radiology departments, largely comes down to how fast you think elective surgery rates will recover to pre-pandemic levels.

In a recent trading update covering the first half of the year, the company reported ‘a sustained recovery in activity in diagnostic services’.

Medica’s customer base comprises more than 100 NHS trusts, as well as Ireland’s Health Service Executive (HSE) plus many private hospital and insurance groups, and it is well-known that there is a growing backlog of surgery waiting to be performed.

Management revealed in the July trading update that elective surgery activity is back to 75 per cent of pre-Covid levels and the board is counting on the release of pent-up demand for its services, such as MRI (magnetic resonance imaging), CT (computerised tomography), ultrasound and plain film (x-ray) scans, to drive growth into and beyond 2022.

The elective surgery part of the business accounts for around 35 per cent of revenues and so a speedy return to more normal levels of elective surgery would certainly ginger up the top-line.

It seems obvious, however, that the ability of healthcare organisations to clear this backlog of operations (and thus spark increased demand for Medica’s teleradiology services) is dependent on them not being overwhelmed with emergency care for Covid-19 sufferers.

It is probably too early to call it one way or the other as we wait for the effects of the July loosening of lockdown restrictions to become apparent but – touch wood – the signs look promising.

As of 8 August, 47million people in the UK had received at least one vaccine jab and 39.4million had received a second, which should contribute to keeping hospital admissions at manageable levels.

Meanwhile, more than two-thirds of 18-30-year-olds have had their first jab, which should allay some fears about this age group being hesitant to receive the vaccine.

While the seven day average of the number of daily admissions to UK hospitals has risen from around 100 in mid-May to 742 in early August, this is nowhere near this year’s peak of 4,126 cases seen in early January and is showing signs of waning in any case.

Before the coronavirus pandemic changed everything, things had been going fairly swimmingly for the group, with double-digit percentage revenue growth each year for ten years.

The group has a stated ambition to double revenues from 2020’s level by 2025 by consolidating what it believes is a leadership position in UK teleradiology services while branching out into allied areas of growth.

More than 85 per cent of its revenues in 2019 (i.e. pre-pandemic) came from repeat business, via customers who had been with the group for at least two years.

Medica’s bespoke information technology platform is described as ‘robust and secure’ and is scalable, which is to say the company can take on new clients without significantly requiring heavy capital expenditure.

That being said, the company is investing in the platform, seeking to enhance functionality and provide proprietary (i.e. Medica-owned) interfaces between its customers and Medica’s team of radiologists. 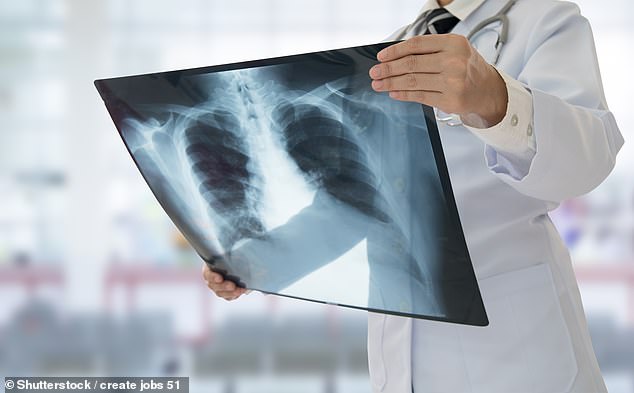 In July, Medica said that it was counting on a rise in demand for its services, which include MRI scans and X-rays, among the others

House broker Liberum, commenting on the half-year trading update, said better cost control and an improved business mix ‘means gross margins are likely to be at least in-line with last year, which is well ahead of current consensus forecasts’.

Of equal importance to the elective surgery business to Medica is its Nighthawk out of hours radiology reporting business, which also generates around 35 per cent of group revenues.

Dr Stuart Quin, the chief executive of Medica, told investors in July that the recovery of elective scanning activity in health services is now well underway and Medica is seeing a sustained recovery in elective scanning volumes as a result.

The NightHawk business in the UK is also putting in a solid performance due to continued growth from existing customers, he added.

The company is not pinning its hopes solely on a resurgence in non-Covid-related operations in the UK to fuel growth; it is also expanding into new markets and services in the US, Ireland and Australia.

As in the UK, the group saw eye-catching growth in the first half of the year in Ireland, where its services include diabetic retinopathy screening services.

The increase in scanning activity is putting pressure on radiology department capacity, providing the opportunity for Medica to step in and support out-of-hours reporting provision across Ireland. Meanwhile, the group’s ophthalmology screening contract in Ireland reported a strong performance in the first half.

Elsewhere in the world, reported revenues for the US RadMD business, acquired in March of this year, have continued to grow although this growth has been tempered by a continuation of slower-than-normal patient recruitment into existing clinical trials due to the ongoing pandemic.

As restrictions are lifted across the US, Medica is starting to see patient numbers, and therefore RadMD’s activity and order book conversion, increase.

Which brings us back to where we started, namely the company being somewhat hostage to fortune when it comes to how soon things can return to business as usual for healthcare organisations.

Medica’s current share price of 163p means it is valued on 22 times forecast earnings for the current year, which is higher than the market average; however, since floating in 2017, the average price/earnings ratio of the stock has been 28.1, reflecting the unprecedented interruption to day-to-day proceedings in the healthcare world.

As normal service is resumed, that price/earnings ratio should head back up, suggesting now is an opportunistic time to buy the shares.