Companies tapping the market don’t normally see their share prices rise but CyanConnode and Sareum managed it this week.

CyanConnode shot up 62 per cent to 13.5p after it raised £3.15million through the issue of shares at 9.5p. At the time the shares were issued, that was a 2.2 per cent premium to the prevailing share price.

The specialist in narrowband radio frequency smart mesh networks – that’s smart meters to you and me – was a bit vague about what it intends to do with the money.

The company said it will use the funds to increase working capital, allow the company to continue to take advantage of its significant growth opportunities and execute the company’s growing order book and pipeline.

Sareum, a drug development company, was a bit more forthcoming about its plans for the money it raised. It said the money will be used to the company’s SDC-1801 TYK2/JAK1 inhibitor drug development programmes as well as for working capital purposes.

The small molecule therapeutics company is targeting the completion of preclinical studies in the third quarter of this year, subject to successful progress.

Clinical trial plans, including priority autoimmune indications and potential Covid-19 application, will also be developed in parallel, subject to additional funding being raised.

The rate of production has been increasing such that Greenfield anticipates that it will shortly reach the targeted production level of 250 barrels of oil per day.

Trading in the shares of Savannah Energy was suspended after the company announced it is in advanced exclusive discussions with US oil giant ExxonMobil about the proposed acquisition of Savannah’s entire upstream and midstream asset portfolio in Chad and Cameroon.

Before they were suspended the shares had risen 27 per cent this week.

Quantum Blockchain Technologies, the company formerly known as Clear Leisure, was the week’s top faller, shedding a third of its value at 1.3p.

A week ago the company updated investors on the current status of Clear Leisure 2017’s legal action against Sipiem SpA’s previous board and internal audit committee.

The AIM-listed firm said the hearing for the case at the Venice Court on May 27 has been temporarily suspended as a result of the verbal notification to the judge, at the opening of the hearing, that one of the defendants has died.

Earlier this week, the company signed a service agreement with a UK-based international cryptography expert specialising in cryptocurrency mining blockchain optimisations as part of a research & development strategy for Bitcoin mining.

The company said there are ‘tangible and disruptive optimisations’ that can be made within the Bitcoin mining process that could result in faster execution and energy savings. The first set of optimisations is expected to be ready for testing in the coming weeks. 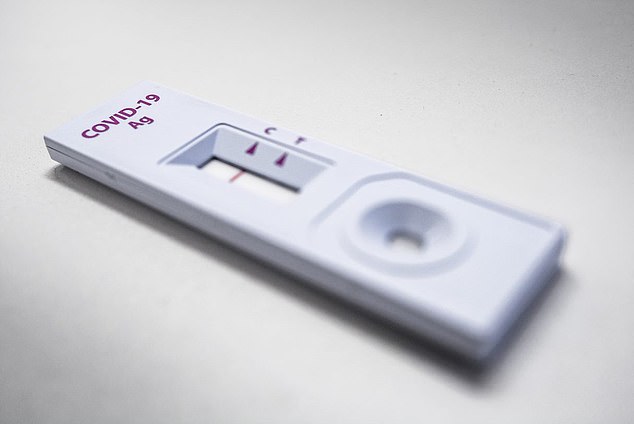 Argos Resources, the exploration company focused on the North Falkland Basin, tumbled 18 per cent as its full-year results disappointed.

The company has no revenue and is seeking partners to participate in drilling on its Falkland Islands licence and admitted that given the current challenging environment it may be some time before any expressions of interest are translated into commitments.

The clock is ticking as the licence runs out at the beginning of May 2022.

Full-year results from MyHealthChecked also fell flat in the market.

Shares in the home-testing healthcare company have had a great run this year, rising from 2p to 4.96p at the beginning of this week on the back of Boots stocking the company’s ‘Fit to Fly’ test for outbound travel, and its Day 2/Day 8 tests for travel into the UK.

The shares were already drifting back towards 4p before the release of the results, which revealed the company’s loss before tax widened to £3.76million in 2020 from £2.15million in 2019.