Supporting charitable causes at Christmas is an annual tradition for many. But as the cost-of-living crisis hits individual donations, Britain’s small and medium-sized businesses are bucking the trend by giving more.

Veronica Bamford-Deane, managing director of Work for Good, which helps small businesses raise funds for charity through sales, says: ‘While individual giving has started to deplete due to the cost of living, we are seeing businesses giving more.

‘There’s a commercial benefit, as 83 per cent of consumers seek out businesses who give back. It also shows customers and suppliers what kind of business they are and their values. It’s a way to stand out from the competition.’

Good cause: Muthapuppa’s profits go towards a rescue home for dogs

She says: ‘Small businesses lie at the heart of communities, so even when times get hard, they know the importance and value of supporting local good causes.’

Work for Good, which has links with 4,000 small businesses and 1,300 charities, has released research which found that nine out of ten businesses said it was important to demonstrate to customers and suppliers that they support good causes, while six out of ten said it was ‘essential’.

The research also indicates that two thirds of businesses are raising funds for good causes this Christmas, with more planning to do so next year. Companies are focusing on supporting causes close to home, particularly in the areas of homelessness, poverty and mental health.

Bamford-Deane says: ‘There are so many benefits to giving, such as increasing employee engagement. Raising funds through sales is a sustainable way of doing so, because the giving rises as the business grows.’

Martin McTague, head of the Federation of Small Businesses, says charitable giving is a central part of many small businesses’ core principles. He adds: ‘Small firms are more agile than larger businesses in terms of their ability to give back, and are embedded in their local communities. Despite the current cost-of-doing-business crisis, they are remarkably generous. Small businesses have big hearts.’

The federation says that 80 per cent of its members contribute to local community organisations or charitable causes – usually by donating their time, providing skills, resources and mentoring.

A growing number of businesses are choosing to solidify their ethical claims via accreditation. For example, ‘B Corp’ certification indicates that a business has met key standards on issues such as charitable giving and its impact on the environment.

Wonderful, a digital agency based in Maidstone, Kent, has obtained this certification. It helps small businesses build brands online through social media and websites. Dan Maudhub, founder and managing director, set up the Wonderful Foundation five years ago.

Some ten per cent of the company’s profits are donated to the foundation which provides financial help to new mothers in Maidstone and an orphanage in Malawi. Maudhub also encourages staff to take time off to volunteer and fundraise for charitable projects. 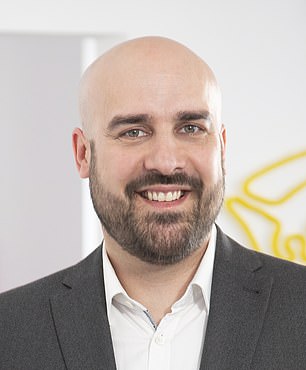 ‘We wanted to find a framework to bring all this together and found B Corp which measures businesses on this impact on people, their impact on the planet and their impact on profits, so it’s a big commitment for us,’ says Dan.

‘Customers and suppliers know exactly where our profits go.’

Giuseppe Bloom-Mangione, from Clapham in South London, launched Muthapuppa, an online retailer for dog products which will donate its profits to building a dog rescue and rehoming centre.

He has high hopes for its impact on the country’s canine community. Giuseppe says: ‘There are thousands of dogs in need of a home, but rescue and rehoming centres are overwhelmed. My wife and I have two dogs and I wanted to set up a business which would combine our passion for dogs with something which could make a practical difference.’

Giuseppe’s wife, an events manager, provides the household income, so he doesn’t have to take a salary from Muthapuppa, meaning all the profits can go to establishing the dog rescue home.

The business donates a percentage of all sales to animal charities Battersea Dogs and Cats Home, All Dogs Matter and Blue Cross. ‘We’re not wealthy,’ says Giuseppe. ‘But dog rescue is something we believe in. Maybe, we can prompt more established businesses to think about what they’re doing for good causes, too.’

Donations made through a business set up as a limited company can be classed as an expense, thereby lowering profits upon which tax is paid. Sole traders can claim 20 per cent tax relief on donations if a higher rate taxpayer.