Jerry Bocker has been identified as the one of the two victims who died when a small plane crashed into his Union Vale, New York home on Saturday

Shocking photos show the scorched and ashen remains of an upstate New York home after a small plane crashed into it, sending it up in flames and killing one person on board, and a resident and pet dog in the home.

The deadly crash took place around 4.15pm on Saturday when a Cessna 303 aircraft suddenly plummeted into the two-story home located on Smith Road in Union Vale, New York.

Devastating images from the aftermath of the crash show the home reduced to a wooden skeleton, its roof incinerated and its two floors completely destroyed and reduced to soot.

The home belonged to the Bocker family and there were three people inside at the time of the crash as well as multiple pets.

Authorities confirmed Sunday two people died in the crash but haven’t released the names of the any of the victims, according to NBC.

One victim was identified as Jerry Bocker, the father of the family that lived in the home, according to social media post by local high school Our Lady of Lourdes in Poughkeepsie. The high school said that Bocker’s daughter Hannah was in critical condition following the crash. 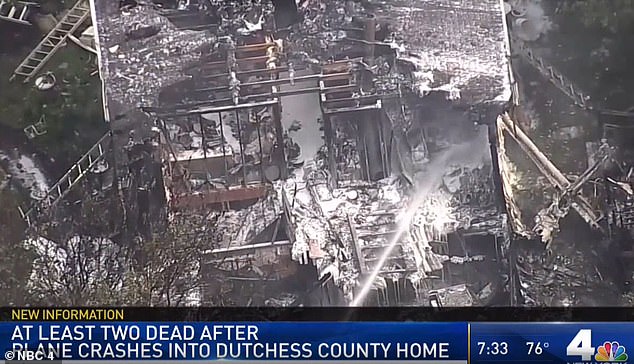 The deadly crash took place around 4.15pm on Saturday when a Cessna 303 aircraft suddenly plummeted into the two-story home located on Smith Road in Union Vale, New York, sending it up in flames while three people and several pets were inside 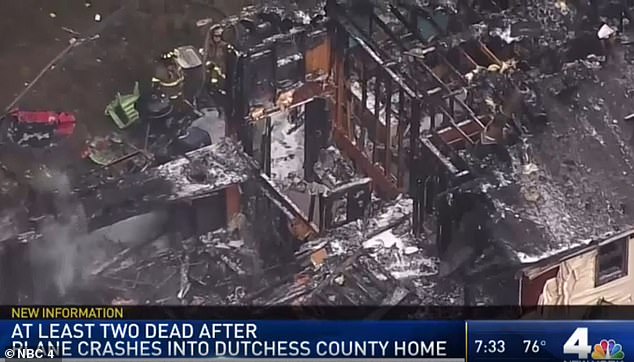 The plane was carrying three people and traveling from Orange County Airport in Montgomery to Sky Acres field in LaGrangeville when it suddenly crashed, killing on person on board. It’s not clear what triggered the collision 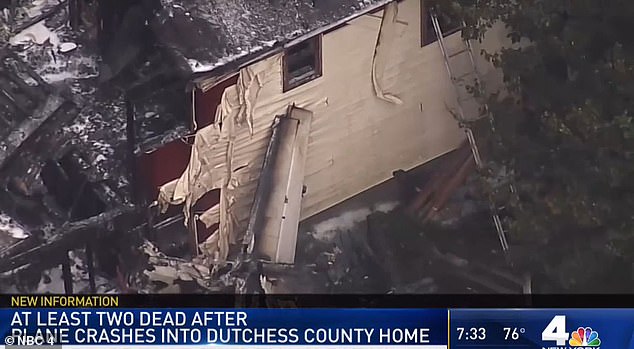 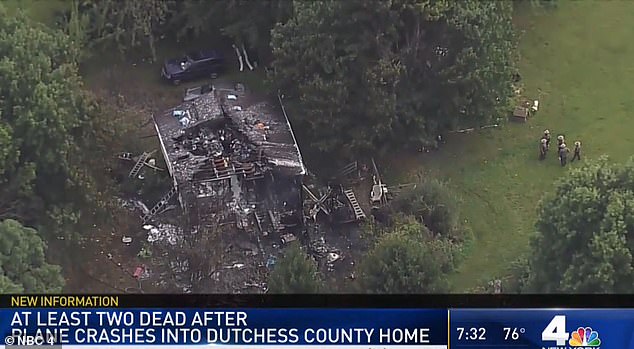 Jerry Bocker lived in the home with his wife Barrie and children Sarah and Hannah, while their son Will lives out of state. The Bocker’s also had two golden retriever puppies Charlie and Buoy, a black Newfoundland named Molly, and four cats.

A frantic search has been launched for the pets of the Bocker family.

A black Newfoundland dog named Molly was recovered but later died of her wounds Sunday, according to the Poughkeepside Journal.

‘All the family is asking for is for people to come out and look for their pets,’ family friend Korrie Petrus said.

Bocker was also identified as the owner of the home in a Facebook group for retired members of the Communication Workers of America Local 1120 union as he was a former Verizon employee.

The Cesna 303 aircraft that crashed was carrying three people from Orange County Airport in Montgomery to Sky Acres field in LaGrangeville to refuel on its way to Long Island’s Republic Airport in east Farmingdale, according to the Federal Aviation Administration.

The plane crashed less than a mile from the Sky Acres airport. It’s not clear what caused it to nosedive into the Union Vale home. No other details were given on the survivors on the aircraft.

Photos from the crash show the aircraft’s torn off tail laying between home’s ruined roof and deck. 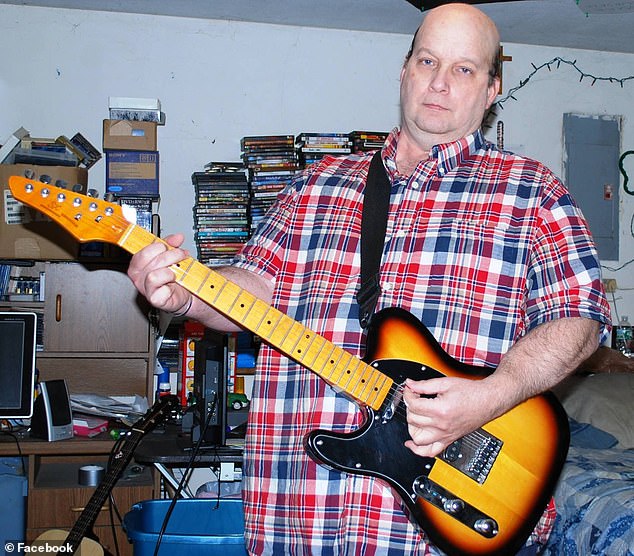 Jerry Bocker lived in the home with his wife Barrie and children Sarah and Hannah, while their son Will lives out of state. The Bocker’s also had two golden retriever puppies Charlie and Buoy, a black Newfoundland named Molly, and four cats 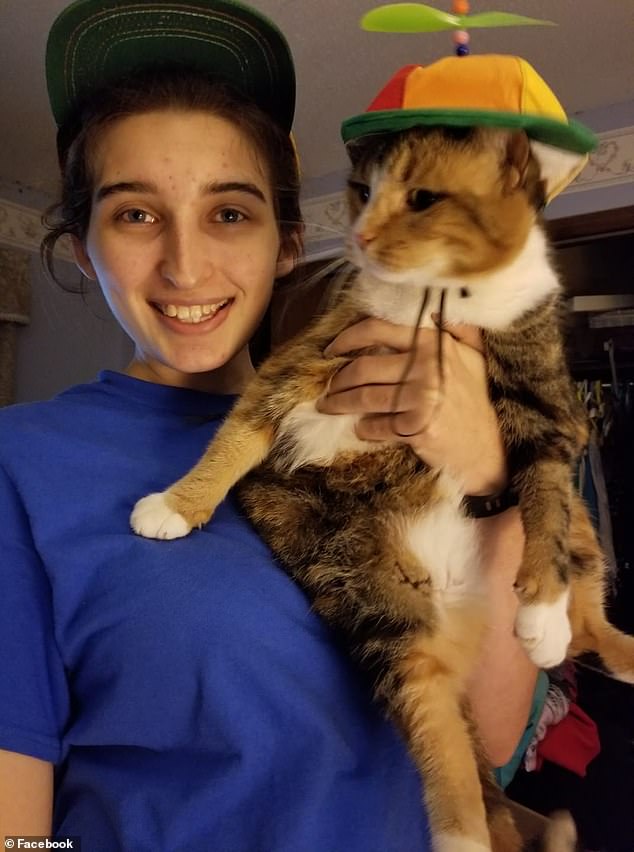 Hannah Bocker pictured above with a pet cat. She was home when the plane plummeted into her residence and sent it up in flames and is currently in the hospital in critical condition 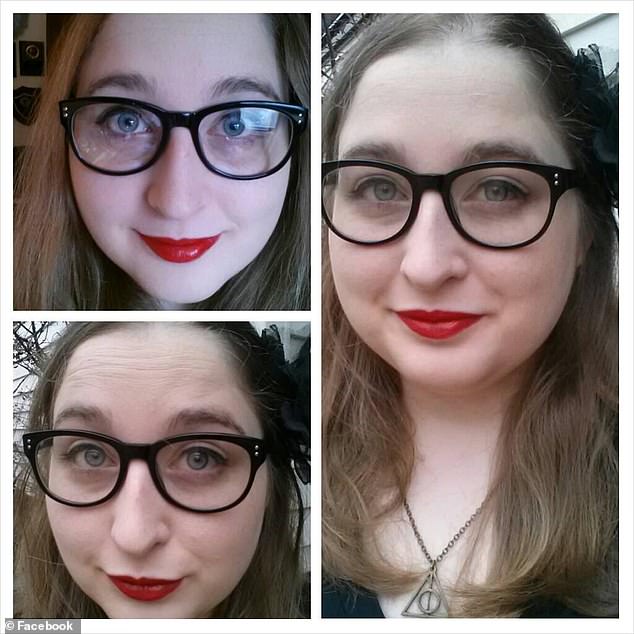 Sarah Bockers pictured above in a social media photo. She was reportedly seen by neighbors throwing the puppies out of the window to safety in the fire 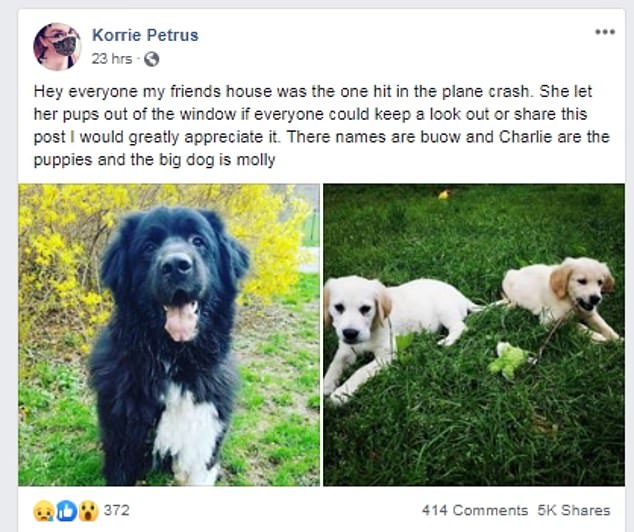 Friends of the Bocker family took to social media to plead for help in locating the family’s pets. By Sunday the family’s black Newfoundland Molly (left) died. The golden retriever puppies were found and returned to the family 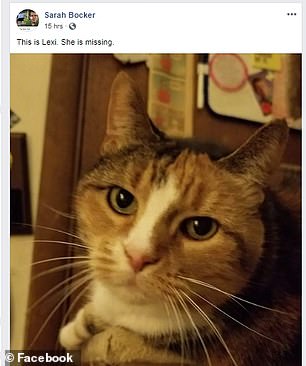 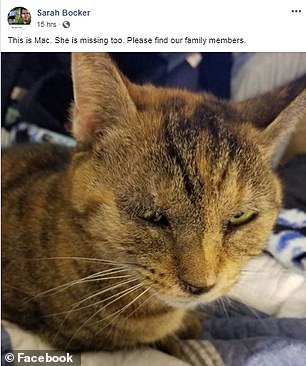 Sarah Bocker, who was in the home at the time of the crash, shared these posts on Facebook on Sunday pleading for help in locating her missing cats

One of the plane’s three passengers also died in the crash.

Witnesses said they heard a boom and saw flames erupt from the home along with thick black plumes of smoke.

‘There was a big boom. I thought I was going to holler at someone for backing into my garage door,’ neighbor Albert Poelzl, 96, said.

‘I walked out and God almighty. The flames were sky high. I didn’t see no plane. All I saw was the flames,’ he added.

‘I looked out the window and I saw flames shooting out 30 feet in the air. I yelled down to my wife Judy and said “Bocker’s house is on fire,”‘ neighbor Bill Keating, 80, said to the Journal, adding the Bockers have lived there for 32 years.

He said when he arrived to the Bocker’s home the ‘heat was significant’ and he saw six neighbors pulling two men from the house and the daughters throwing puppies out of a window for neighbors to catch below.

An ambulance arrived half an hour later.

‘There were two people they took out, I didn’t recognize them but I knew the family,’ Keating said. ‘One thing led to the other and the next thing I knew was one of the daughters was carried away from the house. She had been blown out the picture window and landed in a small kiddie pool that they had for their dogs.’ 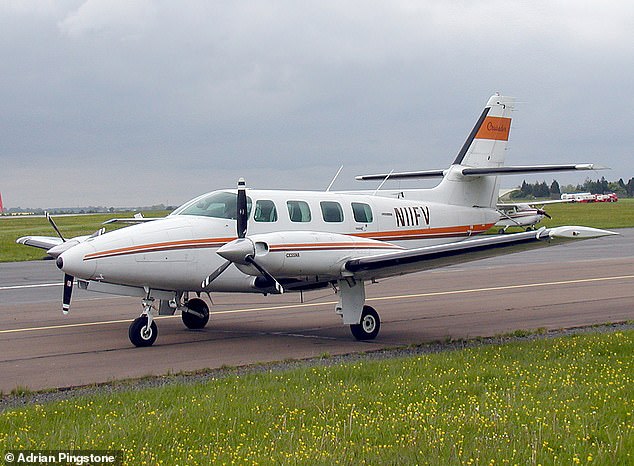 The Cessna 303 plane crashed less than a mile from the Sky Acres airport. It’s not clear what caused it to nosedive into the Union Vale home. File image of a Cessna 303 above 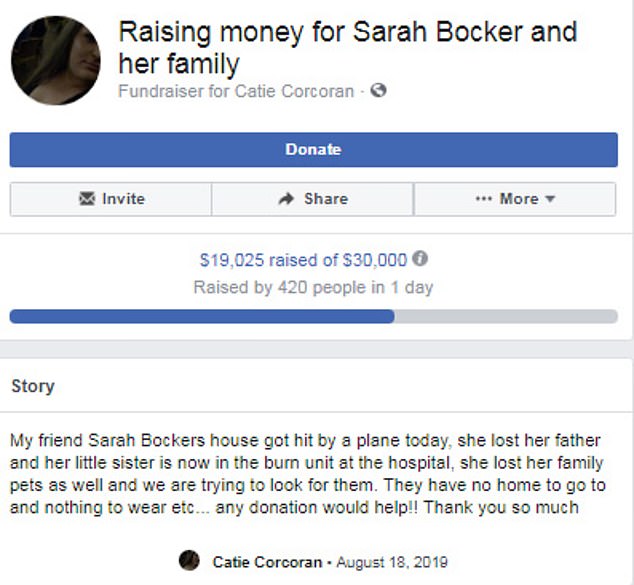 This fundraiser was started be a friend of Sarah Bocker on behalf of the family. The fundraising page says Jerry Bocker died and Hannah Bocker is in the burn unit at the hospital

Keating identified that daughter as Hannah, who suffered life-threatening injuries following crash, adding ‘she had her hands in the air and her skin, she was gray really’.

‘They were yelling to her “Get out! Get out!” and she tossed the puppies out the window gently,’ Keating said.

‘They were able to get a ladder to her and asked her to get out… She was saying “My father’s in there, my father’s in there.” She came down and she was in shock. My wife spent about two hours with her. She was not in a good place but she did say her father was in the house.’

Keating says Barrie, Jerry’s wife, was not home at the time of the crash and when she arrived home from work she was stunned to find her house in flames.

The Federal Aviation Administration and National Transportation Safety Board said they are investigating the crash.

Neighbors have started a fundraising page for the family that has raised over $19,000 by 7pm on Sunday.