A pilot last night survived crashing his small plane into the front yard of a suburban home.

Witnesses said the plane lost altitude shortly after takeoff and hit several trees before breaking apart outside a house in Whitpain Township, Philadelphia.

Neighbours rushed outside and cut the pilot loose when they saw he was being choked by his seat-belt in the wreckage.

Douglas DiSandro who lives across the street told Action News: ‘I heard the crash and I ran out front.’

He then heard the pilot gurgling in the bushes where the cockpit had ended up.

‘My friend Brian noticed there was a strap around his neck – one of his straps holding him into the seat – and so Brian called for scissors,’ he said.

‘We elevated him to get the pressure off his neck because he clearly wasn’t breathing until we could get the strap cut off.’

He said the pilot then started gasping for air before paramedics arrived and took him to hospital. Police say the pilot’s injuries don’t appear to be life-threatening.

The plane took off from Wings Field airport around 5pm last night but only travelled one mile before coming down.

The National Transportation Safety Board is investigating. No one at the home was hurt. 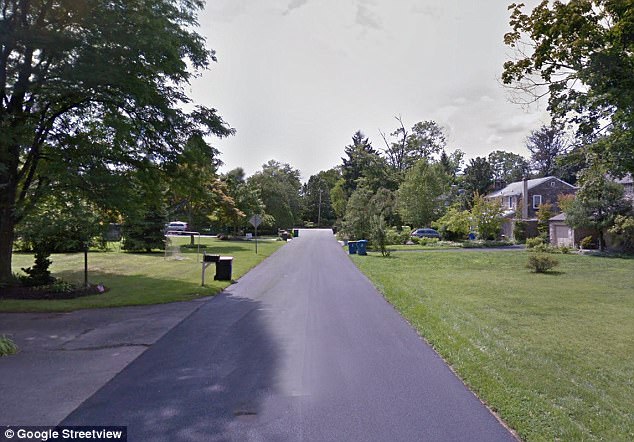