Smartphone photography is causing us to LOSE our memories

Taking photos on our smartphones is causing us to lose our most precious memories, scientists say.

We’re often so distracted by taking pictures that we can’t remember what we saw, forgetting the very thing we wanted to capture.

Using a smartphone takes us away from the moment, shifts our memory and ultimately changes the way we recall what has happened in our own lives, researchers say.

Using a smartphone takes us away from the moment, shifts our memory and ultimately changes the way we recall what has happened in our own lives, researchers say (stock image)

In an in-depth feature on the psychology of smartphone photography in Vox, Brian Resnick looks at how attention is key to forming a lasting memory.

When we create memories, neurons in our brains link together the sensations that create memories – for example what something looked like, or what it felt like.

However, if we’re distracted by taking photos, this information will never be stored and these sensations are not registered.

In a study in the Journal of Experimental Social Psychology, researchers took a few hundred participants on a self-guided tour of a church.

On the tour people were encouraged to take notes of what say saw – such as the shape of the building and what the adornments looked like.

One group had iPods with cameras and took pictures as they went, and the other group did not have cameras on them.

A week later, a quiz revealed those without cameras could correctly answer 7 out of 10 questions about what they saw.

For those who had cameras they got closer to 6 – a small but significant different, researchers say, and a sign the camera was a distraction.

Researchers, led by Emma Templeton, a Dartmouth College psychological researcher, wrote in the study that ‘participants without media consistently remembered their experience more precisely than participants who used media.’

‘Together, these findings suggest that using media may prevent people from remembering the very events they are attempting to preserve’. 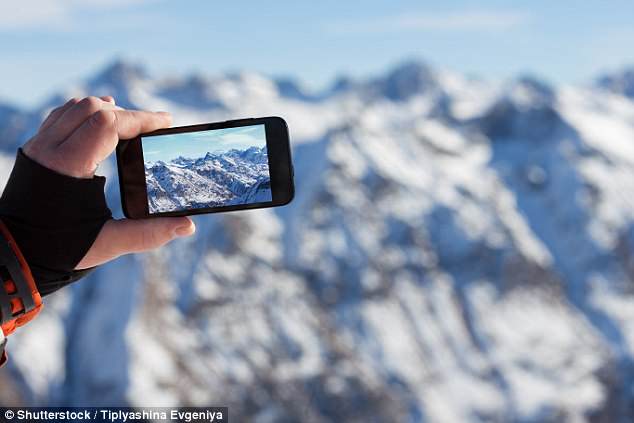 HOW DO WE FORM MEMORIES?

Beginning in the 1950s, studies of the famous amnesiac patient Henry Molaison revealed that the hippocampus is essential for forming new long-term memories.

Molaison, whose hippocampus was damaged during an operation meant to help control his epileptic seizures, was no longer able to store new memories after the operation.

However, he could still access some memories that had been formed before the surgery.

This suggested that long-term memories of specific events are stored outside the hippocampus.

Scientists believe these memories are stored in the neocortex, the part of the brain also responsible for brain functions such as attention and planning.

Researchers believe that the camera is distracting people from the experience which makes people unable to remember it as clearly.

She said that using smartphones has become a ‘giant source of distraction’ in our daily lives.

Researchers suspect that using media during any event could lead to us to forget it much more easily.

Other researchers have found posting pictures on social media changes how we remember memories and makes us more likely to remember something from a third-person perspective.

According to Alixandra Barasch is a cognitive scientist at NYU smartphones are changing what we notice.

‘If I asked you to form a picture in your mind of your Christmas experience then you’ll actually start visualising your Christmas more from an outsider’s perspective’, said Dr Barasch, talking about people who have shared a photo of the festive season on social media.

People who took pictures just for themselves did not remember the event in the same way.

She believes sharing photos makes the process of taking them less fun because we become more self-conscious.