Smashing the stereotypes of travelling solo

Fancy a solo trip? You’re not alone! Solo travel is changing fast and is one of the top trends for 2020

Every week our Holiday Hero Neil Simpson takes an in-depth look at an important holiday topic, doing all the legwork so you don’t have to. This week: holidaying on your own.

Think travelling on your own means you face a fortnight of single supplements and ‘table-for- one’ dinners? Absolutely not. Solo travel is changing fast and is one of the top travel trends for 2020. Here we smash some of the old-fashioned stereotypes.

Selfie-fulfilling: Lone travellers can join tours heading for destinations such as Santorini in Greece

Hardly anyone actually travels on their own

Solo-only holidays, tours and city-breaks are booming. The Association of British Travel Agents says one in six of us travelled alone in the past year – a figure that’s doubled in six years. With most of these breaks, you join groups of about a dozen other solo travellers, with a tour leader, and holiday in style. Forget sharing a room or getting a single the size of a shoe box. The best ones guarantee decent-sized single rooms or single use of twin or double rooms.

Solo holidays only go to a limited number of places

Think again with companies such as Solosholidays.co.uk, which offers solo-tours through 39 counties in Europe and North Africa alone. It’s got tours in more than two dozen other destinations as well, including Kenya, Costa Rica and Cuba. Fancy Brazil, Barbados, Japan or Antarctica? Solos has plenty of trips there as well, plus singles city-breaks to Berlin, Barcelona, Rome and more.

The newly published holiday lists for 2020 are full of surprises. Justyou.co.uk will soon be taking 13-day tours to Uganda (from £5,439) and Ethiopia (from £3,599) to see gorillas and ancient cave churches respectively. It’s got a new eight-day tour including Santorini, Paros and Mykonos in Greece from £1,849, and a Rat Pack-inspired trip to Palm Springs, California, from £1,899.

Looking for a fully hosted solo trip that lets you spend most of your time by the pool or on the beach? FriendshipTravel.com has seven-night hotel stays on the Croatian island of Brac (where Zlatni Rat beach was just voted the world’s most beautiful) from £945. 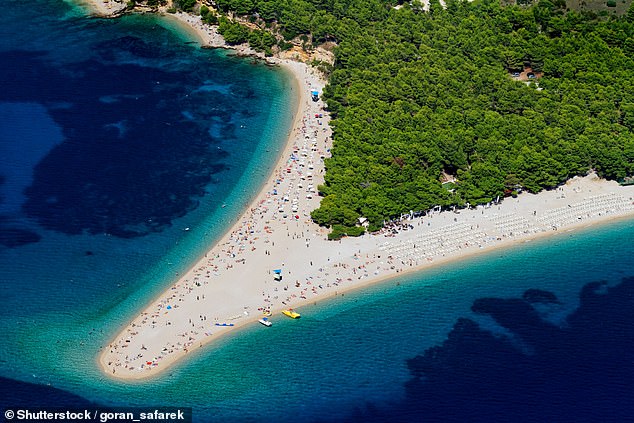 FriendshipTravel.com has seven-night hotel stays on the Croatian island of Brac (where Zlatni Rat beach was just voted the world’s most beautiful) from £945

Dozens of tour groups now sprinkle ‘solos-only’ holidays throughout their main ranges. With Voyage Jules Verne (vjv.com), solos can get adventurous in Ethiopia on a 12-night Abyssinia And The Blue Nile tour from £3,095 or enjoy European luxury with a seven-night Grand Hotel trip on Lake Como from £875. Firms such as Kuoni.co.uk and Coxandkings.co.uk also cater for solo travellers, the latter has a popular ten-day Serengeti safari in Tanzania from £3,845.

With tour specialists such as RivieraTravel.co.uk, you’ll pay a lot if you pick its 22-day solo-traveller trip round New Zealand (from £5,899). But it also offers four-day trips to Paris from £379 and, if you fancy a last-minute trip, there are places this month on the five-day Taste Of Normandy tour from £669, which includes the D-Day beaches, the Bayeux Tapestry and local cider and cheese tastings.

Best of all, most solo trips include guided tours and extra activities. Pick the seven-night Trails And Truffles tour from £1,099 with Solos and wine and olive tastings, a cooking class, a truffle-hunting hike and several guided walks are included in the price.