The trio were pictured smiling together as they left their meeting in Calabasas on Sunday.

It comes a week after Kanye dished out praise for Owens – a controversial YouTuber who is an outspoken critic of Black Lives Matter – on Twitter, saying he liked the way she ‘thinks’.

‘I love the way Candace Owens thinks,’ he tweeted last week. Kanye followed up moments later with a tweet reading: ‘Only free thinkers.’

Owens, who works for the right-wing group Turning Point USA, quickly responded begging for a meeting with the 40-year-old rapper.

‘I’m freaking out. @kanyewest …. please take a meeting with me. I tell every single person that everything that I have been inspired to do, was written in your music. I am my own biggest fan, because you made it okay. I need you to help wake up the black community.’

Trump’s son Donald Trump Jr. tweeted a photo on Monday of Kanye meeting with the conservative commentators, saying: ‘Woah, looks like my pals @realcandaceO and @charlieKirk11 hanging with @kanyeWest yesterday. This should be interesting!’

Kirk, who is the founder of Turning Point USA, then re-tweeted the image with the caption: ‘Free thinkers only’. 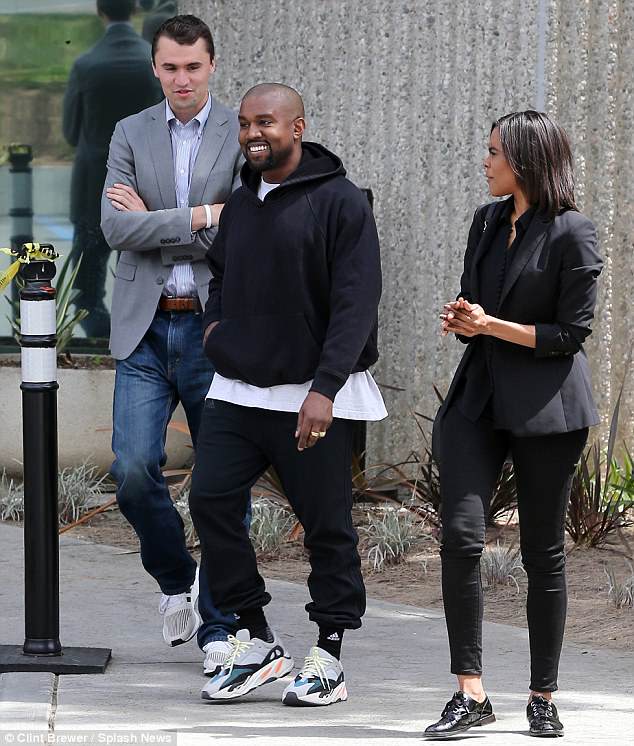 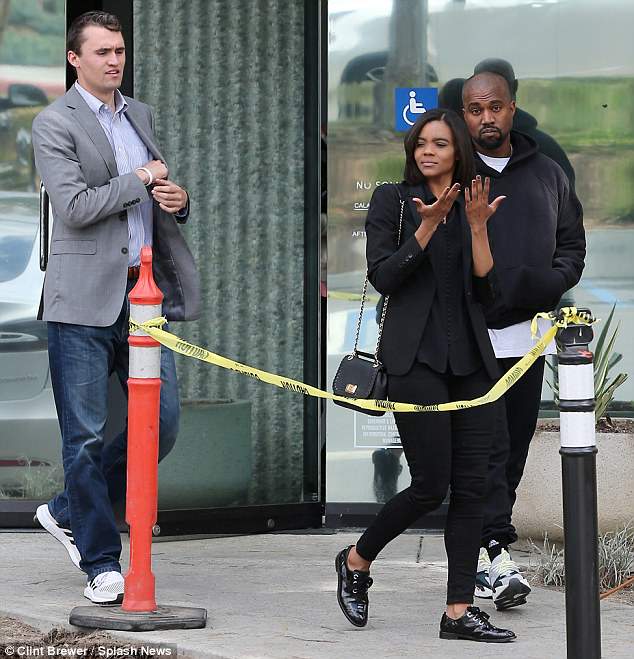 Owens is the creator of the Red Black Pill YouTube channel where she is known to push back on the political and ideological beliefs regarding Black America.

She recently called Trump the ‘savior’ of the free world and argued that Black Panther was a ‘Pro-Trump’ film because the fictional Wakandans were ‘tough on borders’.

Trump and Kanye traded Twitter love last week after the rapper caused controversy when he posted a series of tweets in support of the president, whom he visited at Trump Tower in December 2016 during the presidential transition.

‘You don’t have to agree with trump but the mob can’t make me not love him. We are both dragon energy,’ Kanye tweeted. ‘He is my brother. I love everyone. I don’t agree with everything anyone does. That’s what makes us individuals. And we have the right to independent thought.’

Later, West posted a photo of himself wearing one of Trump’s signature red campaign Make America Great Again hats and showcased that the president had signed it.

‘Thank you Kanye, very cool!’ the president posted in response to the tweets.

Trump praised the hitmaker once again during a rally in Washington, Michigan on Saturday, saying: ‘Kanye West gets it’.

‘When he sees African American unemployment is the lowest in history, you know, people are watching,’ Trump told a crowd of supporters.

The song, Ye vs. the People, is a collaboration with rapper T.I. in which the Chicago-born rapper is defending his recent political Twitter rants.

‘I know Obama was Heaven-sent/ But ever since Trump won it proved that I could be President,’ his lyrics say.

As the song was being released, Kanye was having dinner with wife Kim Kardashian, singer John Legend and his wife Chrissy Teigen.

It came after Kanye had posted a photo of a text message exchange between him and Legend where the singer was urging West to be careful with what he says, reminding the rapper that he is influential to millions of fans.