Acrid, black smoke was seen pouring from a chimney at the Russian consulate in San Francisco Friday, a day after the Trump administration ordered its closure amid escalating tensions between the United States and Russia.

Firefighters who arrived at the scene were turned away by consulate officials who came from inside the building.

An Associated Press reporter heard people who came from inside the building tell firefighters that there was no problem and that consulate staff were burning unidentified items in a fireplace.

Smoke was seen pouring out of the roof of the Russian consulate building in San Francisco on Friday, a day before the Russians were given a deadline to vacate the building 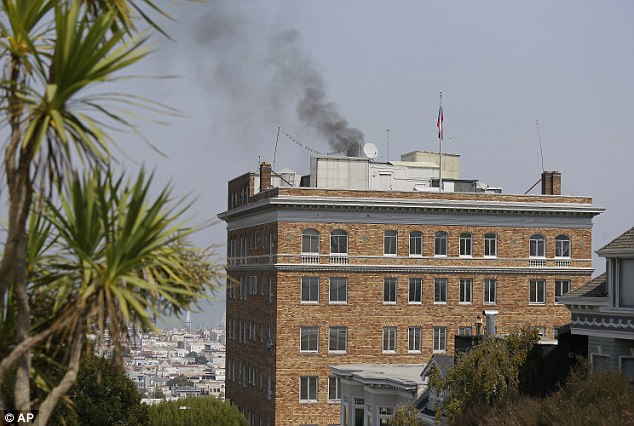 President Trump ordered the consulate and two others closed in retaliation for a recent Russian order for the U.S. to reduce its diplomatic staff in the country

Mindy Talamadge, a spokeswoman from the San Francisco Fire Department, said the department received a call about the smoke and sent a crew to investigate but determined the smoke was coming from the chimney.

‘They had a fire going in their fireplace,’ she said.

Talmadge said she did not know what they were burning on a day when normally cool San Francisco temperatures had already climbed to 95 degrees by noon.

‘It was not unintentional. They were burning something in their fireplace,’ she said.

The consulate’s workers are hurrying to shut Russia’s oldest consulate in the U.S. According to the executive order, they must be out of the building by Saturday, and are no doubt scrambling to destroy confidential documents and other items they don’t have the time to move out.

The order for Russia to vacate the consulate and an official diplomatic residence in San Francisco – home to a longstanding community of Russian emigres and technology workers – escalated an already tense diplomatic standoff between Washington and Moscow. 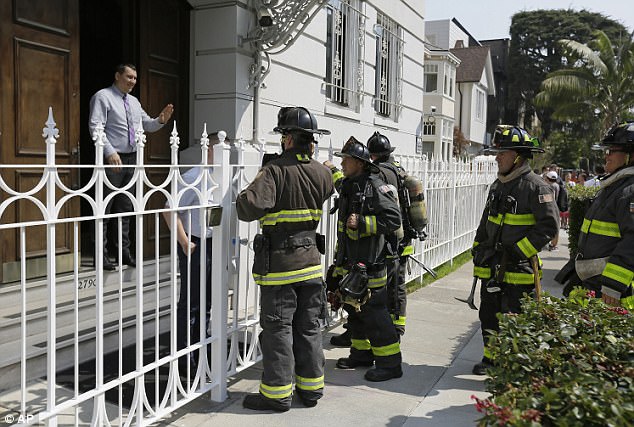 When firefighters responded to the scene, they were turned away by diplomatic staff, who said they were just burning items in a fireplace 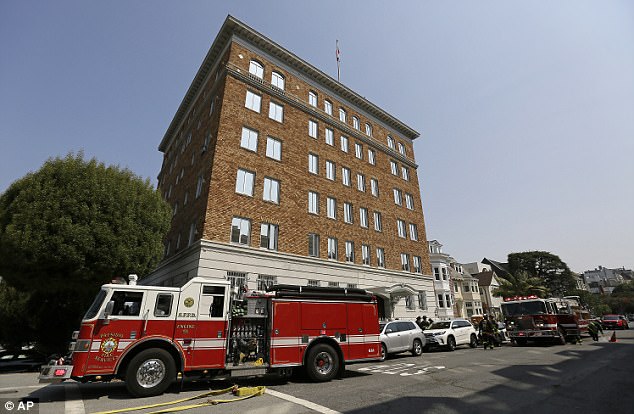 It’s unclear what the Russians were burning, but they are no doubt in a rush to destroy items that they don’t have the time to move out by Saturday 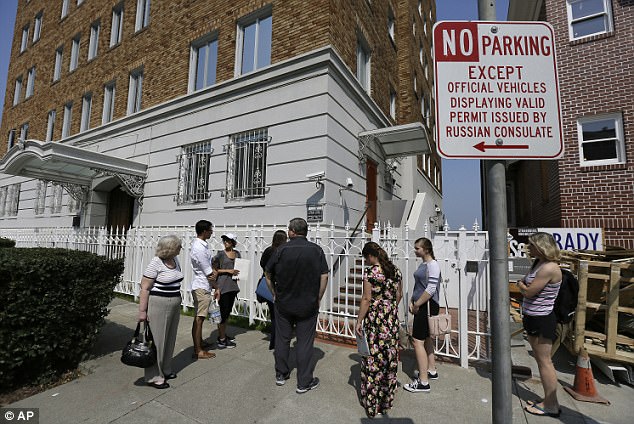