A twelve-year-old girl had to fight for her life after a timber rattlesnake bit her in the leg while she was playing at a friend’s house in Georgia.

Cecillia Gonzalez was playing near a creek in her friend Peyton Gillian’s yard on Saturday when she fell into a tree.

Her fall landed her right in striking distance of a timber rattlesnake, a venomous snake that is native to the southeast of the US.

Peyton alerted an adult who immediately called 911. By that point Cecillia was vomiting as her foot swelled uncontrollably.

Cecillia Gonzalez, 12, was playing at a friend’s house when she was bitten by a timber rattlesnake. She had to be flown to the hospital in a helicopter 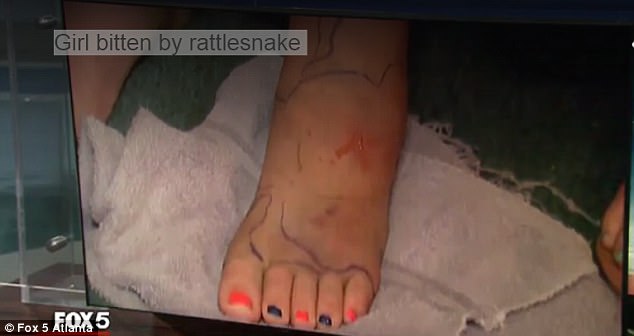 ‘It’s kind of blurry from there, but then, all I remember is them helping me get up there to the house,’ Cecillia told Fox 5 Atlanta.

The incident took the two friends by surprise because the snake didn’t rattle before it attacked Cecillia.

She had to be airlifted to Children’s Healthcare of Atlanta from Dawsonville and treated for her deadly snake bite.

This left her body fighting against the snake venom for four days in the intensive care unit of the hospital. 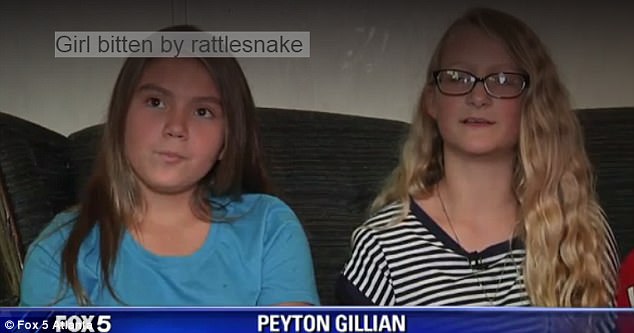 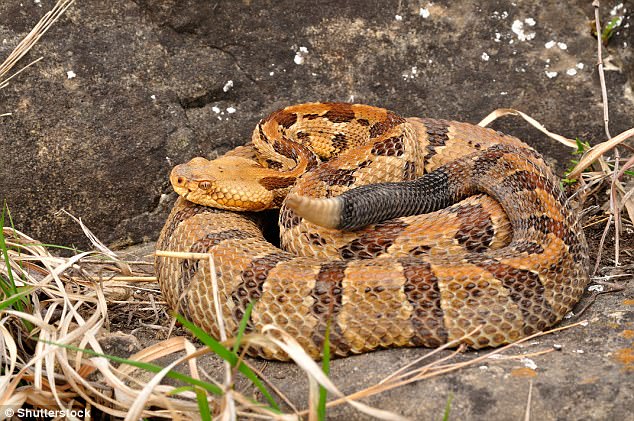 The timber rattlesnake are found in the southeastern part of the United States. During the summer, males like to hide in forested areas and females bask in the sun on rocks (file photo)

How does a bite from a tiber rattlesnake attack the human body?

These bites are some of the most venomous in the US.

The venom causes an initial burning for the victim that will then lead the area around the bite to start swelling within 30 minutes.

After the bite, the venom will spread to the circulatory system and victims start to taste metal in their mouth due to a component of the venom.

Muscle spasms and hemorrhaging in the body will occur until the victim eventually dies if left untreated for longer than two days.

The hospital gave her multiple doses of anti-venom to work against the venomous bite.

The anti-venom works to neutralize what is in the rattlesnakes fangs so that it can’t hurt anything in the body.

The hospital had this ready so that they could immediately inject Cecillia with it when she landed in Atlanta.

She stayed in the intensive care unit for four days so that doctors could monitor her for any other swelling in her leg and other symptoms.

Now, she is home with her friends, but she wants people to be aware that this could happen to anyone if they aren’t paying attention.

‘Watch where you’re going and be careful,’ Cecillia said to Fox 5 Atlanta.