Australian snake catchers have warned people to be prepared to ward off a tsunami of snakes that may visit them at their homes as temperatures begin to soar.

Snake catcher Tony Harrison of Gold Coast in Queensland told Daily Mail Australia that the influx is expected to last for at least another two weeks.

‘Snakes are cold blooded reptiles so when its warm they become very active,’ he said.

‘I have had between seven to 10 calls per day since the breeding season began.

While not all of them have turned out to be legitimate calls, he said almost 95 percent of them were.

Mr Harrison said that in the last fortnight he has caught over 100 snakes and have relocated them to the nearest bush.

‘We have to fill out the paperwork to the Environmental Protection Agency before leaving them in the bush,’ he said.

‘We have caught all sorts of snake from pythons, to green tree snakes and eastern brown snakes,’ he said.

He said the snakes were found sometimes outside or inside a property.

‘Don’t go after the snakes yourself or you’ll risk getting bitten.

‘Take a photo of the snake and send it to a snatch catcher as they will be able to provide you with the best advice on what to do next,’ he said.

He added the photos were also a good way for snatch catchers to avoid charging a call out fee if the ’emergency’ turned out to be something else.

‘Years ago, I had someone mistaking a used condom for a snake.

‘There was also a time when I was called to catch a reptile which turned out to be thongs.

‘Sometimes these are not snakes and it will cause a lot of embarrassment to the owner,’ he said. 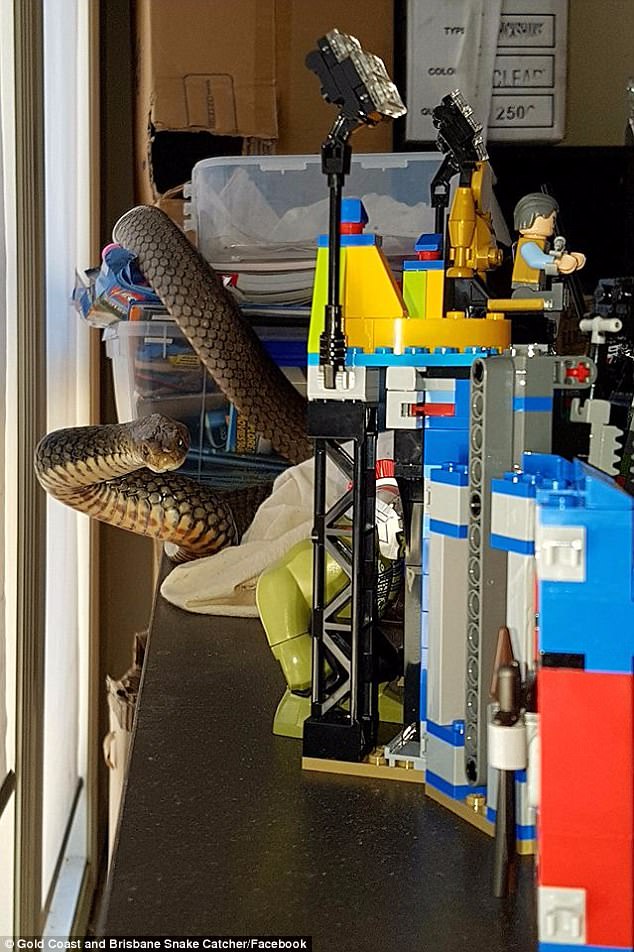 However, he said there was times when he caught between three or four snakes in a house.

Mr Harrison’s advice for anyone wanting to avoid coming face to face with the reptiles is to always keep their house surroundings clean.

‘There is two things that attract snakes which is food and refuge.

‘People should keep their house junk-free and not have piles of tins, woods and other stuff around their lawn as these can attract snake food such as lizard, mice and frogs which will inadvertently attract the snakes,’ he said.

Daily Mail Australia reported on Monday that three people with snake bites were taken to hospital in Queensland.

A woman taken to the Sunshine Coast University Hospital is now in a stable condition after being bitten on the leg by what is believed to be a brown snake at Bald Knob in the hinterland.

While another two men aged in their 50s were also taken to hospital following bites to their feet at Fig Tree Pocket in Brisbane and the Gold Coast’s Tamborine Mountain. 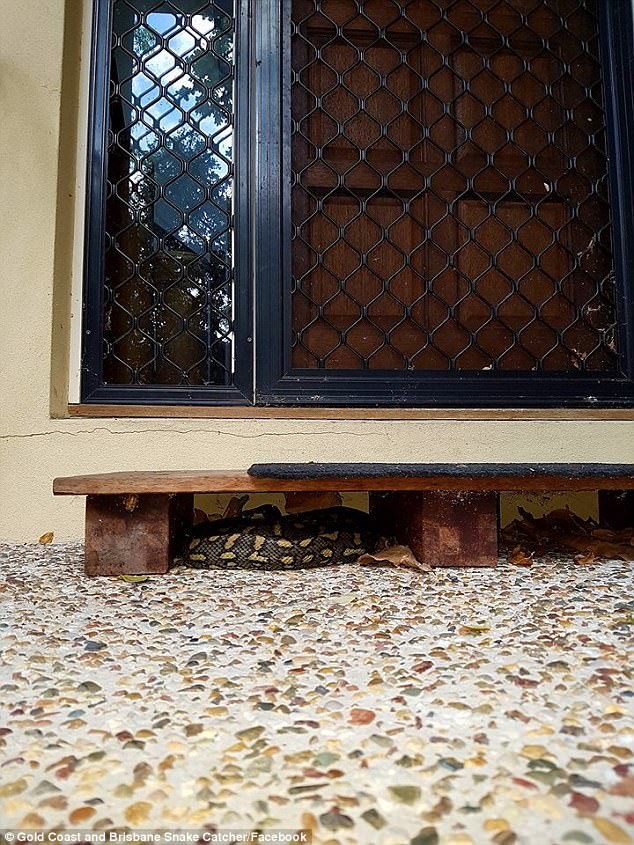