Shocking details have emerged about a horror gym accident which has left a man fighting for his life after being crushed by equipment – as fitness experts speak out about the dangers of lifting alone.

The man, aged between 25 to 35, was working out at Snap Fitness in Spring Hill, central Brisbane, at 5.47 am on Thursday when he became trapped underneath a weight.

Bystanders at the gym, which was unattended by staff, rushed to his aid before paramedics arrived 40 minutes later and transported him to Royal Brisbane and Women’s Hospital.

Now, a gym member has revealed the accident unfolded while the victim was working out his upper body.

‘His injury happened while [he was] doing a seated overhead press in a Smith machine,’ the man wrote online.

Emergency services were called to the Snap Fitness gym (above) on Turbot Street, Spring Hill, in inner Brisbane before 6am following reports a man had been caught under the weights 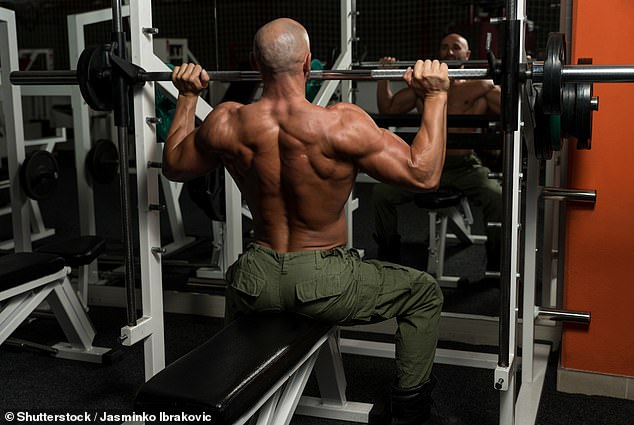 Pictured: A man doing an overhead press in a Smith machine (stock)

‘[It] didn’t seem life threatening to begin with, although serious enough to call an ambulance.

‘But it took about 10 to 15 minutes for it to get really serious, that is “he-is-now-unconscious-start-CPR-now” serious.’

The 24-hour gym is only staffed between 10am and 7pm on Monday to Thursday and 9am-2pm on Fridays and was reopened by 10am on Thursday following the incident.

The tragedy has raised concerns a repeat accident could happen elsewhere with gym members given little guidance by staff on how to properly use the weights.

While Smith machines – which feature a barbell attached to a safety rail system – are designed to help fitness enthusiasts lift heavy weights without a spotter, experts say gym-goers may not know how to activate its protective features.

‘Particularly in those commercial type gyms there isn’t really much help going on,’ he told Daily Mail Australia.

‘You sign-up, become a member and then you’re generally free to roam the gym. Some places might show you, but in the majority, they probably have limited staff.’

Mr Attard said gym-goers were generally left to figure out how to use machines on their own with some contraptions having rudimentary diagrams stuck on the side.

‘They’re pretty basic,’ he said. ‘They show you what the machine works out, but they don’t tell you how to perform the exercises properly.’ 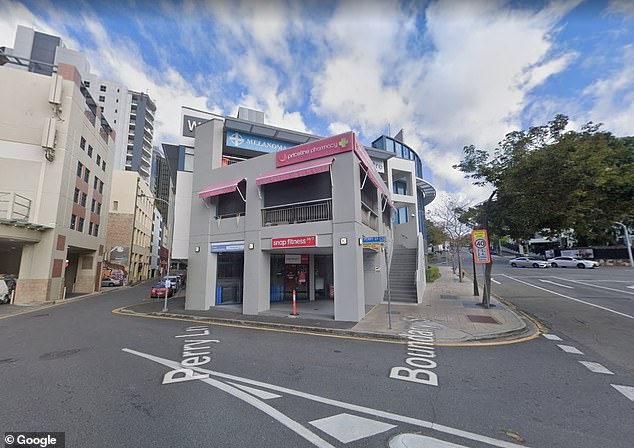 It is understood emergency services freed the man from under a set of weights at about 6.20am before he was rushed to hospital in a critical condition (pictured, the front of Spring Hill Snap Fitness)

He said the lack of guidance from staff not only led to improper use of the machine but dangerous exercises.

‘Men, particularly, are very focused on wanting to lift heavy,’ he said.

‘They think, “The heavier I am doing, the more jacked I can become”. Sooner or later they realise this isn’t the case.’

Mr Attard warned gym-goers didn’t even have to add exorbitant amounts of extra weight to their routine to increase their risk of injury.

‘They might be trying to lift more too quickly, and put an extra five kilos on every single time they return to the gym,’ he said.

Mr Attard said gym-goers needed to use common sense when working out and ensure precautions were taken when using equipment like the Smith machine.

‘If you’re going by yourself and no-one’s there, lift weights that are submaximal,’ he said.

‘Don’t push yourself to failure. Make sure you still have some reps left in the tank.’ 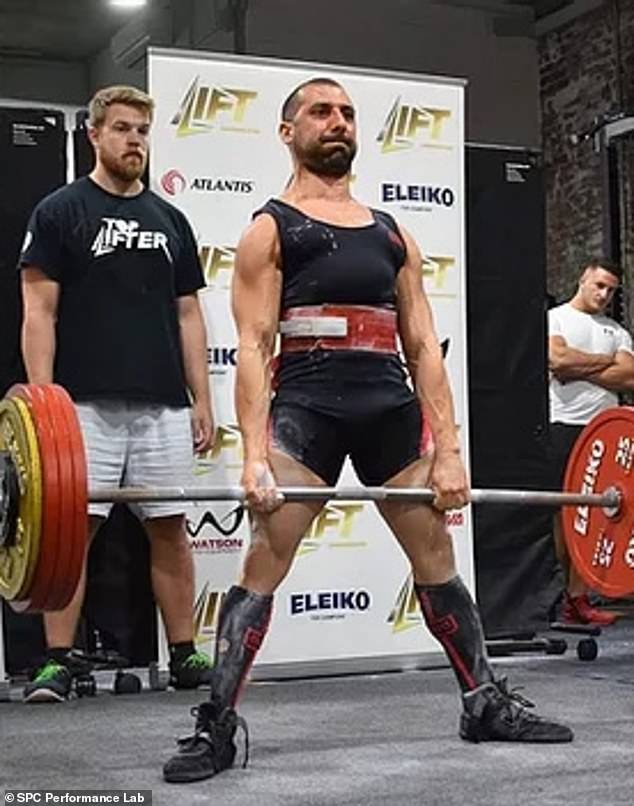 He advised weight lifters using the Smith machine to attach face catchers, a safety rack that catches the bar if it is dropped.

‘Your face and your neck are you most vulnerable spots on your body,’ he said.

Mr Parker thanked other gym goers at the scene who, with the help of triple-zero operators, began resuscitating the man and gave him first aid while waiting for paramedics.

‘It appears he was struck by a weight at the gym, causing his head and chest to suffer significant injuries,’ he said.

‘The paramedics did resuscitation and treated any immediate life threats, including anesthetising the patient.’