Snapchat video of boy kicking little girls to the ground

Disturbing video emerged of a young boy kicking two little girls forcing them to fall on their face.

The video consists of two clips. In the first, the boy comes from behind a little girl, who appears to be walking with her family, and kicks her feet from underneath her. She falls on the concrete and the boy walks away.

The video was taken on Snapchat, and has the caption, ‘this n***a goin to hell’ followed by emojis. 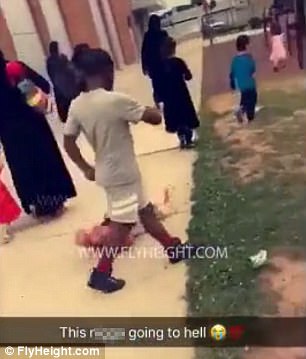 In the first clip, the young boy comes behind the little girl, who appears to be walking with her family, and kicks her feet out form underneath her 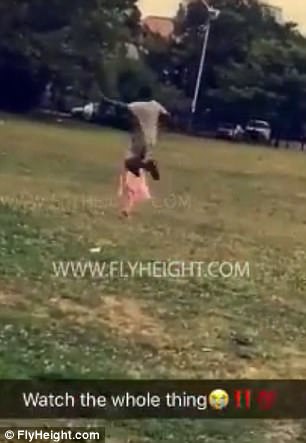 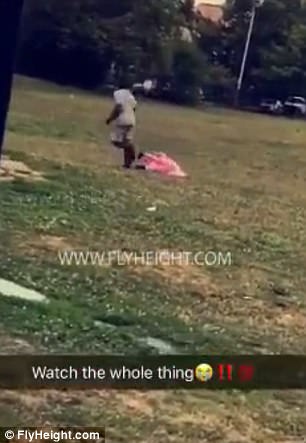 In the second clip, he runs, jumps and kicks the little girl down with both feet

The second clip shows a little girl in a pink dress walking in grass. The camera shoots from a distance as the boy runs up to her, jumps and kicks her to the ground with both feet.

That clip is accompanied by the caption, ‘Watch the whole thing’ with the crying emoji.

Someone then lets out a high-pitched scream of terror as the video shuts off.

It’s unclear where this video was taken and who the victims and suspect are.

However, comments on the video call this little boy ‘evil’ and a ‘monster’. Some are suggesting he should go to jail, while other’s blame bad parenting.