Shoes fit for royalty! The sneakers beloved by Princess Diana and Kate Middleton are half price right now – here’s how to get them

A pair of sneakers by an Italian brand beloved by the likes of the Duchess of Cambridge, Princess Diana and the Duchess of Sussex is selling their shoes for half price in Australia right now.

The brand Superga has long been the royal choice of shoe, going back as far as when Princess Diana wore a pair of their canvas sneakers in 1997.

Since then, Kate Middleton has worn the budget shoes on countless occasions – including on a trip to Canada in 2016, to the London marathon and out and about in the British capital.

Australians can currently get their hands on the classic Cotu style for just $44.98 – a fraction of the typical $99 price tag. 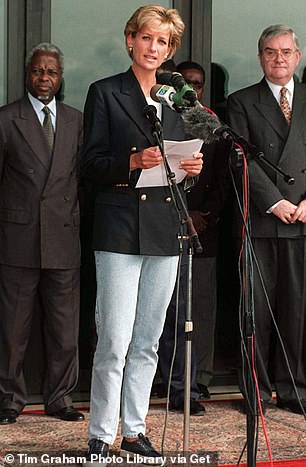 The Superga sale is available on the store’s website, while stocks last.

Whether you prefer a canvas white sneaker, polka dot pattern or platform, there is something for everyone. 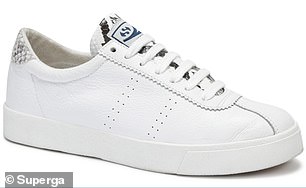 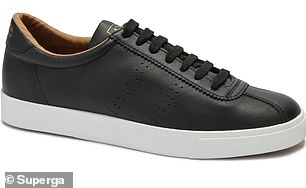 Superga have been making shoes for over 100 years and originally began production in Turin, Italy after creating their first Classic Superga 2750 heritage style shoe.

Over the past few years white sneakers have become an essential casual shoe in a woman’s wardrobe, and the sale comes just in time for the southern hemisphere’s winter.

The shoes are made to last and the simple style goes well with nearly every outfit.

In both 2017 and 2019, the Duchess of Cambridge was seen wearing a pair of Superga 2750 Cotu Classic sneakers, which are currently included in the half price sale in selected colours for $44.98.

Princess Diana also wore a black pair with a white rim to during her visit to the Red Cross Projects in Angola in 1997.

Other popular styles included in the sale are the women’s 2790 Cotdrillropew white sneaker with a woven finishing which is on sale for $83.97, and the 2730 Cotu Rose Mahogany which is now retailing for $49.98.

Superga have been making shoes for over 100 years and originally began production in Turin, Italy after creating their first Classic Superga 2750 heritage style shoe.

Since the dawn of the business, the 2750 shoe has been the brand’s icon and has been transformed into a number of varying styles over the decades.

The ‘Kate effect’ has not gone unnoticed either, with a representative previously telling FEMAIL that sales doubled after the Duchess wore the shoes.

A spokesperson for the brand said: ‘Superga has seen the sales figures for this style double since Kate has been stepping out wearing them repeatedly.

‘As they are Superga’s most popular style it’s practically impossible to sell out completely as they have plenty of stock of this particular white trainer.’