Snooki and Jersey Shore cast team up for Miami photoshoot

Snooki and the Jersey Shore crew jumped into a classic car on Sunday while filming for their MTV series reboot in Florida.

They took part in a photoshoot in a vintage Pontiac GTO convertible with the license plate GTL 4FVR for the upcoming reboot Jersey Shore: Family Vacation.

On vacation: Nicole ‘Snooki’ Polizzi flashed the peace sign while taking part in a photoshoot on Sunday for Jersey Shore: Family Vacation in Miami

The license plate was a reference to the ‘Gym, Tan, Laundry’ phrase the group used to describe their daily routine. 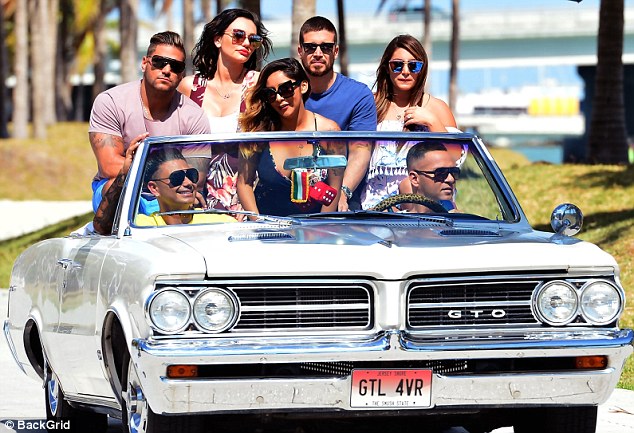 Classic convertible: The Jersey Shore gang cruised around in a Pontiac GTO with GTL FVR plates 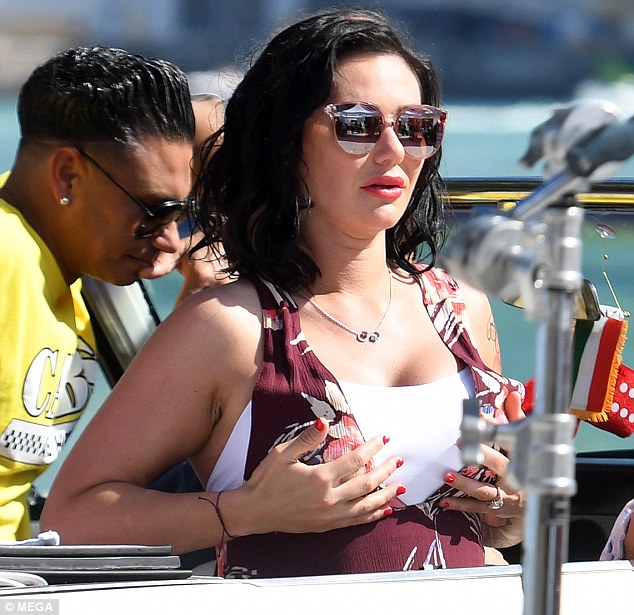 Hands on: The reality star checked herself during the photoshoot

The guys wore their usual outfit of T-shirts and jeans.

Mike ‘The Situation’ Sorrentino, 35, was at the photoshoot after pleading guilty to cheating on his taxes. 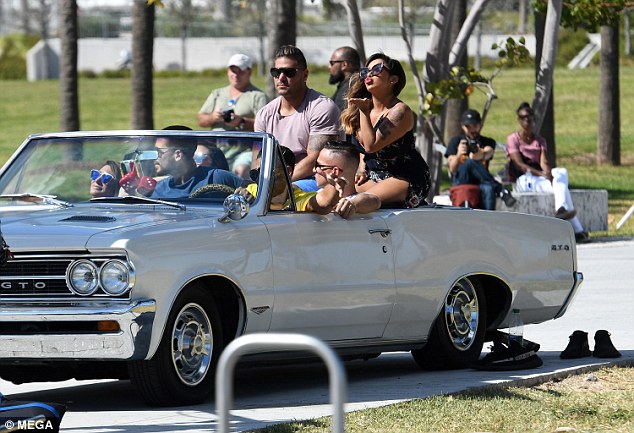 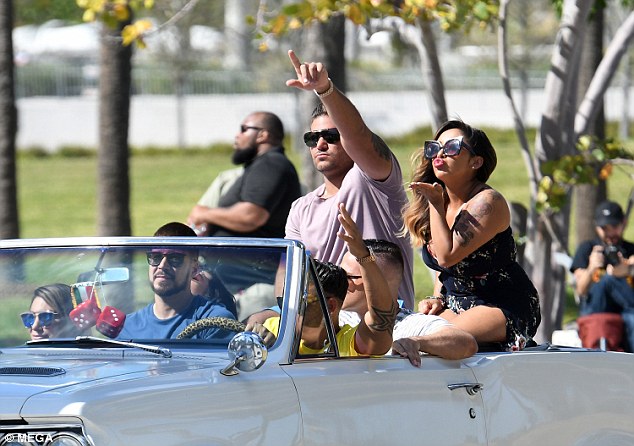 He pleaded guilty last month to one count of tax evasion and admitted concealing his income in 2011 by making cash deposits in amounts that wouldn’t trigger federal reporting requirements.

Mike and his brother, Marc, were charged in 2014 and again last year with multiple counts related to nearly $9 million in income from the show.

They had pleaded not guilty but wrote a letter to the judge stating they wanted to change their pleas. 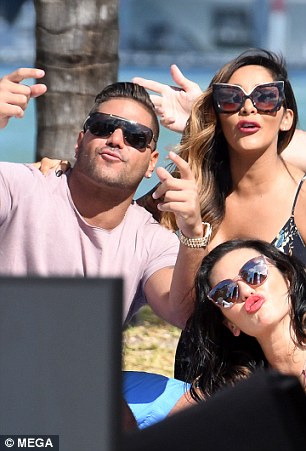 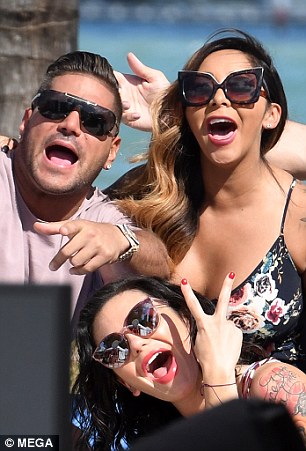 Good times: The MTV stars had fun together during the photoshoot 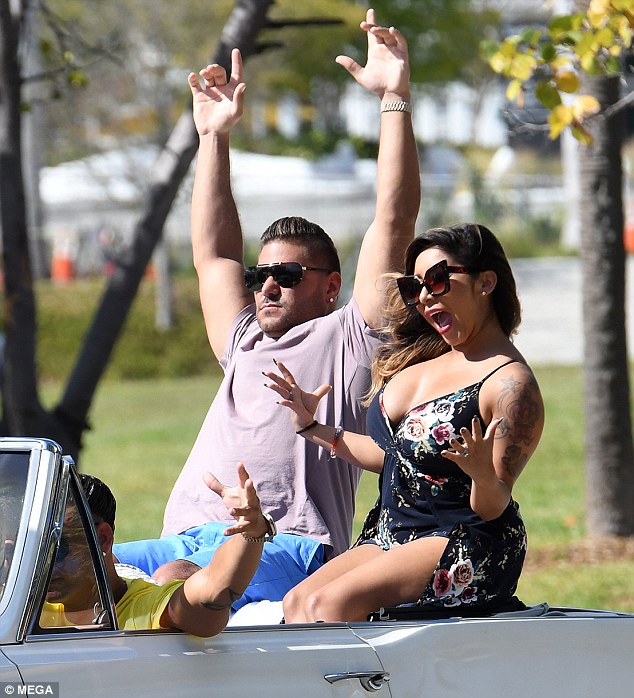 Having fun: Jersey Shore: Family Vacation will premiere in April

Jersey Shore ran from 2009 to 2012 on MTV and followed the lives of rowdy housemates in the New Jersey town of Seaside Heights.

They were known for their drunken antics and the ‘gym, tan, laundry’ phrase they used to describe their lifestyle.

Jersey Shore: Family Vacation will premiere on April 5 on MTV. 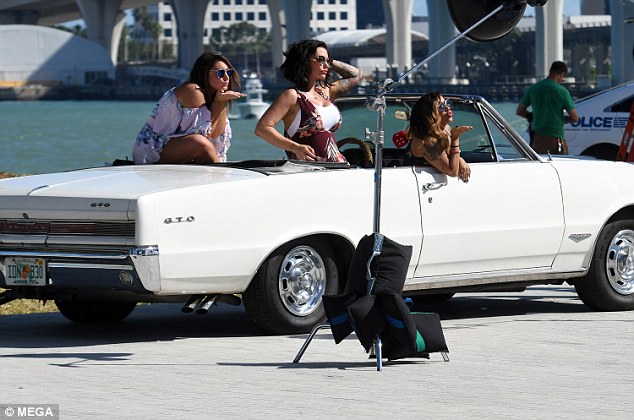 Reality series: Jersey Shore originally aired on MTV from 2009 to 2012