If you’ve still got holiday days to use and pennies in the bank, then National Geographic Travel has revealed some its top destinations to hit this autumn.

In a bid to beat the cold weather blues, experts from the site suggest heading to the luxurious white sand beaches of Lizard Island, an exclusive resort off the Queensland coast.

If you’re more of a mountain goat, then head to Zion National Park in Utah, where the rugged landscape will quench your appetite for adventure.

Cape Town also serves up a range of different activities and a hike up to the top of Table Mountain is a must.

Closer to home, the wine season is in full flow over in France, with grape harvests taking place across the country.

Bhutan opened its doors to Western tourists in the 1970s, but with more and more tourist visas being issued, travellers are advised to visit sooner rather than later

Bhutan opened its doors to Western tourists in the 1970s, but with more and more tourist visas being issued, travellers are advised to visit sooner rather than later.

The constitution designates that 60 per cent of the country remain under forest cover. In between your wooded explorations, explore the Taktsang Palphug Monastery, also known as the Tiger’s Nest.

There are also two annual festivals in autumn, Thimphu Tshechu, which runs for three days and attracts more than 3,000 travellers per year, and the Black-Necked Crane Festival, which takes place on November 11 and celebrates the yearly return of migrating black-necked crane. 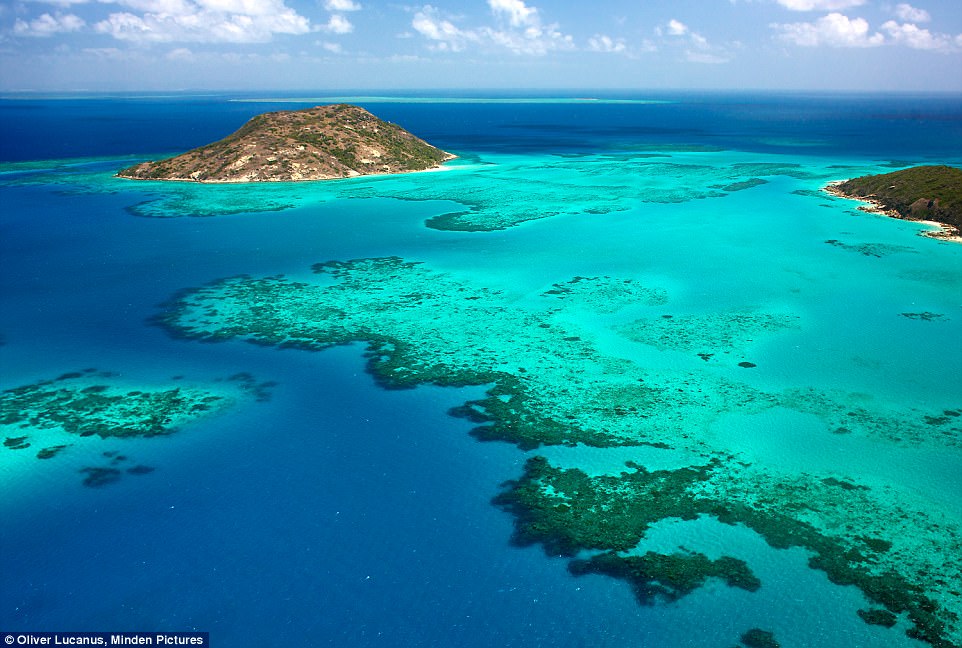 A tropical isle in the northern reaches of the Great Barrier Reef, Lizard Island is a 1,024ha national park with 24 sugar sand beaches

A tropical isle in the northern reaches of the Great Barrier Reef, Lizard Island is a 1,024 hectare national park with 24 sugar sand beaches and mesmerising sights beneath its turquoise waves.

With just one resort on the island, it’s not hard to escape the crowds and disappear for a picnic.

Pick a beach – any beach – and staff will set up an al-fresco supper, complete with Champagne, while you watch the sun set over the reef.

However, breaks to this luxury don’t come in cheap so be prepared to pay a premium. 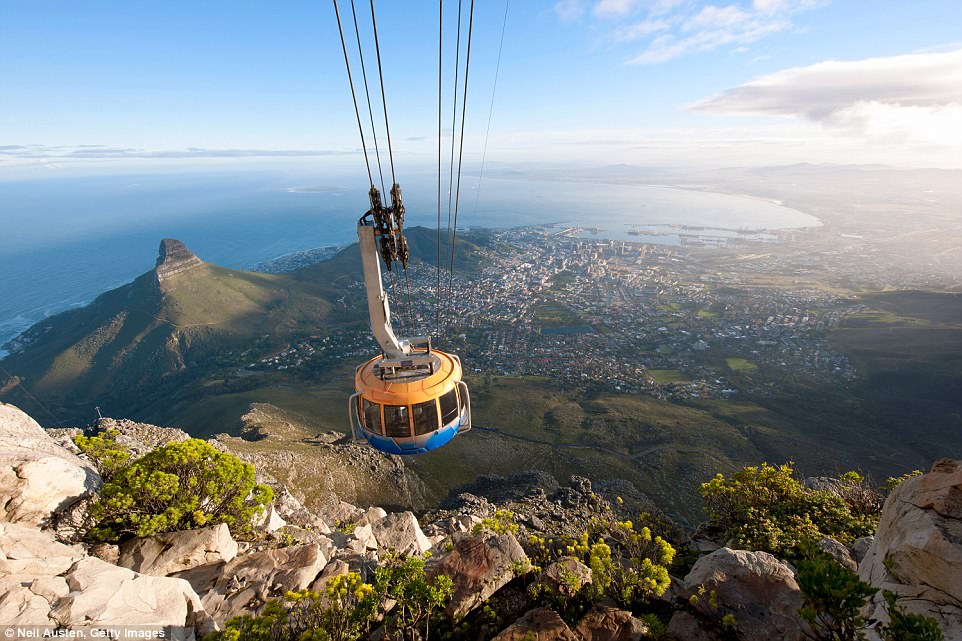 For some epic views, zoom up all the way to the top of Table Mountain in Cape Town, where your head will quite literally be in the clouds

With its towering mountains, penguin-strewn beaches and world-class vineyards, Cape Town has it all.

Room rates at its best hotels can be costly, but everything else is absurdly cheap – a decent bottle of everyday wine, for example, will set you back only £2.

For some epic views, zoom up all the way to the top of Table Mountain, where your head will quite literally be in the clouds.

The cable car ride is certainly an efficient way to get to the top and only takes a few minutes. The best time to visit the Taj Mahal in India is in the autumn, during cooler weather. The gardens are also lush and green thanks to the monsoon rains

The best time to visit the Taj Mahal in India is in the autumn, during cooler weather.

The months of October and November, after the monsoon, offer spectacular sights of the marble mausoleum with the gardens lush and green.

Autumn also marks the annual holiday of Diwali in India, a festival which spiritually signifies the victory of light over darkness and hope over despair.

Other must-see spots in the country include the Nahargarh Fort, which offers views of glittering city below, and the Jal Mahal, a half-submerged water palace in Man Sagar Lake twinkling with lights. 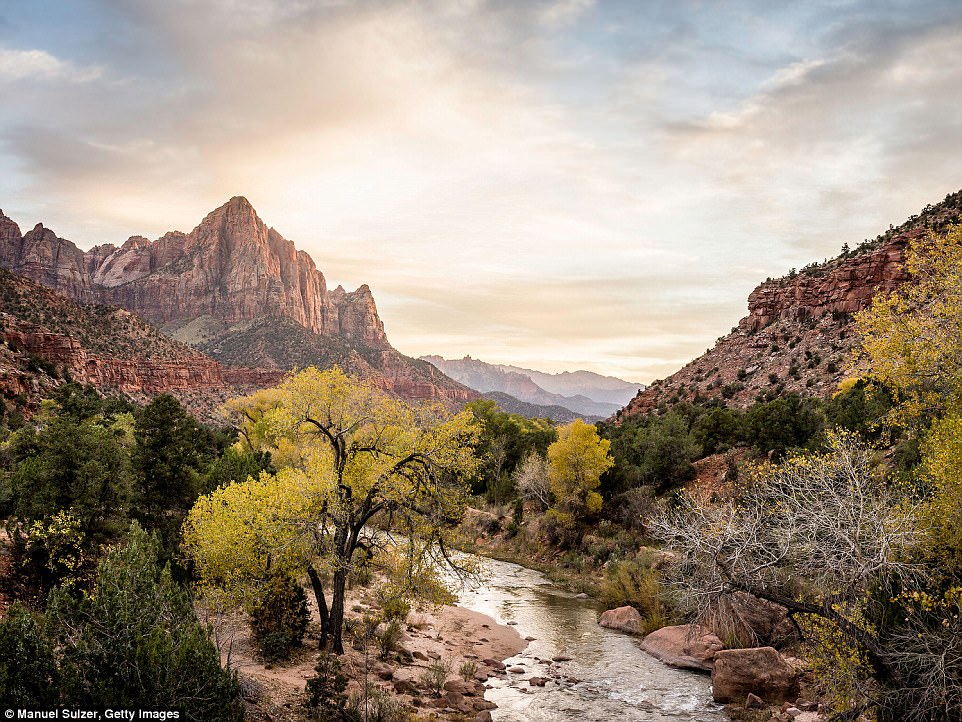 Zion National Park in Utah is one of the most visited parks in America.

Whether you are trying to catch your breath while climbing the incredible trail to Observation Point or watching the shadows constantly change the mood of the Court of the Patriarchs, the park guarantees to ready to quench your appetite for outdoor wonder.

Many rewarding yet relatively easy day hikes for families can be accessed in Zion Canyon.

The Pa’rus Trail and the Riverside Walk are two wheelchair accessible hikes that offer a great sampling of Zion’s incredible scenery. 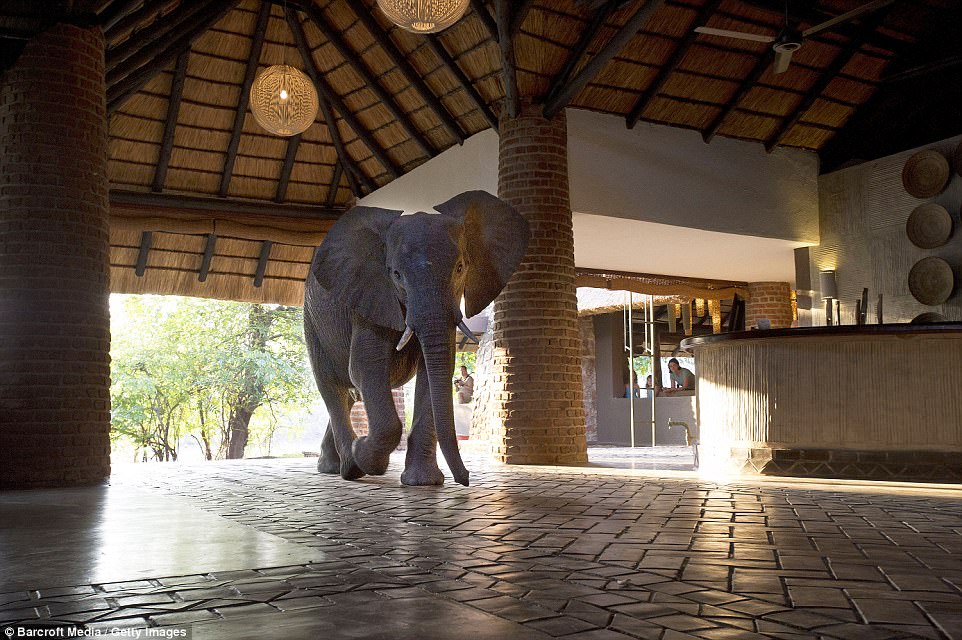 Autumn is the perfect time to go on safari with wildlife gathering around rivers and waterholes from May to November.

The land of the legendary African walking safari, Victoria Falls, the wild Zambezi River, abundant wildlife, and raw wilderness, Zambia is tipped as one of the top spots to visit.

About 30 per cent of the country’s 752,614 square kilometers is reserved for wildlife.

There are 20 national parks and 34 game management areas in the region with South Luangwa, Kafue and Lower Zambezi ranking among the finest game parks in the world. 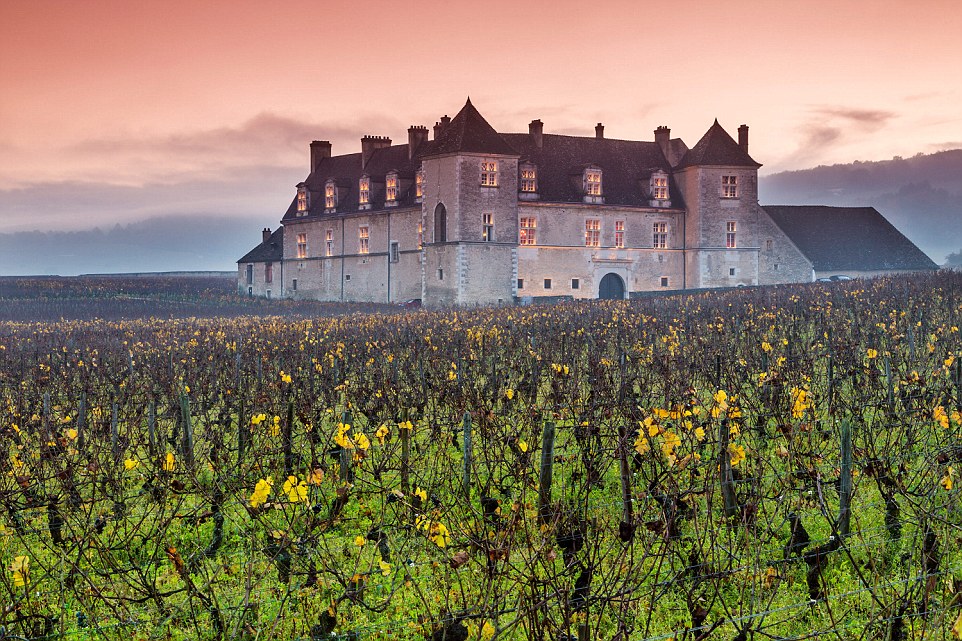 The Vougeot Castle sits in a colourful landscape beyond a vineyard in Burgundy, France

Autumn is tipped as one of the best times to visit France, with less crowds and cooler temperatures.

It is also wine season, with grape harvests taking place across the country.

Visit the charming city of Bordeaux which is brimming with culture and fine examples of classical architecture.

Over in the capital, celebrate a glass of the good stuff with the Fête des Vendanges Montmartre, which pays homage to the only working vineyard in Paris. 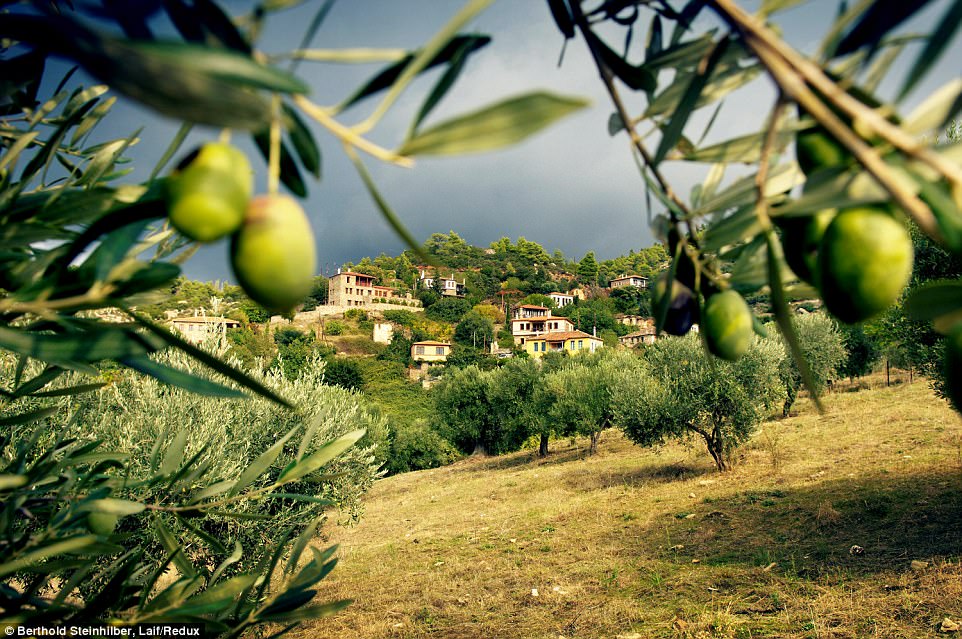 The mountain village of Parthenonas is seen through neighbouring olive trees, which are ready for harvest in the fall

Travel experts say that autumn is one of the best times to visit Greece, when the prices of lower, the temperatures have dropped and the tourist numbers have thinned.

The team at National Geographic Travel recommend hitting the 23rd annual International Film Festival, which begins in Athens on September 20 and runs to early October.

If you’re a history fan, visit the National Archaeological Museum, and wander through ancient ruins.

Or if you fancy a bit more activity, climb the limestone Mount Lycabettus and take a day-trip to Aegina by ferry – around 16 miles away – where you can take a dip in the Saronic Gulf from one of the island’s many picturesque beaches. 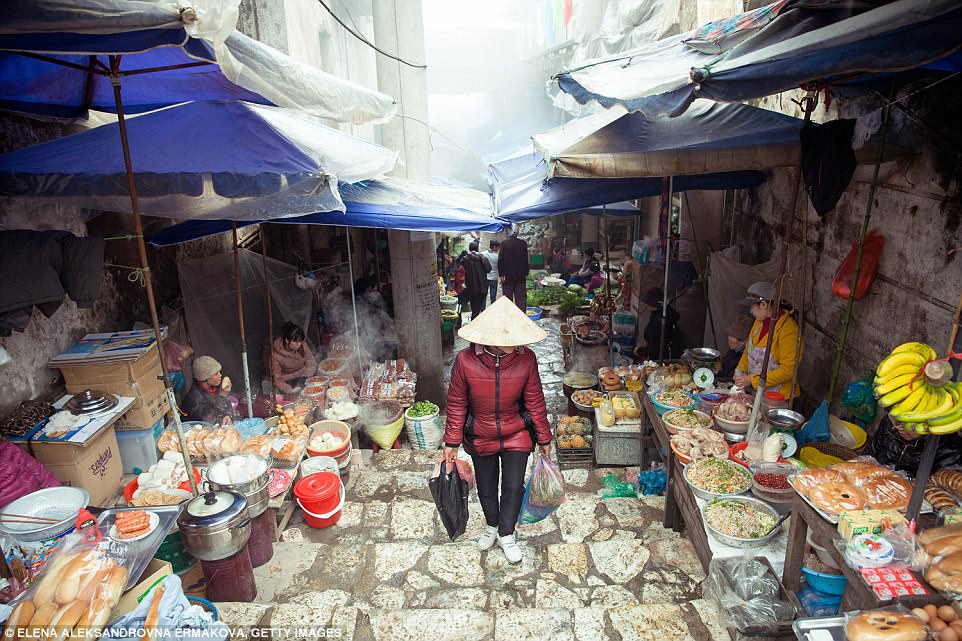 Travellers are advised to visit Vietnam in spring or autumn when the temperatures are cooler and there is less rainfall.

The colourful food markets in Hanoi serve up an array of treats, from steaming pho soups to tender chunks of grilled pork and strong shots of Vietnamese coffee.

In Hoi An, visitors are recommended to try che me den, a warm black sesame dessert, as well as the region’s famed cao lau soup. And in Ho Chi Minh City, stick your chopsticks into a bowl of hu tieu noodles, as well as crispy banh xeo crepes. 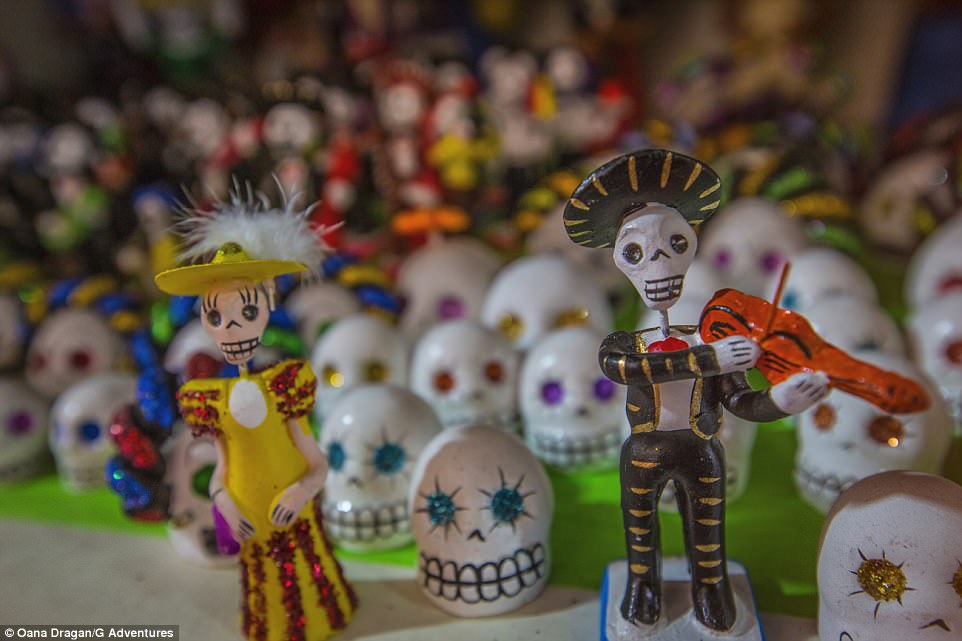 Day of the Dead souvenirs in Oaxaca, Mexico. The festival originated as an Aztec tradition in Mexico, celebrating the lives of the deceased through preparing sugar skulls, marigolds and their favourite food and drinks over three days

With good weather and festivals galore, an autumn break in Mexico promises to get you tapping your feet to the beat.

Late October is an interesting, albeit busy, time to explore the central city of Oaxaca as it gears up for Day of the Dead (Día de Muertos).

The festival originated as an Aztec tradition in Mexico, celebrating the lives of the deceased through preparing sugar skulls, marigolds and their favourite food and drinks over three days (October 31 – November 2).

Nowadays, the holiday has become a bustling extravaganza, with streets all over the country lively with colourful costumes.