Snow is already coming into Orchard Park, New York ahead of the Bills massive AFC East clash with the Dolphins on Saturday night.

Temperatures are expected to drop to 28 degrees Fahrenheit, with three to five inches of snow expected to hit the area.

And with a 90 percent chance of snow, it figures to be a wintry game in what is a significant game for both teams. 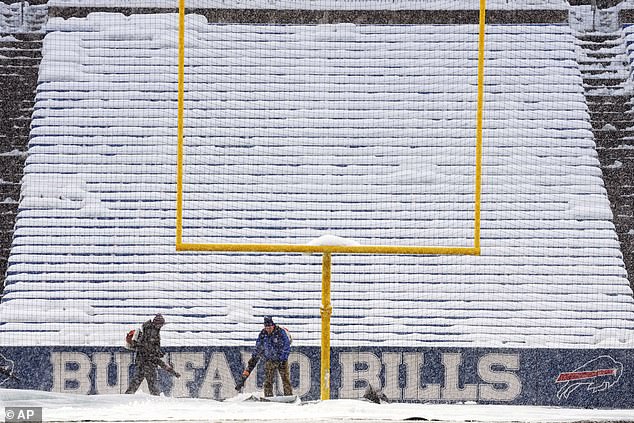 Three to five inches of snow are expected in Orchard, Park NY Saturday for the game

The Bills (10-3) can clinch a playoff spot and take firm control of the AFC East with a win, while the Dolphins (8-5) need a win to keep pace in the AFC postseason picture.

The Dolphins have lost their last two contests to the 49ers and Chargers and are currently the No. 6 seed in the AFC.

Miami coach Mike McDaniel donned a ‘I wish it were colder’ shirt in practice this week, while the team reportedly turned up their air conditioning at their practice facility as well. 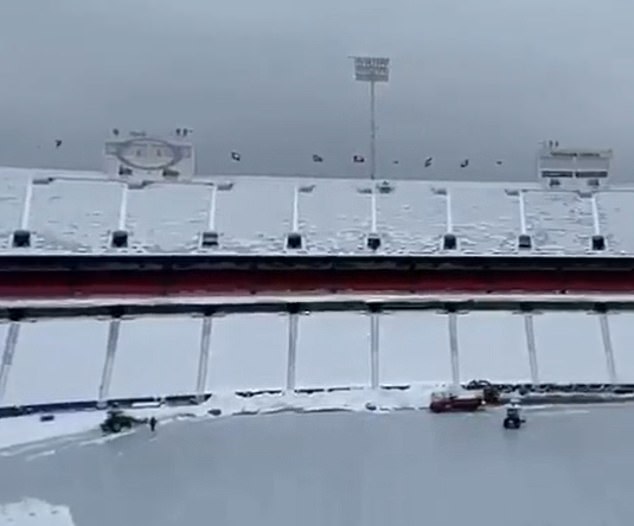 ‘Are you gonna let the elements matter more to you than them?,’ he posted to reporters this week.

‘It is the same field, the same elements so you just decide mentally how much you’re gonna let affect you.’

The Bills and Dolphins will kick off at 8:15 ET.