Millennials say playing ‘Secret Santa’ in the workplace gives them ‘anxiety issues’ because they fear being seen as ‘too stingy’, academic warns

Secret Santa causes ‘anxiety’ for snowflake millennials who fear being viewed as ‘stingy’ by their colleagues, a new report has found.

Dr Ashley Weinberg, a psychology lecturer at the University of Salford, said offices should have strict spending limits for the Christmas ritual.

Secret Santa sees gifts exchanged anonymously between colleagues after picking names out of a hat, which sees everyone receive one present.

A study commissioned by Jobsite said younger workers usually spend more than they can afford on presents for their colleagues, and many feel judged for their level of expenditure.

The report found that 26 per cent of young workers to dip into savings or their overdrafts to contribute to the present exchange, while the average millennial’s whip-round is 34 per cent more expensive.

Just under a quarter of employees aged 23 to 38 they felt angry at the person organising the whip-round for not considering their financial situation, while 17 per cent said they faced allegations of being called stingy.

Dr Weinberg said, according to The Telegraph: ‘If you’ve grown up in a world where social media is at your fingertips and those kinds of social judgements are being made fairly constantly, suddenly you’re even more aware of what others might be thinking. 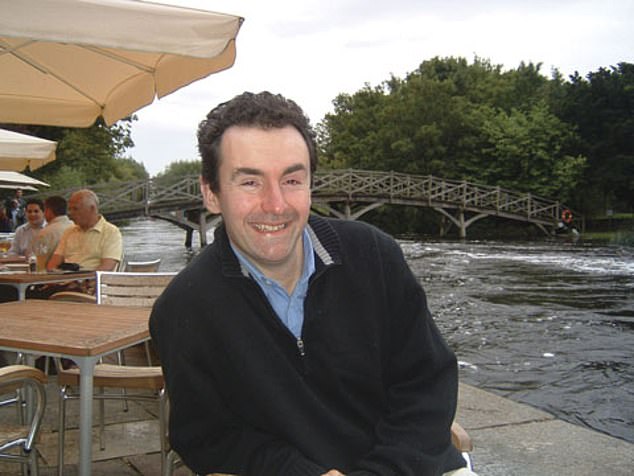 Dr Ashley Weinberg (pictured), a psychology lecturer at the University of Salford, said young people are sensitive to criticisms having grown up with social media

‘Naturally that’s going to spill over into all kinds of areas, particularly something that can be a social taboo when you think about maybe not giving, or maybe questioning why people are giving.

‘I think there can be a bit of that and naturally it does lead to anxiety for a lot of people.’

According to Dr Weinberg, the gift exchange has become an increasing source of anxiety for young people, who fear ‘humiliation’ if a present is not well received.

He said offices should prioritise well-being over presents during this year’s festivities.

As a result of the anxiety, one in five workers believe birthday and Secret Santa presents should not be celebrated at all in the workplace and 35 per cent of millennials would even like to see them banned.