Stage legend Christopher Biggins has slammed those who criticised panto for being too vulgar.

The 69-year-old’s blistering response comes after a Dick Whittington performance at the London Palladium had a sketch removed where a male actor looks up a female character’s skirt.

Managing Director of Qdos Pantomimes, who manage the show at the Palladium, cut the sketch after the allegations made against Harvey Weinstein.

Managing Director of Qdos Pantomimes, who manage the show at the Palladium, cut the sketch after the allegations made against Harvey Weinstein. He told the Daily Telegraph: ‘I have cut that. Last Christmas it was in nearly every panto in the land, including the Palladium, but this year it just feels wrong.

‘What I have not done and what I won’t do is change any jokes, as I don’t believe there is a link between sexual harassment and pantomime.

‘Nobody touches anybody in pantomime. And as far as somewhere like the Palladium goes, of course the show is full of innuendo because we are working with Julian Clary.’

Disgraced producer Harvey Weinstein has had accusations made against him by more than 50 women. 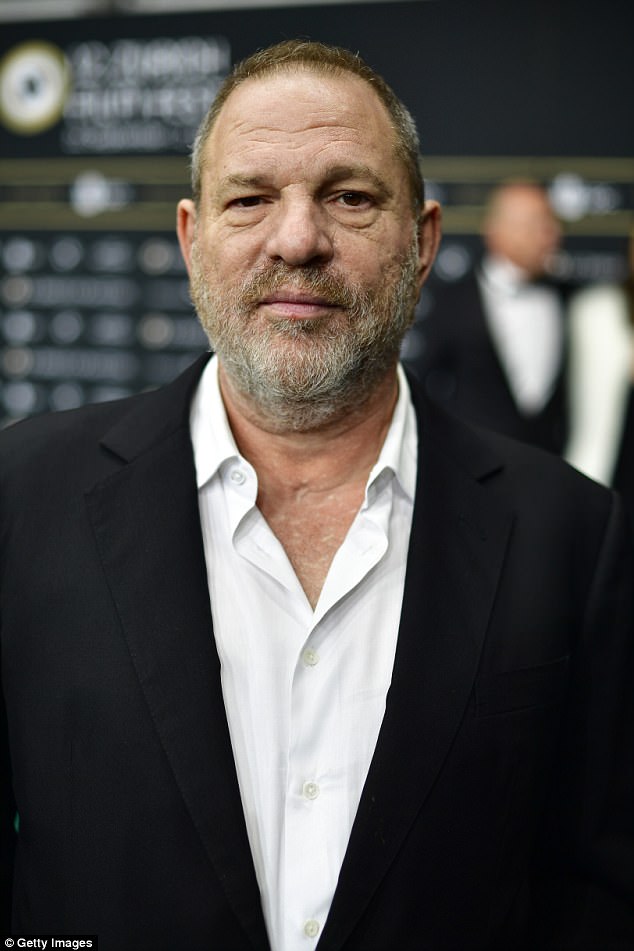 Chief Boyce of the New York Police Department said that the case of Paz de la Huerta, an actress who claims to been raped by Weinstein seven years ago, is moving forward

The New York Times reports that Chief Boyce of the New York Police Department said that the case of Paz de la Huerta, an actress who claims to been raped by Weinstein seven years ago, is moving forward.

‘We have an actual case going forward.

‘If this person was still in New York and it was recent we would go right away and make the arrest, no doubt. But we’re talking about a seven-year-old case. And we have to move forward gathering evidence.’

Weinstein is being investigated by Met Police for assaulting three women on different occasions in London.

In the wake of the allegations, House of Cards actor Kevin Spacey has been accused of sexually assaulting a 14-year-old boy.

Earlier this month, a mum called for a production of Dick Whittington at the Manchester Opera House to be cancelled because of its lewd content, with constant references to the name ‘Dick’.

Natalie Wood, from Oldham, paid for two young children and her fiance to go to the Dick Whittington production at the Manchester Opera House.

But she was horrified with the ‘disgusting content’ and ‘inappropriate behaviour’ from the characters, which she says go beyond the pail of normal panto sauciness. 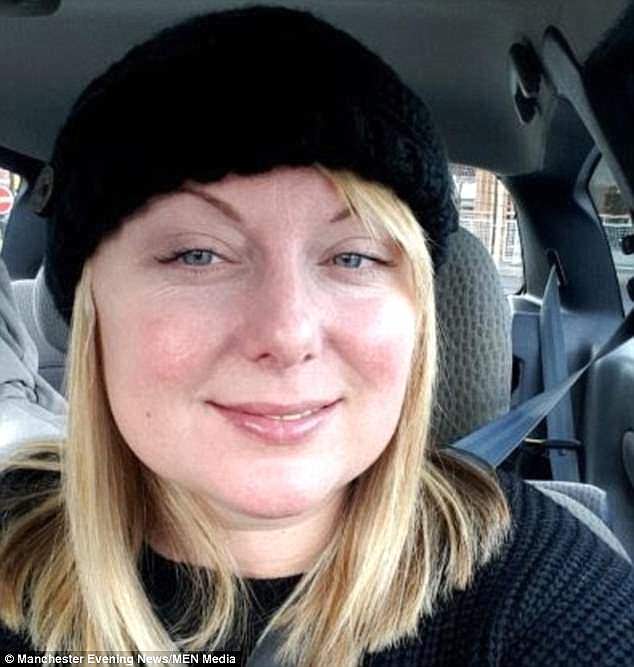 Biggins, who is taking part in the Richmond Theatre’s production of Aladdin in London, said: ‘The generation they refer to as snowflakes are in danger of killing panto at a time when pantomime has never been more popular. Pantos are sold out all over the country.

‘I think it is very, very sad that people deliberately go out to see a pantomime to look for things that offend them. Why don’t they stay at home?’ reported The Sun.

He went on to defend the Krankies, who were played by Ian and Janette Tough in the Dick Whittington production that Miss Wood complained about. ‘I’ve known the Krankies for 40 years. They have to me the essential quality that anyone has to have to be a pantomime star. To criticise them for what they did is appalling.’

‘It’s not a question of being vulgar or dirty. Panto is just good clean fun. Innuendo is fantastic and is wonderful and is joyous for parents and the children.

‘It is a very important thing in our country and if they start to ruin it and take things out then I think we are done for.’ 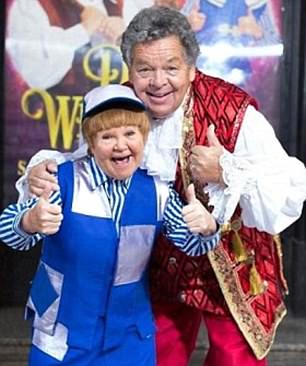 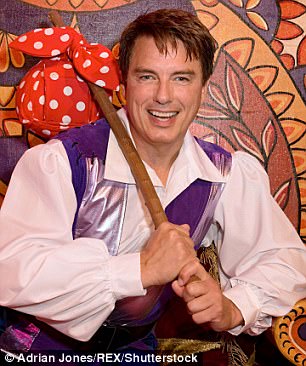 She added that she believed it was strange when Jimmy put his hand down his shorts, stuck his finger through the front and waved it around.

‘I have never been a pantomime where I felt so uncomfortable,’ said Natalie. ‘The whole show was very sexualised.

‘Barrowman sat Jimmy Krankie on his knee and started fondling her breasts. He then takes his hands off and she puts them back on again as if to say ‘I was enjoying that’.

‘We thought that was wrong being a female but the fact it was supposed to be a schoolboy, it was just a step too far.’

Natalie, a swimming instructor, bought the tickets as a treat for her fiance Robert Titherington, son Ellis, 11, and stepdaughter Amy, 12.

In her email to them, she said: ‘Our family is disgusted with this production.

‘It has ruined our annual Christmas panto outing and left us feeling uncomfortable and concerned about what the children were exposed to.

‘We are far from prudes, but there has to be boundaries where children are concerned.’

The jokes that were considered to be ‘disgusting content’

A production of Dick Whittington at the Manchester Opera House was blasted for being too vulgar by a mum, who found these jokes offensive: