So You Think You Can Dance competitor Serge Onik has died at 33.

News of the dancer/choreographer’s death emerged on Tuesday, but a cause of death has yet to be revealed.

Onik was best known for competing on season 11 of the Fox competition in 2014, where he placed in the top 14 before being eliminated in the fourth round.

RIP: So You Think You Can Dance alum Serge Onik has died at 33 years old. He’s seen in 2015 above

Onik was born in Ukraine and moved to the United States with his family at the age of three.

He also assisted pros like Maksim Chmerkovskiy with choreography on Dancing With the Stars in addition to aiding the U.S. Olympic figure skating team with their routines and training.

His more recent credit is from the Jon M. Chu-directed film In the Heights, which was released in June.

Talking about his role online, he wrote: ‘I mean it’s for literally 2 seconds but I’ve never been more honored to be part of a project.’

When not on screen, Onik taught classes at the Broadway Dance Center in New York City. 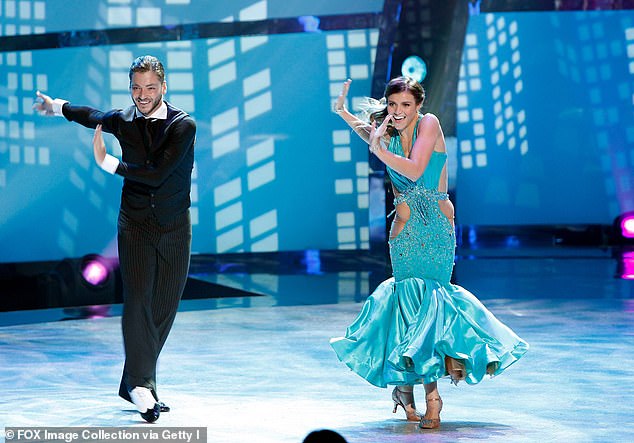 Kicking it up: Onik was best known for competing on season 11 of the Fox competition in 2014, where he placed in the top 14 before being eliminated in the fourth round

‘He was an amazing dancer with a huge heart and he touched the lives of everyone who met him,’ Keith said in a statement.

‘He will be truly missed. This is a sad day for us at the agency and for the dance community as a whole.’

Kristyn Burtt, a TV host who has worked on World of Dance and other shows, commented on Onik’s loss with Entertainment Tonight.

‘Serge Onik was not only beloved for his talents on season 11 of So You Think You Can Dance, but he was also a great friend who always showed up with a warm smile and a big hug. The dance industry lost such a bright light,’ she said.

‘RIP @sergeonik. We going to miss you ��,’ ballroom dancer Elena Grinenko wrote. ‘I’m so sad that [the] world lost such an amazing person like you.’

Fellow pro Anna Trebunskaya said: ‘I’m so so sad about this. RIP Serg.

‘This will hurt for forever. rest in peace angel. I am lucky to have lived on this planet at the same time as you ❤️,’ she captioned the post.