For actor John Partridge, just one word sums up his discovery that he had testicular cancer: denial. For many years the former EastEnders star chose to tell no one what had happened

For actor John Partridge, just one word sums up his discovery that he had testicular cancer: denial.

His sudden diagnosis required surgery – which left him with more than 100 stitches and a large scar. Yet for many years the former EastEnders star chose to tell no one what had happened.

‘I ignored it,’ he says now. ‘My way of dealing with it was simply not to deal with it at all. I didn’t even tell my mum, who died last year without ever knowing. I feel terrible about that now.’

Her death did, however, force him finally to confront what had happened, an emotional process that will culminate this week with the actor – who played Christian Clarke, one half of the soap’s first civil partnership – baring all in front of a live audience alongside other male celebrities in the return of ITV show The Real Full Monty.

The programme, inspired by the hilarious striptease sequence in the 1997 movie classic, aims to raise awareness of male cancers.

It will be a particularly exposing moment for Partridge, 46, who still bears his vivid scar.

Problems began for the classically trained ballet dancer when, in the summer of 2004, a hernia on the left side of his groin led to further swelling in the area. ‘I thought nothing of it – as a dancer I’d had a few hernias in my career,’ he says.

Partridge, then 32, was working in Germany, where he had surgery in a Berlin hospital during which a gauze was fitted to repair the tearing created by the hernia – which happens when a weakness in the abdominal muscles allows underlying organs to poke through.

But Partridge then felt tightness and pain in the groin area.

Back at hospital, an MRI scan revealed that not only had the testicle passed through the gauze repairing the hernia and become trapped, but that behind it was a tumour the size of a large orange.

The shocking diagnosis was something he was utterly unprepared for. He recalls: ‘It was a case of “You have a cancerous tumour and it needs to be operated on now.”

‘I had gone into hospital for a simple scan and four hours later I was in a gown being wheeled into theatre. It was very frightening.’ 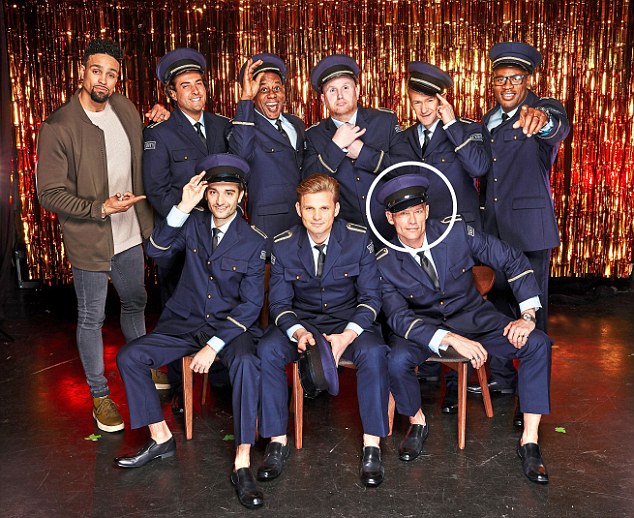 ‘I ignored it,’ he says now. ‘My way of dealing with it was simply not to deal with it at all. I didn’t even tell my mum, who died last year without ever knowing. I feel terrible about that now’.

The surgery to remove tumour and testicle was complicated by the hernia and required 101 stitches. But the cancer was gone and Partridge did not require chemotherapy. He had reconstructive surgery in which a prosthetic testicle made of a rubber-like substance is placed in the scrotum.

Testicular cancer has good recovery rates: if it has not spread beyond the testicles, the survival rate is 99 per cent. Yet Partridge admits he remained ‘petrified’.

‘There hadn’t been any time to process it mentally,’ he recalls. ‘I became really frightened of cancer: has it all gone, is it coming back? I started asking myself questions about how I got it – was it to do with my being gay? Complete nonsense, of course, but it shows my mindset at the time.’ His anxiety was heightened when in February 2005, less than six months after the initial surgery, he had a swollen lymph node removed as a precautionary measure.

‘I found it easier to pretend it had never happened,’ says Partridge. 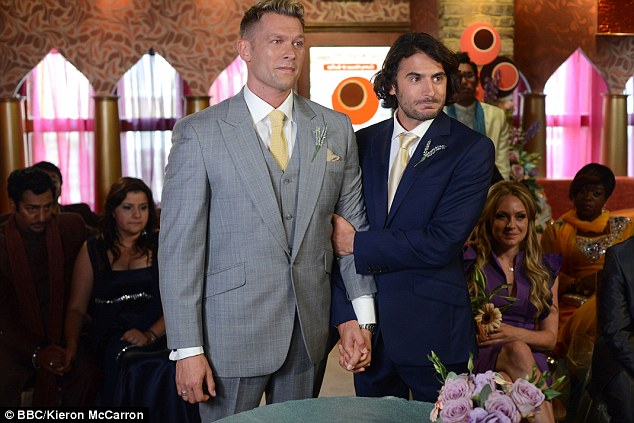 His career blossomed when in 2008 he joined the EastEnders cast as the soap’s first openly gay character, and it was only after the loss of his mother last April following a long battle with Alzheimer’s that he took stock of his experience

His career blossomed when in 2008 he joined the EastEnders cast as the soap’s first openly gay character, and it was only after the loss of his mother last April following a long battle with Alzheimer’s that he took stock of his experience.

Will rubbing your eyes give you wrinkles?

Dr Anjali Mahto, consultant dermatologist at The Cadogan clinic, says: ‘The motion of rubbing alone will not cause wrinkles. The skin around your eye – the orbital skin – is very sensitive and thin, so prone to irritation and inflammation. Harsh cosmetic products applied to the area can cause rashes, dermatitis or dry patches.

‘This doesn’t increase the number of creases around the eye, but inflamed skin makes wrinkles more visible.’

‘Seeing her go through that forced me to make some positive changes,’ he says. ‘In some ways that was my mum’s final gift to me.’

He gave up alcohol and began to talk more openly about the aftermath of his diagnosis with friends and family. When he was approached to take part in The Real Full Monty, he realised he had an opportunity to turn his experience into something positive. It has proved emotional, especially sharing his story with fellow celebrities, among them former footballer John Hartson, who survived stage 4 cancer that spread to his brain.

‘On the surface people think it’s a bit of fun: a group of lads doing a dance routine and taking their clothes off – and it is. But what we’re doing is really important. It’s getting people to pay attention.’

They most certainly will – especially since the celebrities will do a full strip, removing the hat they use to cover their modesty at the last moment. ‘I have hidden my scar for a long time,’ says Partridge. ‘But I think when I throw that hat off it will be symbolic for me – I am throwing off the past.’

The Real Full Monty: Live is on Wednesday at 9pm on ITV

Eat Smart on the go: CHEESE

Cheese is high in saturated fat – important for sex hormone production and Vitamin D absorption. Low-fat, processed cheese is less dense in essential fatty acids and bone-friendly Vitamins A, D, E and K. Low-fat options also tend to be higher in salt to make up for flavour lost by lack of fat.