Soaring premiums of up to £1,500 mean it now costs more to insure your PET than yourself

Pets are viewed as part of the family nowadays. But would you spend more on your dog’s health than on your own?

That is the conundrum facing many owners as, after years of spiralling costs, some breeds are more expensive to insure than humans.

Soaring vet bills have risen at twice the rate of inflation in the past five years — pushing up the cost of insurance.

Rising premiums: Soaring vet bills mean insurance costs for pet dogs have increased at twice the rate of inflation in the past five years

This is largely because, as the Mail revealed yesterday, more than half of vet practices in the UK are controlled by just six companies — three of which are private equity-owned.

There are fears private equity firms will try to squeeze more money out of owners. Already the price of vet and other pet services has rocketed by 17 per cent from 2015 to 2020.

The average cost of an MRI scan for a dog or cat, for instance, has risen to £2,500 — far more than the £440 average cost of a human scan. So it’s no surprise that insurance companies are demanding bigger fees.

A family with a French bulldog over the age of five pays an average of £1,447 a year for pet insurance, according to the comparison site Money Supermarket.

For younger customers the difference is even more stark, as a health insurance policy for a typical 30-year-old is about £832 — up to £600 cheaper. 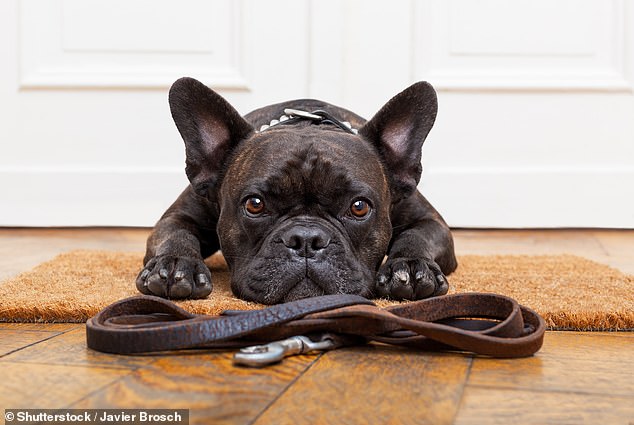 Pricey pooch: A family with a French Bulldog over the age of five pays an average of £1,447 for pet insurance

Pets are fast becoming unaffordable for many families — and owners complain that, even with insurance, costly exclusions can mean they still end up footing the bill for vet care.

‘The problem isn’t only that pet insurance is expensive but that often policies aren’t very comprehensive,’ says James Daley, of the campaigning body Fairer Finance.

‘When somebody buys insurance, they are effectively buying peace of mind. This often isn’t the case with pet insurance, as we are always hearing owners complain that they weren’t covered for certain medical bills.’

The costs have become so high that four owners in ten say they avoid taking their pets to the vet because of anxiety about the expense, according to a YouGov poll by Joii Pet Care.

The industry is being exploited by private equity firms and insiders agree that it is lacking innovation.

They warn that, without action, Britain faces an animal welfare calamity.

But how did we get to this point?

Rosie needs no treatment but costs me £500 a year

Sandra McEwan, 67, has never made a claim on her pet insurance policy — yet the cost of it has skyrocketed by more than £200 in two years.

Her dog Rosie, a seven-year-old cross between a shih tzu and a miniature poodle, is in good health and has only ever been diagnosed with a slightly lame knee. While that minor problem is on her record, she received no medical treatment for the knee and was not given an X-ray.

Despite this, John Lewis pet insurance increased Sandra’s premium by £80 last year. This week she was sent a letter telling her the insurance was increasing again, by £130. 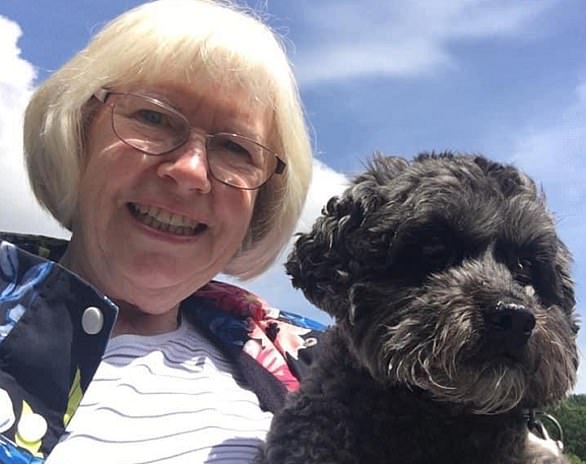 Ever-rising premiums: Sandra McEwan with Rosie – a seven-year-old cross between a shih tzu and a miniature poodle

Sandra, from Preston in Lancashire, is now paying £477.47 a year for the insurance. She says: ‘I feel stuck. No other insurer will take Rosie now because of her knee condition, even though she doesn’t require any treatment or support for it.

‘So it means I’m forced to pay this huge premium, even though I probably won’t need it.

‘It’s especially frustrating because all the vets have been closed during the pandemic.’

Sandra has been left wondering whether almost £500 a year is good value for money.

‘All I ever hear is that the cost of vet bills is going up — but how can that be when they haven’t been seeing anyone?

‘Rosie is only a small dog and is likely to live until she’s about 15. Now I’m just worried about how much I’m going to have to pay for her as she keeps getting older.’

Locked away from the rest of the world, many Britons turned to pets for company during the pandemic.

Between March 2020 and March this year, 3.2 million UK households took in an animal. This pushed the number of pet-owning homes up to 17 million across the country, according to research from the Pet Food Manufacturers’ Association.

But the boom in demand has sparked concern over whether households really can afford their pets.

The Association of British Insurers (ABI) found that pet insurers processed claims worth £799 million in 2020 — the equivalent of £2.2 million every day.

That is almost double the annual amount paid out a decade ago. And the average claim per pet is now £817.

The problem is complicated by the fact that owners are treating animals more and more like members of their family.

Costly procedures such as hydrotherapy and acupuncture are now available for domestic animals, contributing to soaring costs.

Paul Hallett, who founded Vet-AI and Joii Pet Care, which offers low-cost online consultations to struggling pet owners, says: ‘There has definitely been a cultural shift in the past few decades.

‘People treat their pets more like their children, meaning they have a keener awareness of their health – and that requires more expertise and expensive care from vets.’

There has also been a rise in poorly bred ‘designer dogs’ which are often born with serious health problems and place pressure on an already overloaded industry.

Paul says: ‘Pet owners can access free care from charities such as the PDSA and RSPCA but they are already overstretched. If something doesn’t change, Britain will be on the brink of an animal welfare crisis.’

Animal charity the PDSA reported an 81 per cent rise in calls to its Pet Hospitals in 2020 from owners who are financially eligible for its support.

Similarly, the RSPCA said it was concerned that new pet owners had not contemplated the full cost of a pet.

An RSPCA spokeswoman says: ‘Vet care has advanced substantially over the past few years and now pets can benefit from the type of advanced surgeries and testing — such as MRI scans, bone plating and blood testing — that we are more used to seeing in human hospitals.

‘We urge anyone considering getting a pet to do their research and make sure they can give them the time, money and care they need for the rest of their life.

‘As the impact of the pandemic puts a strain on people’s finances and as many people start to return to work or some kind of normality, the fear is that we will see a surge in abandoned and neglected animals coming into our care.’ 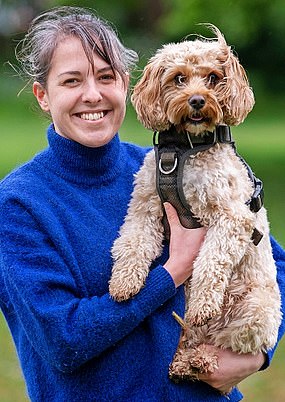 Elizabeth Dexter-Bond was paying more for pet insurance than for her car and home insurance combined.

Her dog, a cavapoo called Mr Darcy, is only three and is generally healthy.

Elizabeth, 34, was happy to foot the bill until Mr Darcy had a few health problems – for which her insurer refused to pay out.

The small pup suffered from a swimmer’s ear and a sensitive stomach, both of which required medication costing up to £150.

After her insurer refused to pay out, she eventually cut ties with the firm. She says: ‘I’m usually very savvy with insurance. I shop around and I do my research.

‘So I actually feel quite annoyed that this could happen to me.

‘I realised that I might as well have been putting £77 a month into a savings account over the years, that I could have just dipped into whenever I went to the vet.’

By comparison, Elizabeth, a project manager from Barnes, southwest London, pays £420 a year for car cover and £400 for home insurance.

She also has health insurance which is paid for by her employer.

Loopholes that can cost us dear

Even those who pay hundreds of pounds a year for insurance are not guaranteed that they won’t be hit with a big vet bill when their pet falls ill.

And frustrated customers routinely complain they have been denied a payout because of policy loopholes or small print.

Many owners opt for yearly plans, much in the same way as they buy annual car or house insurance policies.

But conditions such as diabetes and epilepsy usually affect an animal for much longer than a year.

This can mean customers are then forced to declare a pre-existing condition when they renew their policy after 12 months — and many insurers will refuse to cover further treatment for that condition as a result, or hike the cost substantially.

This is why most experts recommend investing in a lifetime insurance policy, which means that as long as you remain with the same provider, you will not lose your cover should you need to claim.

However, even lifetime policies can come with costly small print.

Some include a ‘total price per condition’. Once you have hit the limit of that, you will have to pay for any further treatment for your pet yourself.

Policies can also exclude many routine treatments such as vaccinations, spaying, neutering and pregnancy-related issues. And you typically have to pay extra for dental cover, too.

Caps on how much insurers will pay for vet fees can also mean you may not be covered for out-of-hour services, if your pet needs urgent treatment when the veterinary surgery is closed. And because most insurers will not take on animals with pre-existing conditions, as soon as you do make a claim, you may find you are trapped.

With car or house insurance, we frequently shop around for cheaper deals. But pet owners are routinely forced to accept higher renewal premiums year after year. 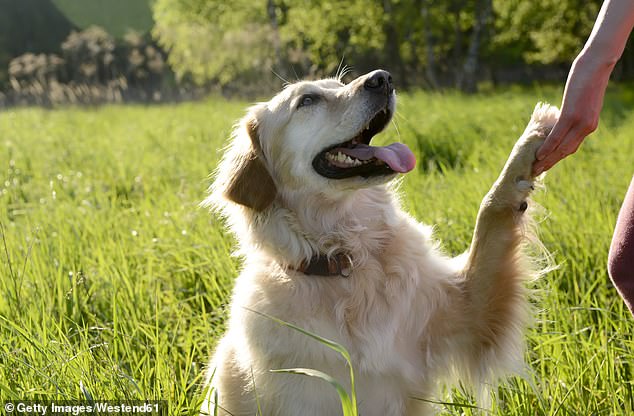 Paws for thought: Even those who pay hundreds of pounds a year for cover are still not guaranteed they won’t be hit with a big vet bill when their pet falls ill

Veterinary care is being eaten up by private equity firms.

One such firm, Inflexion, described its hundreds of practices as ‘cash-generating units’ in its company accounts.

Meanwhile, another private equity firm, IVC, has snapped up hundreds of small and independent vets and imposes tough financial targets.

IVC also owns online pharmacies where drugs can be bought at a fraction of the price offered in its veterinary practices.

Many of these companies have even started opening up their own pet insurers, crematoriums and specialist clinics.

This means the playing field is far from level among vets and there is little room for innovation.

Among those trying to shake up the market is Paul Hallett, who is running the pet equivalent of the NHS 111 service. Through his businesses Vet-AI and Joii Pet Care, struggling pet owners can seek advice from vets online.

But he has found himself held back by frustrating red tape, as laws currently restrict vets from prescribing medicines online.

Paul says: ‘We need to rethink how we consider veterinary services. We have seen that online consultations are wildly effective at diagnosing conditions.

‘The issue is not with the vets — they are incredibly hard workers who have been right on the front line working throughout this pandemic.

‘Vets are also four times more likely to commit suicide than people in any other profession.

‘This isn’t about them. It’s about the big businesses at the top.’