Socceroos name the WRONG team to face Tunisia in the World Cup as social media blunder sees injured Nathaniel Atkinson included in the side: ‘That’s NOT the team lads’

There was embarrassment for Australia’s social media team after they announced the wrong line-up to face Tunisia in the World Cup.

Graham Arnold’s side face their African rivals in a mammoth Group D clash with a victory desperately needed after the Socceroos were smashed 4-1 by reigning champions France on Tuesday.

The Australia boss has been mulling over his tactics and team selection, with the Socceroos needing to contend with Tunisia’s physicality when they meet at Al-Janoub stadium. 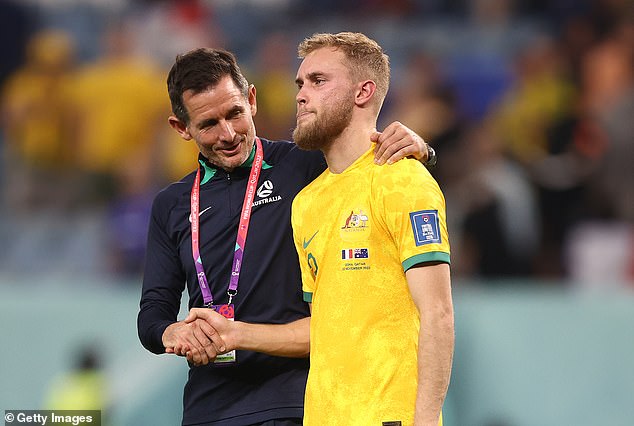 He is without defender Nathaniel Atkinson after the full back picked up an injury having been run ragged by Kylian Mbappe earlier this week.

However, the social media team didn’t get the message as Atkinson was listed in the starting line-up for Saturday’s game.

Fans were quick to remind the admin that the full back was injured and the tweet was swiftly deleted and re-uploaded with Fran Karacic named instead.

‘This is wrong… Atkinson supposedly not playing,’ one fan said. 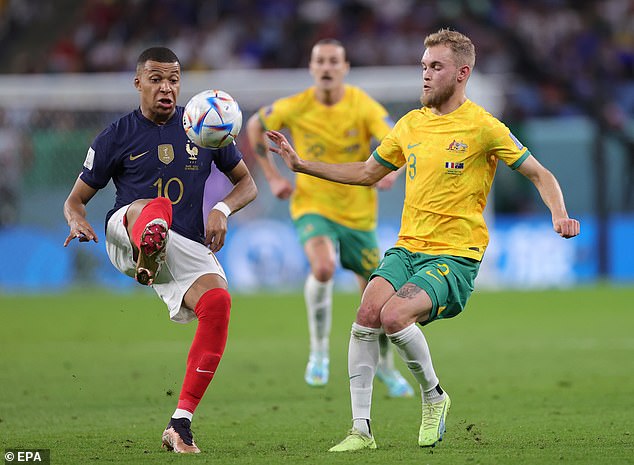 A third said: ‘Isn’t this the exact same side we fielded against France?’

It is not the first time the Socceroos social media account has made an error this World Cup, having put the incorrect half time scoreline in their tweet during the France game.

Their graphic put the Socceroos 2-1 up, when in fact the reigning world champions were in front at the break.

Atkinson cut a dejected figure after his poor game against France, and gave a brutal self-assessment of his performance.

‘It’s an eye-opener,’ Atkinson – who Daily Mail Australia gave a player rating of 3/10 – told reporters after being torched by the flashy Frenchman.