The stark reality of Australia’s World Cup smashing at the hands of France has already become apparent, with the Socceroos tumbling from 22nd to 29th in the latest FIFA world rankings.

The players will have little time to kick stones, though, with a tough assignment against African nation Tunisia tonight [AEDT].

The Socceroos were one of the biggest losers of the World Cup after the latest round of rankings were released by FIFA.

Two other Asian nations emerged as the biggest winners, with Saudi Arabia marching up 13 ranking places to 14th after humbling Argentina, while Japan’s huge win over Germany has the Blue Samurai rising from 21st in the world to 12th.

There was no such luck for Australia after being pumped 4-1 by defending champions France and 22nd ranked Tunisia promise to show them no mercy tonight in a match that promises to be rough and physical.

‘The Tunisians like a physical game and we have got to match that physical aspect.’ 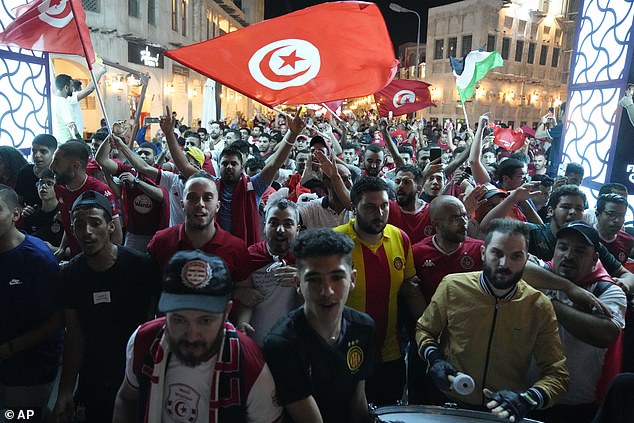 Fans gather to support Tunisia on the eve of a World Cup soccer match against Australia in Doha, Qatar 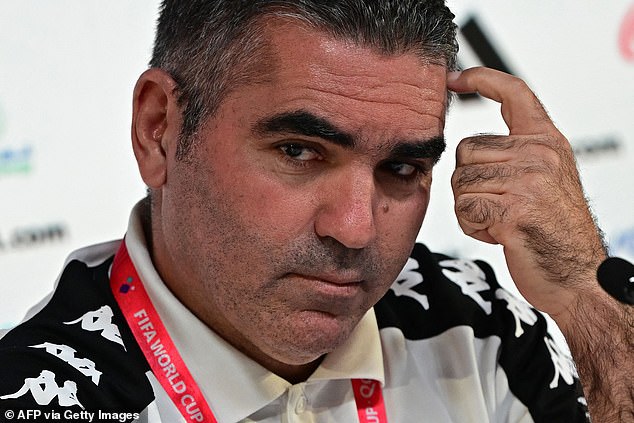 Tunisian coach Jalel Kadri has identified the Socceroos’ athleticism as their greatest strength and has vowed to fight fire with fire tonight.

‘These are the specificities of the Australian team, it has a high level of athletic performance,’ Kadri said.

‘They have players who are able to run very rapidly, who can ensure a good exploitation of opportunities.

‘Nevertheless they have some weaknesses which we will be able to invest in.’

‘And we have players who are ready to face this challenge.’

There will be at least one change to the Socceroos’ starting XI, with Nathaniel Atkinson out due to an ankle injury, being replaced by Fran Karačić.

The Australians must win or draw against Tunisia to retain their chance of advancing from their tough World Cup group that also includes Denmark. 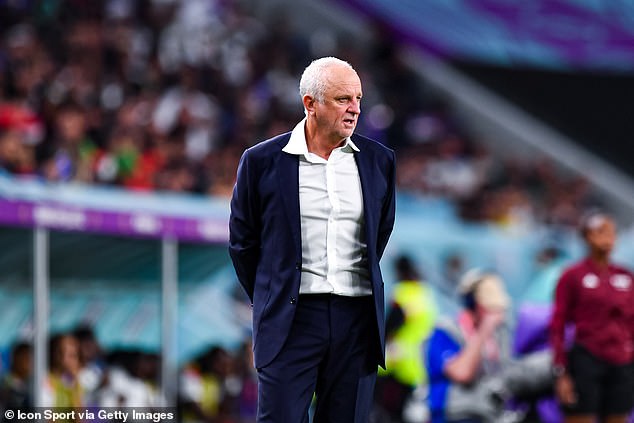 The Socceroos may also recall midfielder Ajdin Hrustic, who has been sidelined since October 3 due to an ankle injury sustained in Italian club ranks.

‘I don’t think there will be too many changes, we have got to put our strongest line-up out.’ 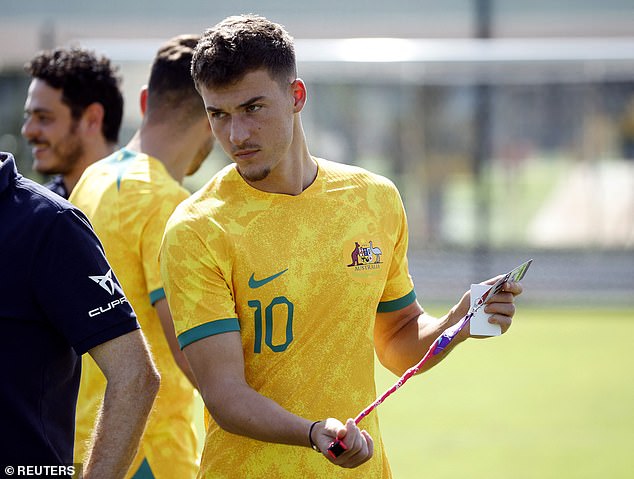 Meanwhile defender Aziz Behich said the squad had been encouraged by vision of supporters back home cheering Craig Goodwin’s goal against France and were using that hometown support as motivation.

‘We all saw the footage after Goody scored and it gives us goosebumps that you do that to the nation back home,’ Behich said.

‘It [the Tunisia game] is a perfect time for everyone back home.

‘We’re going to go out there all guns blazing. 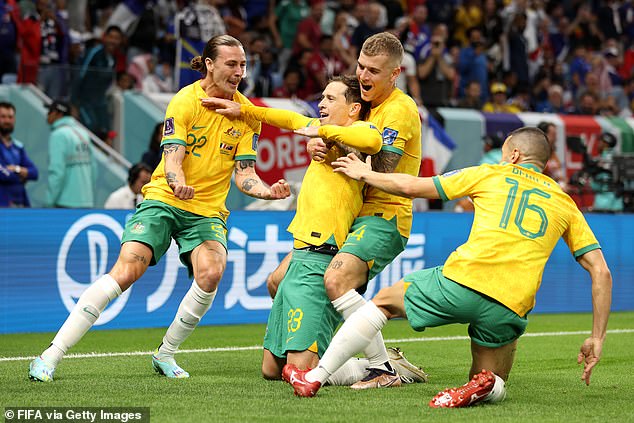 ‘And when that final whistle goes, we want to see more footage of everyone at Fed Square going crazy again.

‘We know what is ahead of us … it’s going to be a fight and we have got to match that fight and then play our football.