Social commentator Toby Young talks to ME & MY MONEY

Tipple: Toby Young will spend £50 on a bottle of wine

Social commentator Toby Young says one of the first things he’d do if he were Chancellor of the Exchequer is scrap the BBC licence fee.

No one who owns a television set, he believes, should be forced to hand over £159 a year to one particular broadcaster.

He likens it to Hovis demanding a fee for those who use a toaster.

To have a taste for luxury and overindulging. My parents were both frugal and my father, Michael Young, was a workaholic. He ran a left-of-centre think tank called the Institute of Community Studies, which came up with ideas for organisations and then helped to set them up.

The Open University was his idea. He had close links with the Labour Party – he wrote the 1945 Labour manifesto. Later, he became a life peer, Lord Young of Dartington.

When I was growing up, he would leave for the office at 8 and return home at 8 – and work at the evenings and weekends too. So he was a hard worker and he had modest tastes. For almost all his life, he would have a can of Heinz tomato soup for lunch. Often, supper would be cheese on toast and another can of soup.

My mother, Sasha Moorsom, was a novelist and a journalist, and she also worked for my father as a project manager. She was careful with money – she didn’t like luxury or extravagance.

Partly in reaction to all that, I have expensive tastes. For example, I’m willing to spend £50 on a really good bottle of wine whereas my parents thought that if you spent more than £5 on a bottle of wine, you were throwing money away.

Was money tight when you were growing up?

No, I’d say I had a solidly middle-class upbringing. I didn’t go to a private school, but we lived in quite a nice house in Highgate, North London.

My parents also had a farmhouse in the south of France, which we used to go to in the summer. We weren’t rich but I’d say we led a comfortable middle-class existence.

Yes – in 1997, after I got fired from the magazine Vanity Fair. I’d gone to New York to take up that job and after I was sacked I had to scratch a living as a freelance writer.

I had quite a nice apartment in the West Village, as well as mortgage payments to make on my London flat. At one point, my friend who was renting my flat got behind with the rent. That was a bit of a struggle.

But the worst period of my life, financially, was when I was 17. I went to Israel and Egypt with a friend and ended up in Egypt by myself without any cash – having to sleep on the floor of a corridor in a downmarket hotel.

At one point, I had to steal food by pretending I was staying at a hotel which had an all-you-can-eat buffet. Then I got impetigo, a nasty skin infection, and dysentery. For a while, I thought I might die a homeless person on the streets of Cairo. 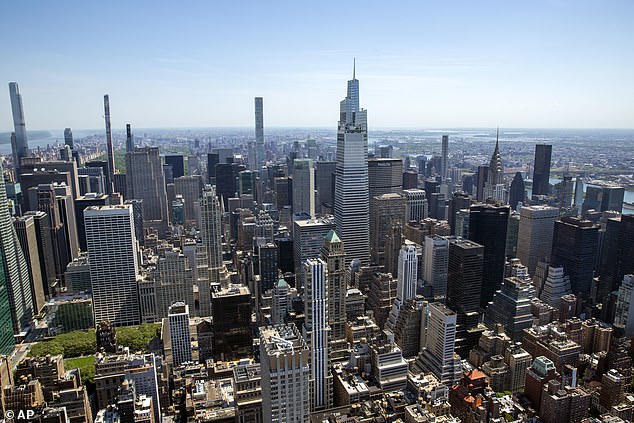 Big Apple: Young once rented an apartment in New York’s West Village – but after losing his job at Vanity Fair magazine he struggled to make ends meet

I didn’t have enough money for a plane ticket home so I went to the British embassy and asked if they could deport me.

They said they could, but advised against it because it would show in my passport and make it difficult for me to travel to other places. Eventually, this very nice Christian took pity on me and gave me the money to buy an airline ticket and fly home.

Have you ever been paid silly money for a job?

Procter & Gamble once paid me £2,500 to write some advertising copy for its shampoo Head & Shoulders. I think that was the most I’ve ever earned for half an hour’s work. Ironic, considering I’ve been bald for 35 years.

What was the best financial year of your life?

It was 2006 when Channel 4 bought the movie rights to my book How To Lose Friends And Alienate People. I earned a decent six-figure sum – enough to move from a three-bedroom to a five bedroom house a year later.

The most expensive thing you have bought for fun?

It was a Skoda Octavia RS. I think it cost about £17,000. I can’t say it was just for fun, but it was certainly fun to drive. When we had a second child I traded it in for a Vauxhall Zafira. That was a lot less fun to drive. 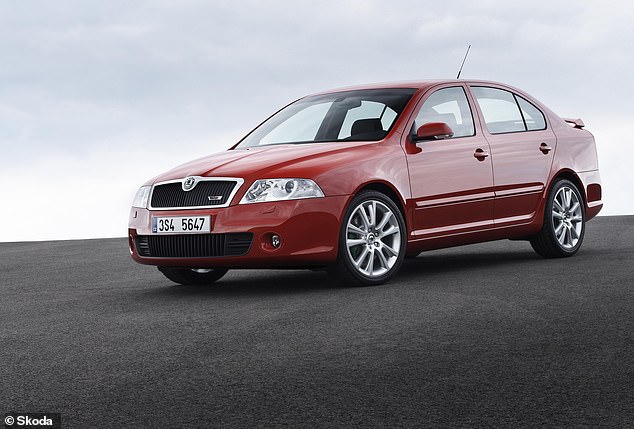 Fun to drive: Toby Young once splashed out £17,000 on a Skoda Octavia RS – but he had to trade it in when his second child came along

What was your best money decision?

Do you save in a pension or invest in shares?

Yes. I didn’t have a pension until 2014 when I became the chief executive of an educational trust and my employer started paying into the Local Government Pension Scheme. I’m now self-employed and pay into my pension regularly.

I also have a small amount of money invested in the stock market here and in the US. I tend to go for medium to high risk stocks.

MY wife and I own a semidetached Victorian house in Acton, West London. We bought it in 2007. I’d rather not say how much it’s worth, but I’m sure it’s risen in value since then.

It’s got five bedrooms and we’ve got four kids, so it’s large enough for each of them to have their own room, which is just as well because they’re all teenagers. I’ve built an office at the end of the garden, which is where I work.

I’d kick Boris out of the flat above No 11 Downing Street and move in myself. Although, I’d have to redecorate. Carrie has made it look like the inside of Donatella Versace’s knicker drawer.

Then I’d scrap the BBC licence fee. I don’t think that anyone who owns a television set should be forced to hand over £159 a year to one particular broadcaster. I think it should be my choice whether I pay to watch that provider.

Do you donate to charity?

Yes, I do. I co-founded four free schools between 2011 and 2016 and they sit within a charity that I helped set up.

I also assisted in establishing a separate charity that supports extra-curricular activities for the schools and I fund raise for that charity and donate to it regularly.

What’s your number one financial priority?

I’ve spent the best part of my career working as a freelance journalist and I haven’t saved much money. What I’d like to do is make enough before I retire to get my kids on the property ladder and for my wife and I to live comfortably until the end of our days.