Social distancing DID work: Every 10% reduction in mobility was linked to a 17.5% reduction in new coronavirus cases, cell phone data show

And less time outside the home resulted in fewer COVID cases with about 10 percent less movement in one week equaling 18 percent fewer infections two weeks later.

The team, from Boston University and Google, says the findings show how pandemic restrictions can reduce disease spread, helping public health experts evaluate what role this strategy may play in future outbreaks. 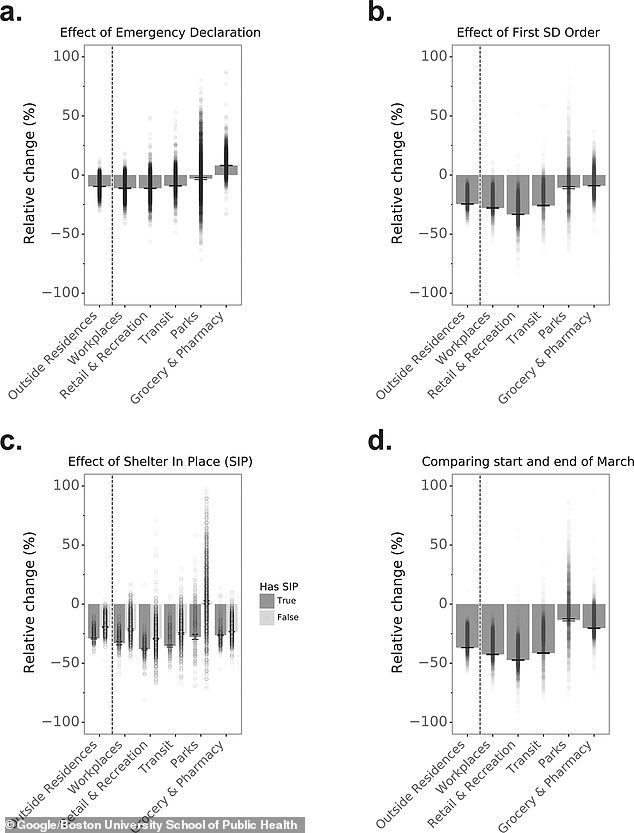 When COVID hit the U.S. in spring 2020, stay-at-home orders were one of the first – and the harshest – strategies used to stop the spread.

At the time, public health leaders said these measures were necessary in order to ‘flatten the curve’ of potential infections.

When people stayed home – and avoided the coronavirus – they would reduce the overall number of sick people, making it possible for hospitals to treat everyone who needed care without getting overloaded.

‘We all need to pitch in to try to prevent cases both within ourselves and in our communities,’ said medical historian Dr Howard Markel back in March 2020.

These spring lockdowns put millions of Americans out of work, tanked the economy, and worsened other health crises – leading many to ask whether the restrictions were worthwhile.

A new study shows that these measures did, in fact, slow the spread of COVID-19.

Published on Tuesday in the journal Nature Communications, the team looked at mobility data from Google to analyze how people’s movement patterns changed after their state enacted a restriction.

The data come from smartphone users who turn on the Location History setting in their phones.

All the information is anonymous and compiled in such a way that researchers can’t see individual patterns, only how many people are traveling outside their homes compared to past, pre-COVID baselines. 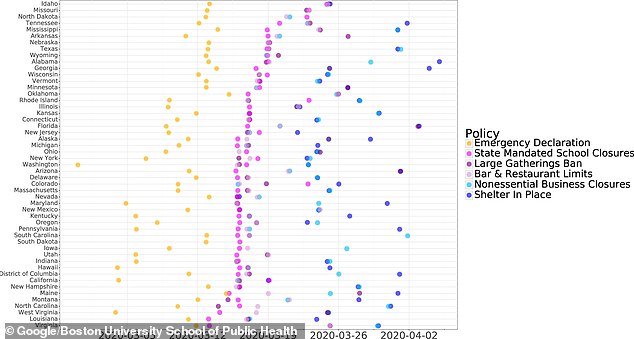 The researchers first looked at state emergency declarations. Though these declarations didn’t actually impose any restrictions, these initial orders caused a ten percent decrease nationwide in how much time people spent away from their homes.

At the same time, they went to grocery stores eight percent more – stocking up on supplies.

Next, the researchers looked at social distancing orders – limits on specific activities and businesses (such as large events and dining) to help people stay six feet apart and avoid crowded spaces. In most states, the first distancing order was closing schools.

Social distancing orders led people to stay home about 25 percent more. About one-third of the population stopped going to retail and recreational outlets, and 28 percent stopped going to work.

By April 5, four in five states had ordered their residents to stay at home – with ‘shelter-in-place’ restrictions. These orders had an even stronger impact, with another third of the population staying home.

And, with a 10 percent mobility decrease, cases went down by 18 percent two weeks later. In subsequent weeks, case rates went down even more.

The effect of a social distancing order varied greatly by state, from a 12 percent mobility reduction in Louisiana to a 36 percent reduction in New Jersey

Unlike in countries like China, where the government could enforce widespread lockdowns, the U.S. largely left restrictions up to individual states.

Resident response to these orders also varied by state. In more liberal states, residents reacted more strongly, evidenced by a higher reduction in their mobility.

Some states in the South and Midwest, on the other hand, saw a mobility reduction of less than 20 percent. Louisiana had the lowest reduction at just 12 percent. 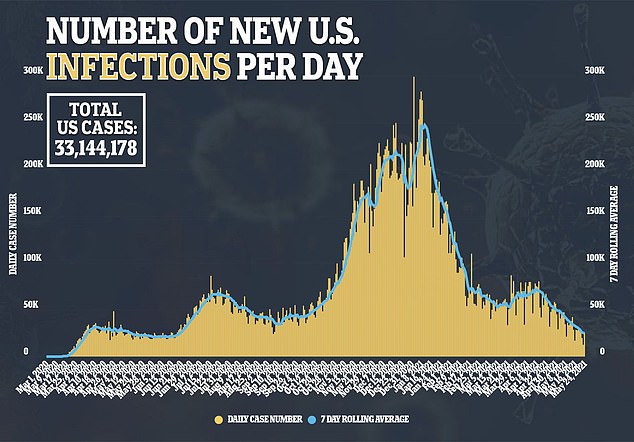 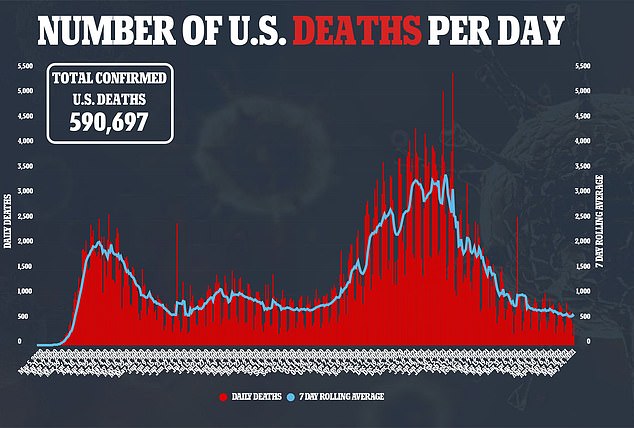 In later outbreaks, the U.S. opted for more targeted restrictions – such as shutdowns of large events, schools, and dining – instead of widespread lockdowns.

Many states had also stepped up their testing, contact tracing, and other public health measures. These measures helped to control COVID spread without sending the economy spiraling.

While research into the cost of these lockdowns is still ongoing, the researchers say it’s known they caused job losses, a rise in overdose deaths, and possibly other health impacts – as people avoided going to the hospital for fear of catching COVID.

In future crises, leaders will need to balance the benefits and costs of lockdowns as a strategy for shutting down disease outbreaks, they add. 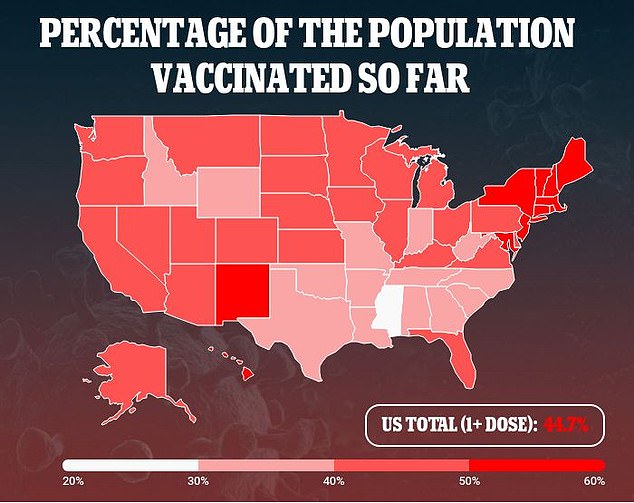 Almost half of the U.S. population has now been vaccinated against COVID