Jonathan Van-Tam lit up social media tonight after trumpeting the approval of a vaccine by reviving his colourful train metaphor.

England’s deputy chief medical officer triumphantly declared at a No10 press briefing: ‘The train has now slowed down safely, it is at the station.’

He steamed ahead with the drawn-out analogy, announcing that the train would be stopping all over the country and urging people to ‘get on’.

After assuring there would be ‘several more trains’ coming down the tracks – believed to be a coded signal that not everyone would receive a jab in the first phase of the rollout – he finally said: ‘Now, for some serious science points.’

Mr Van-Tam has become a familiar face during the pandemic, regularly flanking ministers at Downing Street press briefings and conjuring up vivid imagery to illustrate his point.

He burnished those credentials further today when explaining the logistical difficulties of storing the Pfizer/BioNTech vaccine.

‘It is not a yoghurt that can be taken out of the fridge and put back multiple times,’ he said, before later trending on Twitter.

Jonathan Van-Tam (pictured tonight) has set social media ablaze after trumpeting the approval of a vaccine by reviving his train metaphor. 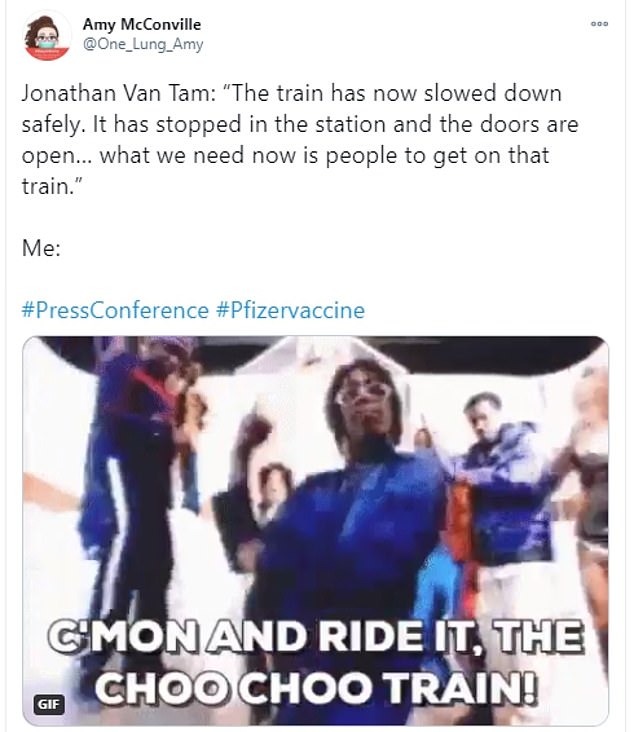 Tonight he joined Boris Johnson and NHS chief executive Sir Simon Stevens in mapping out the next stages of the Pfizer vaccine rollout following its approval by the MHRA.

After hailing the scientific feat, he launched into the train analogy to implore Britons to get a jab.

He said: ‘What a fantastic journey. I gave you the train analogy many weeks ago now.

‘The train has now slowed down safely, it is at the station. The doors have opened – that was the authorisation by the MHRA.

‘What we need now is for people to get on that train and travel safely to their destinations. Those destinations are all over the UK. This train is going to stop several times on the way, it’s going to have to reach all parts of the UK.

‘There are going to be several trains coming behind it and that is all going to take time.

‘So everyone should be delighted today, but patient and realistic about how this rolls out the next few months. Now, for some serious science points…’ 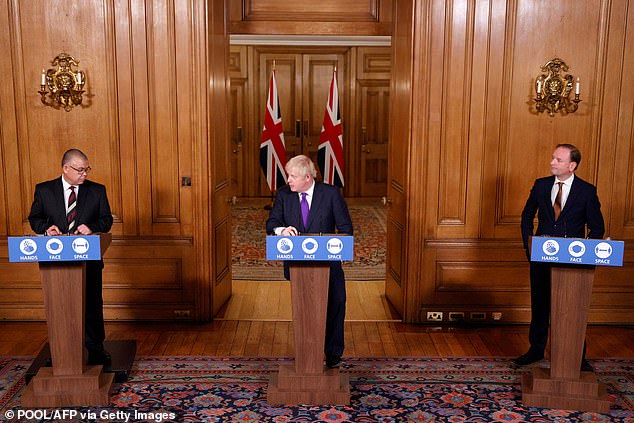 The long-winded analogy came after he had previously likened the vaccine to a train, coming down the tracks with its headlights on.

One viewer tweeted: ‘Well let’s hope the train is running on time, there’s no leaves or the wrong kind of snow on the tracks and the destination station isn’t closed for Christmas engineering works!’

Another added: ‘Likening the process to a train network does not necessarily bode well in this country.’

Mr Van-Tam also implored Britons to take the vaccine using plain English: ‘We need people to take it. This vaccine isn’t going to help you if you don’t take it.’

He said the Government is working to get doses of the newly approved coronavirus vaccine into care homes ‘as soon as it is legally and technically possible’.

Care home residents will not receive the first doses of the newly approved Pfizer/BioNTech jab – despite them being at the top of the priority list. 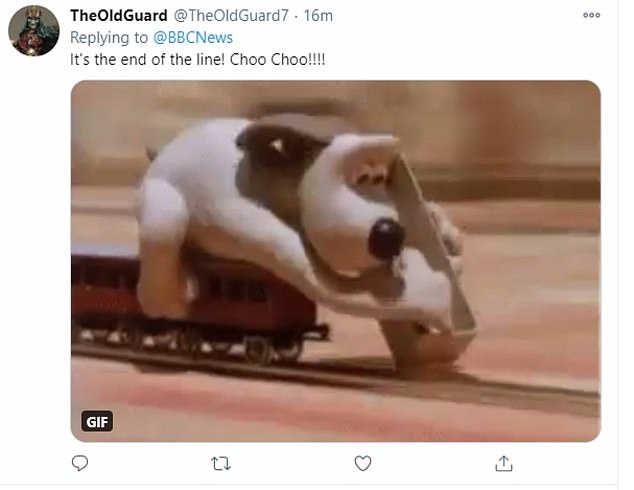 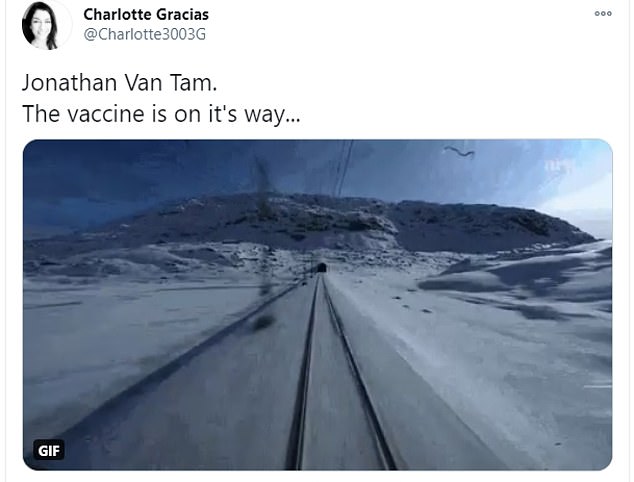 Advice from the Joint Committee on Vaccination and Immunisation (JCVI) is that vaccines should first be offered to elderly people in care homes and care home workers.

But Sir Simon told the Downing Street press conference that care home residents will not be able to receive the vaccination until it is confirmed that batches of the vaccine can be safely divided.

The vaccine comes in batches of 975, and with most care homes caring for dozens of residents, the Government wants to avoid wastage.

Mr Van-Tam said suggestions that the Government was failing to protect society’s most vulnerable were ‘extremely unfair’.

He said: ‘Professor Stevens has been very clear that as soon as it is legally and technically possible to get the vaccine into care homes, we will do so.

‘But this is a complex product with a very fragile cold chain. It’s not a yoghurt that can be taken out of the fridge and put back in multiple times, it’s really tricky to handle.

‘And so I think we’ll get there as fast as we can is the answer, and we are trying extremely hard.’

The Pfizer vaccine was approved on Wednesday by the Medicines and Healthcare products Regulatory Agency (MHRA).

Sir Simon said people over 80, care home staff and elderly people who may already be coming in for a hospital appointment will be offered the jab from next week.

The NHS England chief executive said: ‘If the MHRA, the independent regulator, as we expect they will, give approval for a safe way of splitting these packs of 975 doses then the good news is we will be able to start distributing those to care homes.’

Earlier on Wednesday, the Prime Minister’s spokesman had agreed when asked if care home residents would start to get the vaccine next week.