Social worker, 53, bombarded a 15-year-old boy with 15,000 text messages over 10 weeks, took him on a holiday and performed sex acts with him in her car

A Melbourne social worker bombarded a 15-year-old boy with thousands of text messages over a 10-week period, took him on a holiday and performed sex acts with him in her car.

Morena Milani, 53, was sentenced in Victoria’s County Court on Monday to a maximum three-and-a-half years behind bars after she pleaded guilty to the grooming, sexual assault and penetration of the teenager.

The court heard the married mother-of-two began pursuing the teenager in March 2018, saying she was concerned about his mental health.

Morena Milani (pictured), 53, was sentenced in Victoria’s County Court on Monday to a maximum three-and-a-half years behind bars

Within months, she was texting him ‘practically every day, practically all the time’, the teenager told later police.

‘Sometimes it would turn into, like, sexual things’, he said.

Almost 15,000 text messages and emails were exchanged between June 19 and August 10, with thousands of references to ‘sex, sexual acts, sexual fantasies and pornography’.

On his 15th birthday, Milani took the teenager to a Lake Mountain ski resort, where they played in the snow, drank cider and ate pizza.

On the trip, she allowed him to drive her car, despite being unlicensed, at 110km/h.

She also took the teenager to bars across Melbourne, engaged in tickle fights and gave him gifts.

On two occasions in August, Milani performed sex acts with the boy in her car.

There were plans to escalate the sexual activity during a trip to a country cottage, booked for late August. 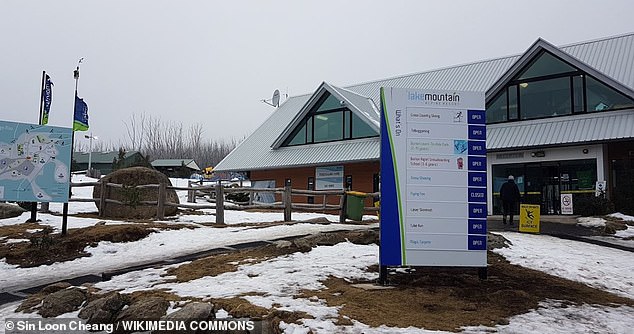 On his 15th birthday, Milani took the teenager to a Lake Mountain ski resort (pictured), where they played in the snow, drank cider and ate pizza

Police became involved when the teenager’s parents became aware of the large number of text messages, emails and phone calls he was receiving.

When Milani was arrested in November, police also uncovered a statement falsely accusing the teenager of sexual assault in an effort to hide her offending.

Judge Peter Lauritsen said the social worker, who started her own life-coaching business in 2011, had a ‘significant understanding of vulnerabilities and cognitive abilities of young people’.

‘Given your academic and occupational experience, you should’ve realised the harm your sexual activity would cause to the complainant and his family,’ he said, adding the psychological damage to the teen will ‘persist for the foreseeable future’.

He said he took into account Milani’s remorse, noting she had read a statement to the court apologising to her victim and his parents.

Her offending was attributed to her deteriorating mental health and alcohol abuse at the time.

She did not meet the boy through her job, and her former employer released a statement confirming she had no contact with children through her social work.

Milani will have to serve two years and two months of her sentence before being eligible for parole.