Sofia Richie is suggesting she and Scott Disick ‘outgrew’ each other.

The 22-year-old model and the 37-year-old Keeping Up With The Kardashians star called it quits over the summer after dating for three years, with sources citing a handful of reasons for their split.

Sharing some poignant quotes to her Instagram story on Thursday, Richie seemed to reference their breakup as she alluded to them becoming ‘different people.’

Growing apart: Sofia Richie, 22, is suggesting that she and Scott Disick, 37, ‘outgrew’ each other after splitting following three years of dating, as she shared some emotional poems to her Instagram story on Thursday; pictured 2017

In a series of poems posted to her social, Richie was clearly in her feelings as she projected her emotions to her 6.5M followers.

It continued, ‘you loved the person I was, i love the person i’m becoming.’ 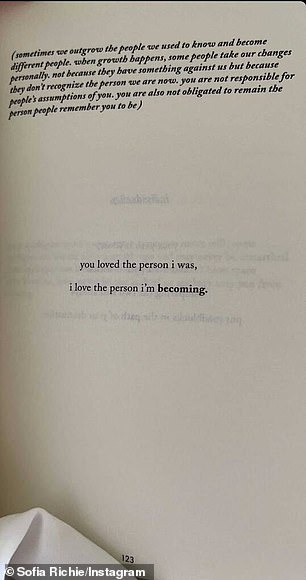 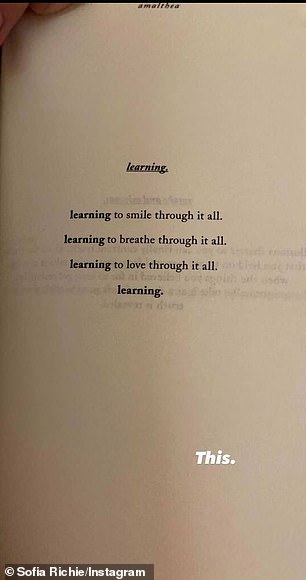 Introspective: Richie seemed to be in her feelings as she shared a series of poems to her Instagram story on Thursday 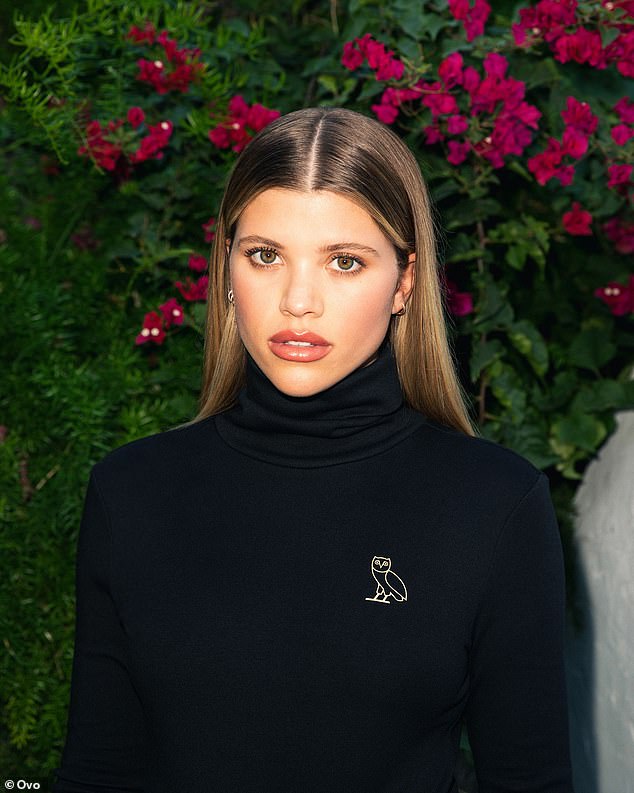 Finding herself: Since the split insiders have said that the pair realized they were on two different life paths which was amplified by their 15-year age gap; pictured December 7th

When news first hit that the two had reportedly called it quits in the spring, some said Richie wanted to ‘do her own thing,’ while Scott was dealing with his mental health.

The duo reconciled briefly but ended things for good in August.

Another source told ET that she was not in a place to serve as a stepmother figure at her tender age to Disick’s three kids who he shares with Kourtney Kardashian. 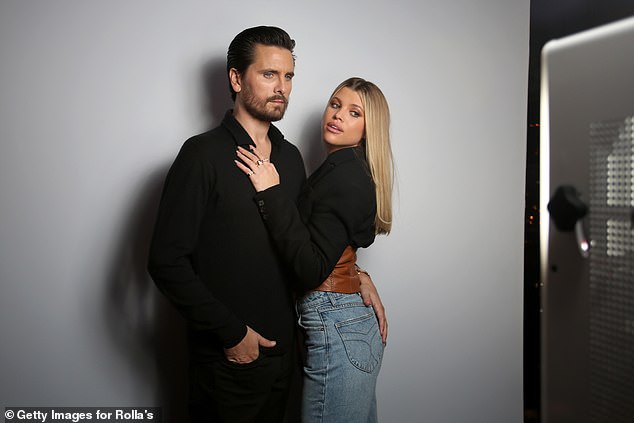 Different places: Sources said that Richie was not in a place to be a stepmom to his three kids who he shares with Kardashian; pictured February 2020

Despite the inside information feelings seemed to linger on her end as she was reportedly devastated when Scott was seen moving on so quickly.

He was spotted going to dinner with model Bella Banos in October and was linked to handful of blonde models including Megan Blake Irwin who he was seen with just two weeks later.

She was quick to unfollow him on social media and in recent months seems to have moved on with Matthew Morton, 27, who is the son of Hard Rock Hotelier Peter Morton.

Though insiders shut down that there was anything serious going on between the two in late October as one said, ‘She’s having fun and isn’t looking for a relationship,’ just weeks later her camp seemed to confirm the romance. 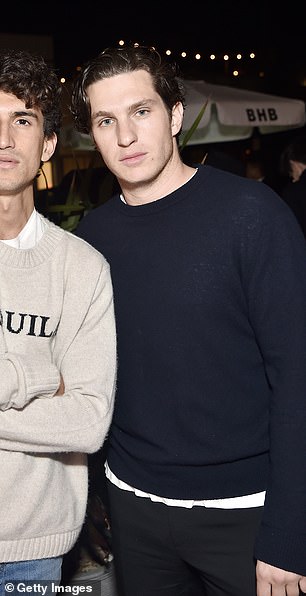 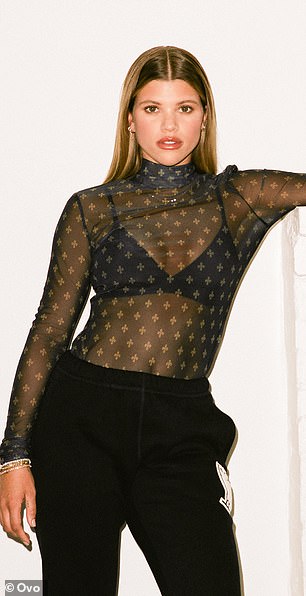 New flame: Richie has been linked to Morton in recent months with sources saying they are ‘totally a thing’

A source said: ‘Matt and Sofia are totally a thing, and he’s really excited about it.They both run in the same circle and have known each other. So, it’s easy and fun for both of them. Sofia’s family approves of him, which is super nice for her.’

Famous father Lionel Richie reportedly was not super keen on Disick which ‘played a big role in [the couple’s] issues’ while they were together.

In recent weeks Disick has been linked to 19-year-old model Amelia Hamlin who is the daughter of Real Housewife Of Beverly Hills star Lisa Rinna.

The two have been seen frolicking on the beach in Malibu and having romantic dinners, which caused Richie to feel betrayed by the Hamlin family – and swiftly unfollowing them on Instagram – as they were family friends. 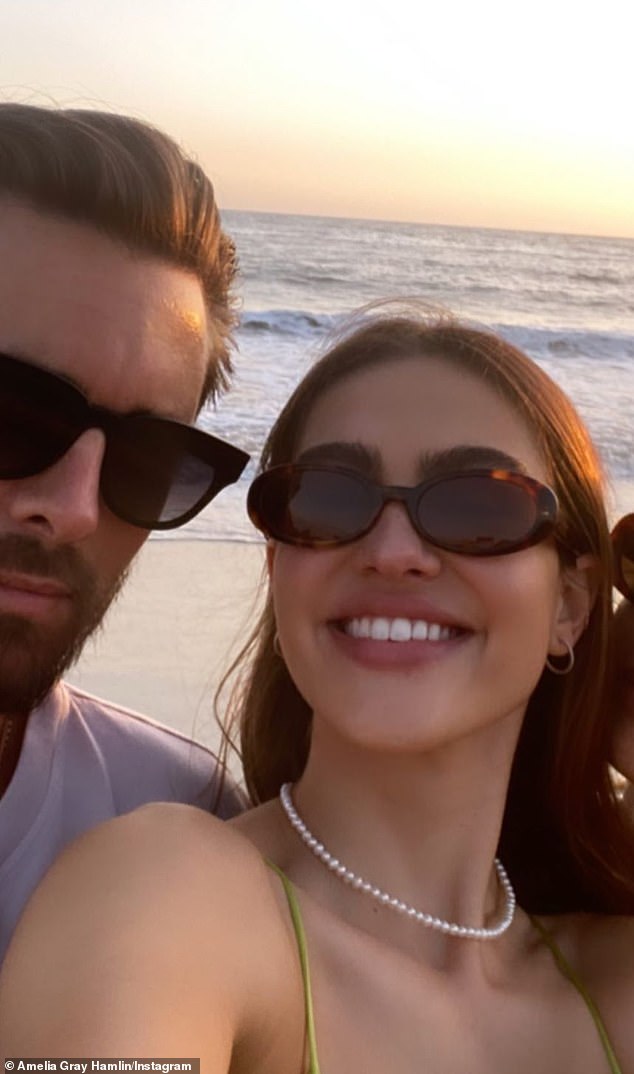 Thankful: Amelia shared a selfie of her and Disick on Thanksgiving as she said she was ‘thankful’ for him; pictured November 26