She is rarely seen wearing flats.

And on Friday, Sofia Vergara stepped out for a day of shopping at Saks Fifth Ave in Beverly Hills.

While there, the Modern Family star made a pit stop in the shoe department.

Looking for a new purchase! On Friday, Sofia Vergara, 45, stepped out for a day of shopping at Saks Fifth Ave in Beverly Hills

Sofia paired her blouse with a pair of boyfriend jeans. 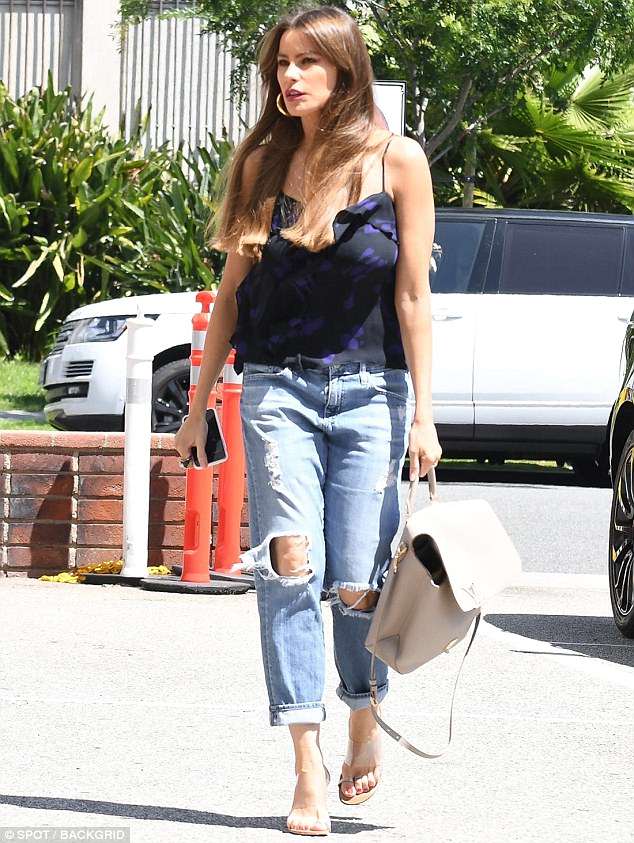 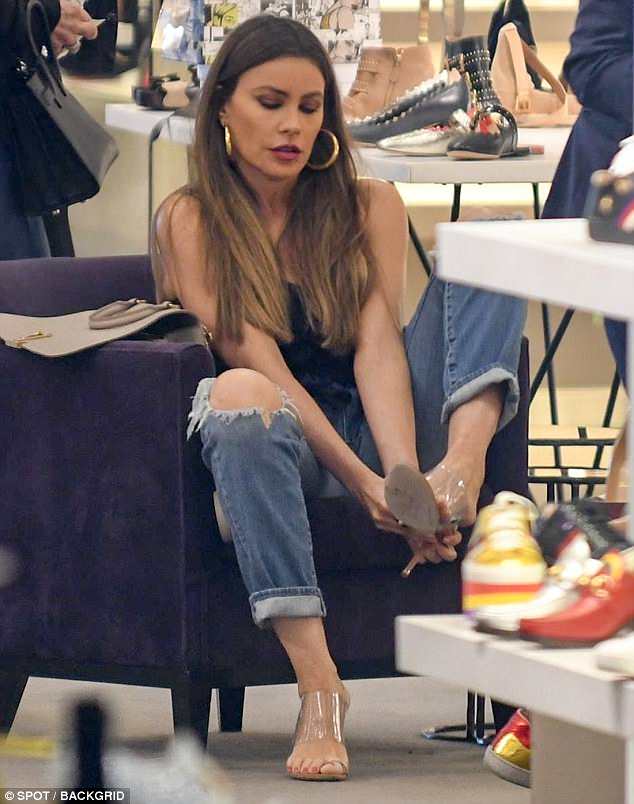 Her comfort zone: During her shopping trip, the star made a pit stop in the shoe department

During her day of shopping at Saks, the Latina beauty made sure to stop by the shoe department.

The Stano actress was seen sitting and putting her shoes back on, hinting that she certainly tried on a pair.

But Sofia did not appear to make a purchase, as she left the store empty handed.

Since November of 2015, Sofia has been married to handsome husband, Joe Manganiello, 41.

In an interview with Cigar Aficionado, the Pittsburgh native, who’s starring alongside his wife in Stano, revealed his ‘biggest adjustment in marriage.’

‘The biggest adjustment in marriage? Coming to grips with the idea that someone who is not related to you could possibly love you that much. She was it for me.’

‘People say things like, “Marriage and relationships are work.” But it’s not. Life is hard. Having somebody to help you deal with it is the greatest thing that ever happened.’ 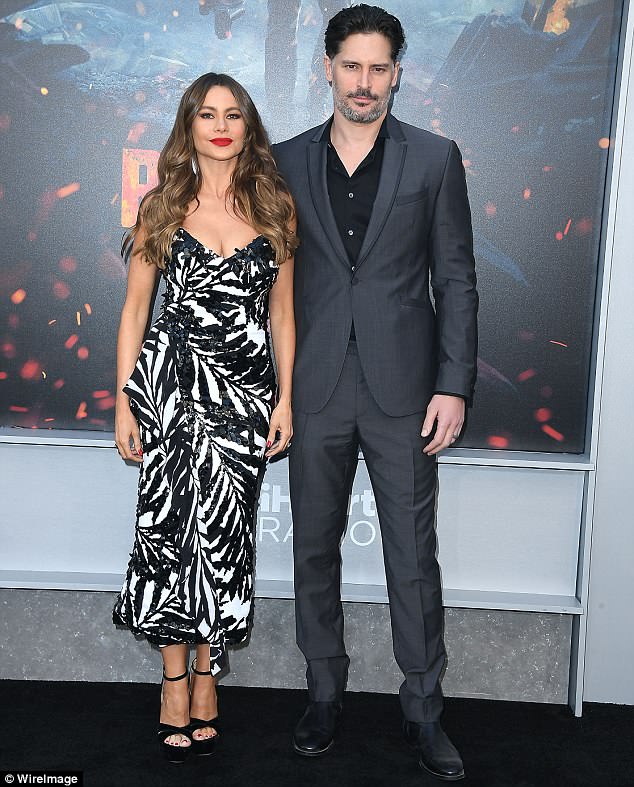 In love: Sofia is seen with husband Joe Manganiello, 41, earlier this month