The agreement is expected to give SoftBank some 15 percent of Uber’s equity, by acquiring shares from early investors — cutting the estimated value of Uber by 30 percent

Uber and SoftBank announced a deal on Thursday allowing the Japanese tech titan to take a large stake in the US ridesharing giant, making a hefty cut in the valuation of the biggest venture-backed startup.

SoftBank will acquire 15 percent of Uber’s equity at a discount of 30 percent from its most recent value, according to a source familiar with the terms of the deal.

The new investment, which will be finalized in January, is part of an effort by Uber to move past a series of scandals and missteps and reform its board structure as it gears up for a 2019 public share offering.

A source familiar with the deal said SoftBank had reached agreements with investors to achieve its target of a 15 percent share.

The two firms did not provide details of the valuation but the source said the investment was based on Uber’s worth of $48 billion, down from $71 billion earlier this year.

“We look forward to working with the purchasers to close the overall transaction, which we expect to support our technology investments, fuel our growth, and strengthen our corporate governance,” Uber said in an emailed statement.

A separate statement from Rajeev Misra, chief executive of SoftBank Investment Advisers, said, “We are appreciative of the support from Uber’s shareholders in the successful tender offer and look forward to closing the overall investment in January.”

“We have tremendous confidence in Uber’s leadership and employees and are excited to support Uber as it continues to reinvent how people and goods are transported around the world,” he added.

The source said SoftBank’s total investment in Uber will amount to $7.7 billion including a $1 billion infusion announced earlier this year. 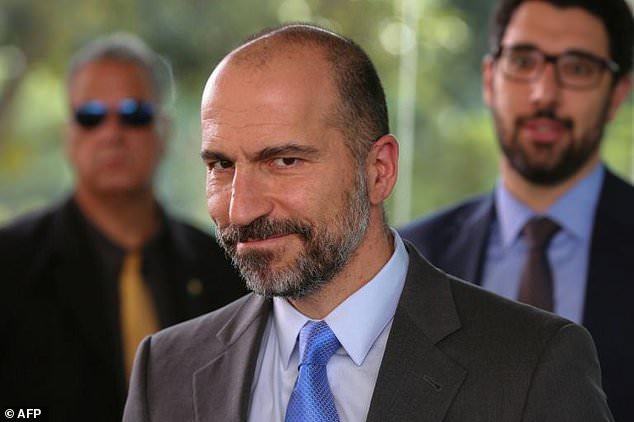 The earlier investment was made at the higher valuation and the share repurchases at a lower value, leaving a “blended” valuation for Uber at $54 billion, according to the source.

The investment is part of the effort by SoftBank to become a major player in the global tech world with a massive $100 billion fund, much of it targeted for Silicon Valley startups.

At Uber, new chief executive Dara Khosrowshahi has vowed to fix the company’s work culture and business practices, after taking over earlier this year from ousted founder Travis Kalanick.

Even as Uber has seen unprecedented growth by expanding to dozens of countries, it has been hurt by missteps including allegations of executive misconduct, a toxic work atmosphere and potentially unethical competitive practices.

The SoftBank deal is expected to put an end to litigation among stakeholders and clear the way for new board members, further loosening Kalanick’s grip.

Uber however still faces numerous challenges including rulings from regulators that it unfairly competes with taxi operators, with London authorities having pulled its license.

Uber is also seeking to become a major player in autonomous cars, and has agreed to buy and adapt vehicles from Volvo to begin operating self-driving taxis. But it faces a trail from former Google car unit Waymo alleging Uber executives stole trade secrets.

The ridesharing group’s website says it has operations in 616 cities in 77 countries and some 16,000 employees. In most cases Uber drivers are treated as independent contractors.