Software developer hacks Animal Crossing New Horizons to make it compatible with ‘smart’ sex toys that will vibrate every time players cast a fishing line, use their shovels, or chop down trees

A computer programmer in San Francisco has hacked Nintendo’s Animal Crossing: New Horizon so that the game will make smart sex toys vibrate on command.

The hack redirects wireless signals from the game that intended to make the controller vibrate to a Bluetooth-enabled sex toy, which will vibrate instead of the controller.

Players can control the vibrations themselves by performing in-game actions that would normally make the controller rumble, including chopping down trees, digging with a shovel, and casting fishing lines.

A San Franciso coder hacked Nintendo’s Animal Crossing: New Horizon so that it can sync with Bluetooth-enabled sex toys

The hack was developed by Kyle Machulis, a programmer who runs a small teledildonics company called buttplug.io, who tested it with a Lovense ‘Hush’ buttplug.

While there’s no direct way to use the hack with another player online for a virtual romantic encounter, players can indirectly trigger the vibration function for each other, according to a report in Vice.

Using an in-game item called a pitfall seed, players can leave holes for one another, and if their characters fall into those holes the game will send a vibration signal in regular pulses until they climb out again, by repeatedly pressing the A button.

Machulis shared his code on Github in the hopes of inspiring other modders to continue experimenting with it.

The code was based on a previous package called Intiface Game Haptics Router, which hasn previously been used to synch vibrators and other smart sex toys to games, including Rocket League, Dark Souls 2, and Beat Saber. 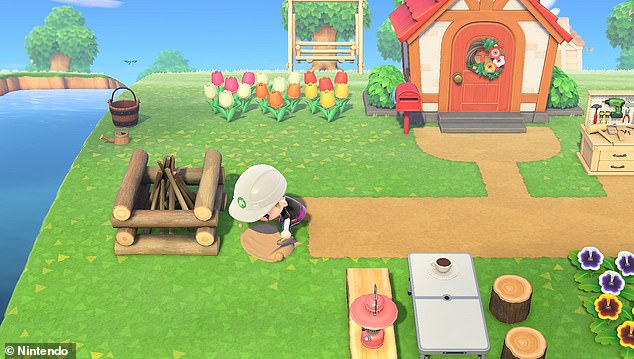 Every time a player performs an in-game action that would make the controller ‘rumble,’ the signal will instead be routed to the sex toy and make it vibrate instead 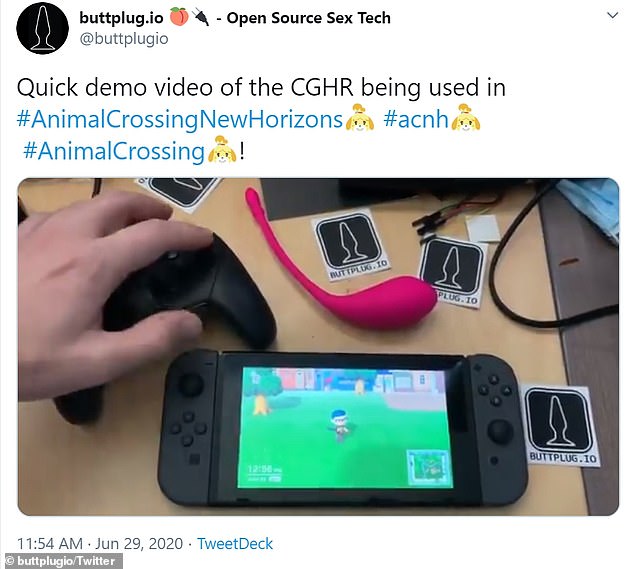 The hack was developed by Kyle Machulis, who runs the small teledildonics company buttplug.io

Machulis says he began working on adapting the system for Animal Crossing: New Horizon after receiving requests from fans and customers who had used his previous products.

The interface could also be used by cam models, who could sell viewers individual vibration-triggering actions as they stream themselves playing the game.

Originally described as a ‘communication game,’ it put players in a small village inhabited by anthropomorphic animals with unique personalities.

Players can run errands for these unpredictable characters, gradually building friendships while accruing currency and in-game resources to customize and expand their own homes.