She was due to play at AfroPunk in South Africa on New Year’s Eve.

But Solange was forced to cancel her gig on Wednesday after taking to Instagram to reveal that she has been fighting an autonomic disorder for five months.

‘Wrote, deleted and re wrote this like 5 times…Still not sure what exactly or how much I want to share…’ the 31-year-old wrote in a long caption of a snap of herself tossing her long curly hair back over her head.

Being treated: On Wednesday, Solange was forced to cancel her New Year’s Eve gig at AfroPunk in South Africa,  taking to Instagram to reveal that she has been fighting an autonomic disorder for five months

‘I have been quietly treating, and working through an Autonomic Disorder. It’s been a journey that hasn’t been easy on me.

‘Sometimes I feel cool, and other times not so cool at all. It’s a complicated diagnoses, and I’m still learning so much myself.

‘But right now, my doctors are not clearing me for such an extended lengthy flight, and doing a rigorous show right after.’

The Cranes In The Sky singer did not reveal which specific symptoms she’s suffering from, as the diagnosis is an umbrella term for a breakdown of the autonomic nervous system. 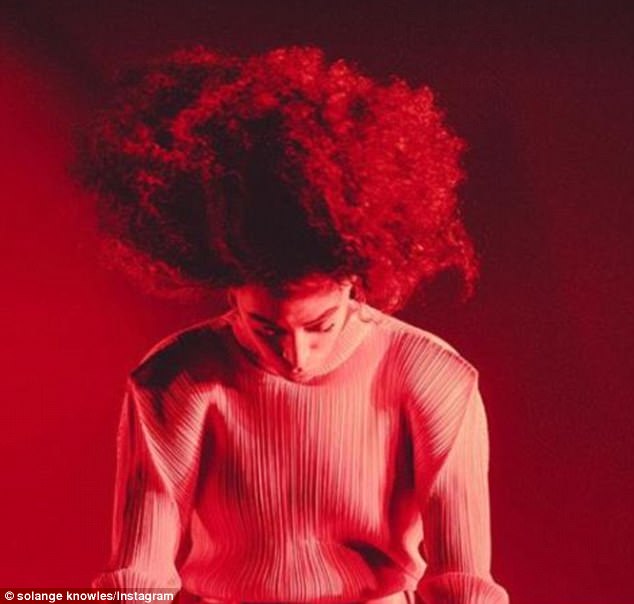 Serious diagnosis: ‘I have been quietly treating, and working through an Autonomic Disorder. It’s been a journey that hasn’t been easy on me,’ she wrote

It regulates internal organs including the heart, leading to problems with heart rate, blood pressure and digestion, according to NYU Langone’s Dysautonomia Center.

Solange continued:’It’s so important to me for the people in South Africa, a place that has tremendous meaning to me and that has given me SO SO MUCH, to know why I won’t be performing.’

She also pulled out of a concert in Florida in November, citing health concerns

However, Solange, who is presently sporting a short blonde Afro, vowed to return to South Africa when she was better.

She also thanked the other festivals who knew about her health, ‘kept it confidential’ and had ‘gone out of their way’ to make her feel supported.

Beyonce’s sister ended the emotional caption by writing: ‘This past year has been one of the most fulfilling of my life…

‘Performing this record [A Seat At The Table] and experiencing the energy exchange with you guys has been astounding.

‘I’m so excited about continuing to do the work I feel so absolutely humbled and appreciative to be doing next year. It gives me life.’