Solange told her fans that she has been battling an autonomic disorder and would not be able to perform her scheduled New Year’s Eve Afropunk show in South Africa in an emotional Instagram post on Wednesday.

‘The past five months I have been quietly treating, and working through an Autonomic Disorder,’ she revealed.

The 31-year-old singer did not divulge which particular condition she is battling, but autonomic disorders in general affect the regulation of body systems like blood pressure and heart rate, digestion, sweating and sexual function.

There are at least 14 types of autonomic diseases that usually show up with symptoms like fainting or lightheadedness, constipation, or issues with bladder control and sexual function. Some people also get tired very quickly.

‘It’s a complicated diagnoses, and I’m still learning so much myself, but right now, my doctors are not clearing me for such an extended lengthy flight, and doing a rigorous show right after,’ Solange wrote.

The autonomic system controls everything our bodies do automatically, without our having to think about it, sending unnoticed signals from the brain to the heart, lungs, skin and digestive systems – among many others – telling them to do their jobs.

Because the autonomic system controls body temperature and sensation, people with dysfunctional ones will sometimes notice that they feel warmer or cooler even when their environments have stayed the same.

Perhaps alluding to this symptom, Solange wrote: ‘Sometimes I feel cool, and other times not so cool at all.’

You can think of the SANS and the PANS as the body’s green and red traffic lights.

The SANS tells our systems to ‘go,’ stimulating them into action, while the PANS is the red light, signaling those systems to pump the breaks and slow down, with a few exceptions. The PANS tells the urinary and digestive systems to ‘go.’

Both systems need to stay in working order to modulate the way the body handles stress.

The SANS makes sure that we are ready to act – raising our heart rates and breathing and heightening our senses – when its time to respond to an emergency. The PANS makes sure we store up enough energy and brings our bodies back to normal when a crisis has passed. 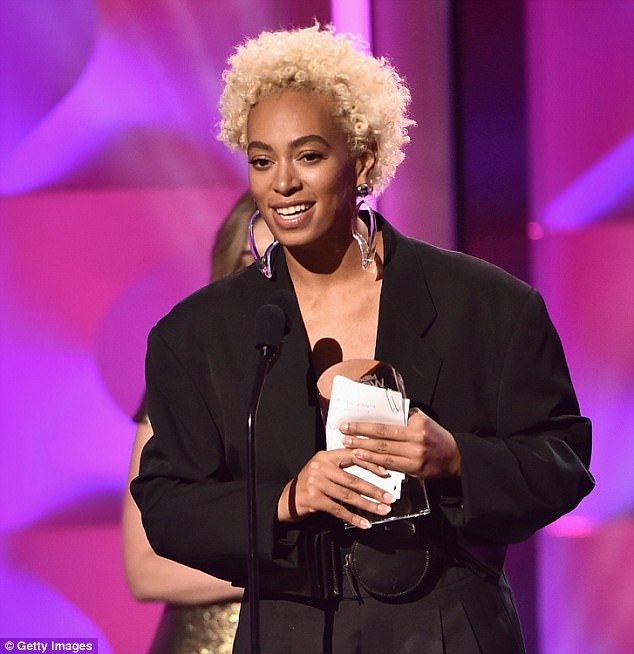 Solange was well enough to accept a Billboard Women in Music award on November 30, but earlier that month she had to cancel a show in Florida due to health concerns

Travel and performance both certainly qualify as stressful situations that Solange’s autonomic system may be ill-equipped to handle right now.

There have been small warning signs that Solange’s health was suffering.

Her Wednesday announcement sheds some light on what Solange has been suffering, and the five month window confirms that her November cancellation was warranted.

Autonomic disorders are a broad category, and some can be life-threatening, while others are quite mild.

Solange’s sickness arises when the nerves of either the SANS or the PANS are damaged, essentially interfering with the signals to between the brain and body, so the systems that normally run just fine on their own may not know when to stop or go. 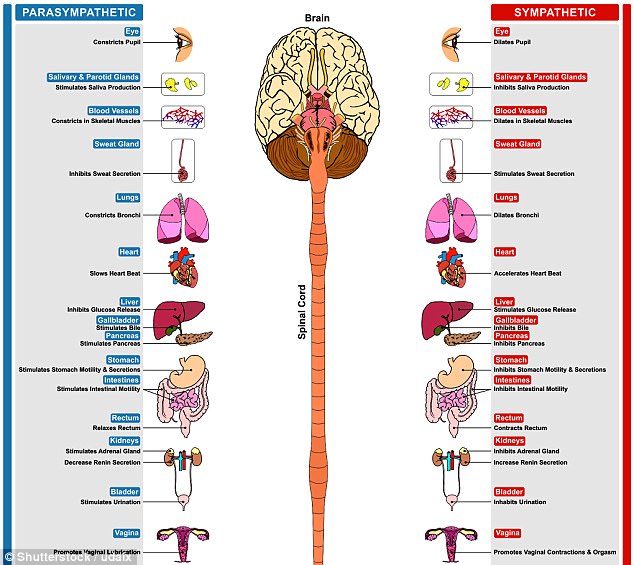 More than one million Americans suffer from a disorder in the same family as Solange’s.

The most common forms of disruption in the autonomic systems cause people to feel lightheaded or to faint due to sudden drops in blood pressure, especially after switching from lying down to standing up, or vice versa.

Two other common ones affect bladder and bowel control and can cause erectile dysfunction in men.

They are all often secondary conditions that develop in people that have other autoimmune diseases, diabetes, chronic illnesses, or whose nerves have been damaged, particularly by surgery. Such conditions are also sometimes caused by Parkinson’s disease.

Some people are genetically more likely to have abnormal protein buildup in their organs which can in turn cause autonomic dysfunctions.

The most effective treatments for an autonomic disorder is to target the underlying condition, but Solange may have to watch what she drinks, as alcohol can make her symptoms worse.

But because changes in blood pressure can often lead to worse symptoms, it’s important for autonomic disorder sufferers to be able to sit or lie down at will – something that could be nearly impossible for Solange during a performance or tour.